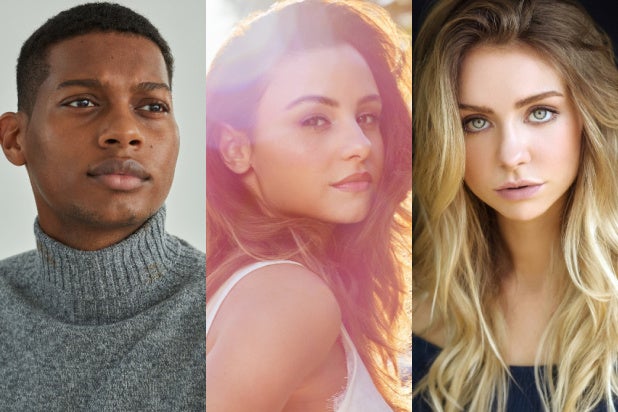 Shane Paul McGhie, Aimee Carrero and Maddie Phillips have joined the cast of “The Boys” spinoff series, which is set at a college for young adult superheroes, TheWrap has learned.

The untitled project, which has been in development at Amazon since September, will feature an ensemble cast, that also includes Lizze Broadway and Jaz Sinclair. The two will play young superheroes named Emma and Marie, respectively.

Set at America’s only college exclusively for young adult superheroes (and run by Vought International), the untitled spinoff is described as “an irreverent, R-rated series that explores the lives of hormonal, competitive Supes as they put their physical, sexual and moral boundaries to the test, competing for the best contracts in the best cities. Part college show, part ‘Hunger Games’ — with all the heart, satire and raunch of ‘The Boys.’”

“I would say it’s loosely inspired by an element of the comics, which is the G-Men. Part of the G-Men is there’s sort of an educational, college experience,” Kripke, who is currently in production on Season 3 of “The Boys,” told TheWrap in October. “And we just used that as a jumping-off point, kind of similar to ‘The Boys,’ where we sort of take an initial notion and then we are going to run with it in our own weird direction.”

The spinoff series will be produced by “The Boys” studio Sony Pictures Television Studios and Amazon Studios, in association with Point Grey Pictures, Kripke Enterprises and Original Film.