The Golden Globes on Sunday featured a number of upsets and rousing thank-yous as well as flubbed intros and snoozy speeches. Here are the highlights and lowlights as we saw them:

After the Golden Globes hosts Sandra Oh and Andy Samberg delivered a largely safe opening, going out of their way to praise the work of Hollywood, Oh hit a surprisingly emotional note about representation in the film and television industry and gains in diversity onscreen and off. She was referring to several films this awards season that feature people of color, and her hosting gig was itself a barrier breaker: she was the first Asian woman to front a major American awards show. Oh told the crowd that she had signed on as host because “I wanted to be here to look out into this audience and witness this moment of change.” She acknowledged that the progress could be temporary, saying, “I’m not fooling myself. Next year could be different.” But, she concluded, “right now, this moment is real.” As if to prove her point, the Globes rewarded a notably diverse group of actors, directors and stories. — Sopan Deb 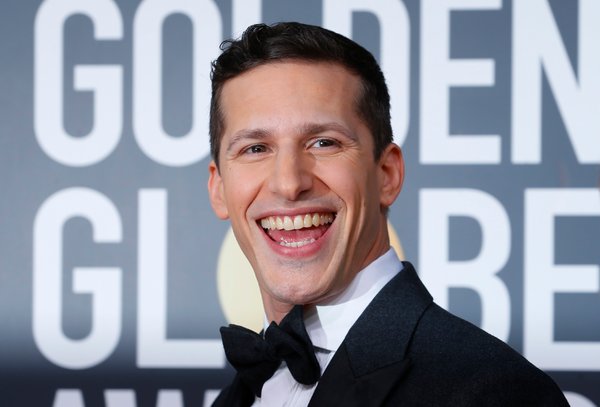 But Oh’s comments followed one of Samberg’s continuing niceness roast segments. It’s a fun enough idea, but it never quite landed, and segueing from that ironic niceness to Oh’s genuine earnestness just set everything off on a confusing, slippery start. The pacing never quite recovered. Presenters flubbed their intros, and commercials came at the wrong spots. The sound mix made it seem like the house was talking over the show, and even Carol Burnett couldn’t right the ship. — Margaret Lyons

[Read our review of the Globes telecast.]

Most Shocking Win (Especially to the Winner)

Everyone expected the Golden Globe for best actress in a drama to go to Lady Gaga for “A Star Is Born” … including Glenn Close apparently. When Close’s name was read instead, the look of total surprise on her face provided one of the night’s most memorable moments. She went on to deliver a heartfelt personal speech, connecting the struggle of her movie character — a thwarted writer who lives in the shadow of her Nobel-winning husband — with her own mother, who, Close said, had a tendency to sublimate herself to Close’s father. Between her speech and Olivia Colman’s equally gangbusters acceptance for best actress in a comedy (for “The Favourite”), the super-stacked best actress race at the Oscars just got even more interesting. — Kyle Buchanan

Second Most Shocking Win (Especially to ‘A Star Is Born’ Fans)

Going into Sunday’s ceremony, it seemed like “A Star Is Born” had a strong chance to take three top Globes. When Lady Gaga lost to Close, it was a shock but it didn’t seem like an omen. And when “Bohemian Rhapsody’s” Rami Malek beat out “A Star Is Born’s” Bradley Cooper for best actor in a drama, that seemed understandable. After all, Malek’s performance as Freddie Mercury had been widely praised. But when “Bohemian Rhapsody” was named best drama, “A Star Is Born” fans were not pleased. On social media there were digs at “Bohemian Rhapsody’s” credited director, Bryan Singer, who was replaced on the film and wasn’t thanked onstage Sunday. Perhaps one Twitter user put it best: “Is this the real life? Is this just fantasy? How did best picture go to Bohemian Rhapsody? Open your eyes, look up to the skies and see Gaga deserved more than 1 win and 2 nominees.” — Stephanie Goodman

[Read our critic on “Bohemian Rhapsody” vs. “A Star Is Born."]

Amy Poehler and Maya Rudolph brought a welcome silliness to the stage, first by joking around about supporting actors as a category and then with a faux proposal from a hyper-jittery Rudolph. It was short and goofy and most of all it looked like fun, in contrast to the largely joyless and desultory intros that preceded it. — Margaret Lyons

“The Americans,” which ended its six-season run last year, had been a critical darling since its debut, but it never seemed to get much award-show love — a shame, and a dumb shame at that. This was its last chance and thus a real relief when it won for best drama. Oddly, that award was handed out early in the telecast and without any buildup, so it seemed abrupt and hurried, but a win’s a win. — Margaret Lyons

[Read about the finale of “The Americans.”]

After the SAG Awards snubbed Regina King’s wonderfully warm performance as the matriarch in “If Beale Street Could Talk,” I started to worry that Oscar voters might follow suit. Luckily on Sunday, the night before voting for the Oscar nominations begins, King took the Golden Globe for best supporting actress and reminded the industry that she comes by that humanity quite naturally, in an acceptance speech so authentic and progressive (she pledged to seek gender parity in all her projects) that the orchestra that began to play her off soon thought better of it. — Kyle Buchanan

Not only was Oh a host, she was also a winner. She picked up a well-deserved award for her work on “Killing Eve,” and she seemed overjoyed — and still nowhere near as happy as her elated father, who leapt to his feet, clapping and beaming. It was completely charming, of course, but also a much-needed jolt of authentic happiness. Happy dads for all. — Margaret Lyons

[Read about hosts winning awards at the Globes.]

Last year, the Globes’ Cecil B. DeMille Award for lifetime achievement went to Oprah Winfrey, and she brought down the house with an empowering, inspirational speech that had the audience on its feet before it was even over. This year, Jeff Bridges … well, didn’t. While it was interesting to learn about the actor’s 50-year working relationship with his body double, Bridges was a bit Dude-like in his inability to really make a point. I guess the acting work will just have to speak for itself. — Mekado Murphy

Television has always felt like an afterthought at the Golden Globes. The Hollywood Foreign Press Association didn’t start giving out prizes for TV until 19 years into the awards’ existence. So it seems apt that it took more than half a century to get around to inventing a lifetime achievement award for TV. And yet it also seems right that the award be named after its first winner, Carol Burnett, who took the stage and ruminated on her good fortune to have been able to make a weekly variety show with a lot of moving parts.

Burnett was poignant and touched. But she was also funny, bluish in fact. And her humor had a kind of vestigial power. She knew she represented a kind of rear-guard entertainment that is disappearing from television, despite there being more television than ever, and has vacated the movies. On “The Carol Burnett Show,” Burnett was a zillion different people and yet somehow always herself — this vivid, voluble weirdo technician. Two of the night’s big movie nominees — “Vice” and “Green Book” — were made by the writers and directors of “Dumb and Dumber,” “Shallow Hal,” “Anchorman” and “Talladega Nights.” They’d gotten serious of late — or at least less funny. Farce has given way to greeting card and jeremiad. Burnett, too, went dark for a spell — in movies. But seeing her accept her own achievement award was a reminder that it’s not just TV that’s an afterthought but maybe laughter, too. — Wesley Morris

In one of the more offbeat gags of the night, Oh and Samberg had a special treat for the audience: flu shots! They were possibly going for the same kind of weirdness that Armie Hammer achieved with his hot dog cannon bit at the Oscars last year. Or it may have been just good public service. I mean, celebrities are busy. Techs in lab coats spread through the Beverly Hilton audience offering the shots, although they weren’t wearing gloves. Unsanitary! And based on the freely imbibing history of Globes participants, these probably weren’t the only shots some audience members took. Capping it off was Samberg’s directive to the anti-vaxxers in the crowd: “Just put a napkin over your head and we’ll skip you.” — Mekado Murphy

Christian Bale, who won for playing Dick Cheney in “Vice,” on his newfound specialty, charisma-less politicians: “What do you think, Mitch McConnell next?”

The presenter Tyler Perry on the audience at the Golden Globes: “Are the people as drunk as they seem? For everyone watching, yes they are.”

Patricia Clarkson, best supporting actress in a limited series, thanking her “Sharp Objects” director, Jean-Marc Vallée: “You demanded everything of me, except sex, which is exactly how it should be in our industry.”