That ’90s Show is reuniting one of That ’70s Show‘s original couples — and Mila Kunis is not pleased.

Netflix’s That ’90s Show: Everything We Know 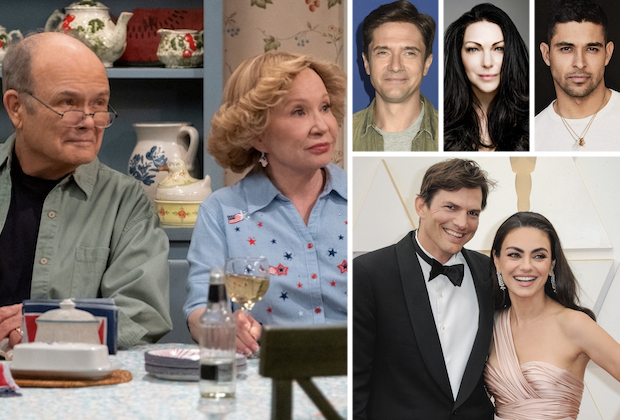 “My husband and I are together in it, which is weird because we shouldn’t have been,” Kunis tells Access Hollywood. “I called BS. I was like, ‘My character would be with Fez….’ Now [Kelso and I] are married with a kid, and I was like, ‘I don’t know about this.’”

Jackie had three major relationships during That ’70s Show‘s eight-season run on Fox. She dated Kelso on and off through Season 4, then moved on with fellow basement dweller Hyde (played by Danny Masterson), whom she dated through Season 7. The series’ second-to-last episode ultimately paired Jackie with Wilmer Valderrama’s Fez. 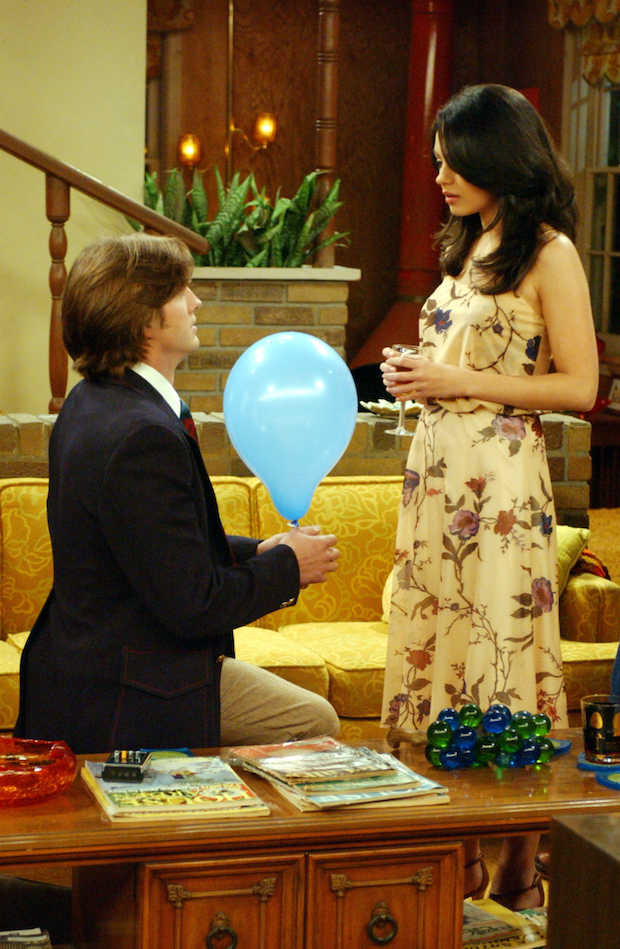 Earlier in Season 8, Kelso proposed to Jackie, but she turned him down. She realized that even though they’d always love each other, they had lots of growing up to do. Afterwards, Kelso moved to Chicago to be closer to his daughter Betsy, which paved the way for ’70s‘ Jackie-and-Fez endgame.

Aside from second-guessing Jackie and Kelso’s reunion, Kunis calls That ’90s Show “very sweet,” and says “anyone who has ever watched or loved That ’70s Show will be really happy with it. I really, truly believe it.” (For Kutcher’s comments on reprising Kelso, click here.)

Kunis can next be seen in the Netflix original movie Luckiest Girl Alive (streaming Friday, Oct. 7). That ’90s Show, which wrapped production on its first season in July, is still awaiting a release date.

Are you pleased that That ’90s Show is reuniting Jackie and Kelso? Or would you prefer if Jackie had wound up with Fez? Sound off in Comments.