She shared a cryptic message on her Instagram amid the season finale Tuesday that seemed like a goodbye. 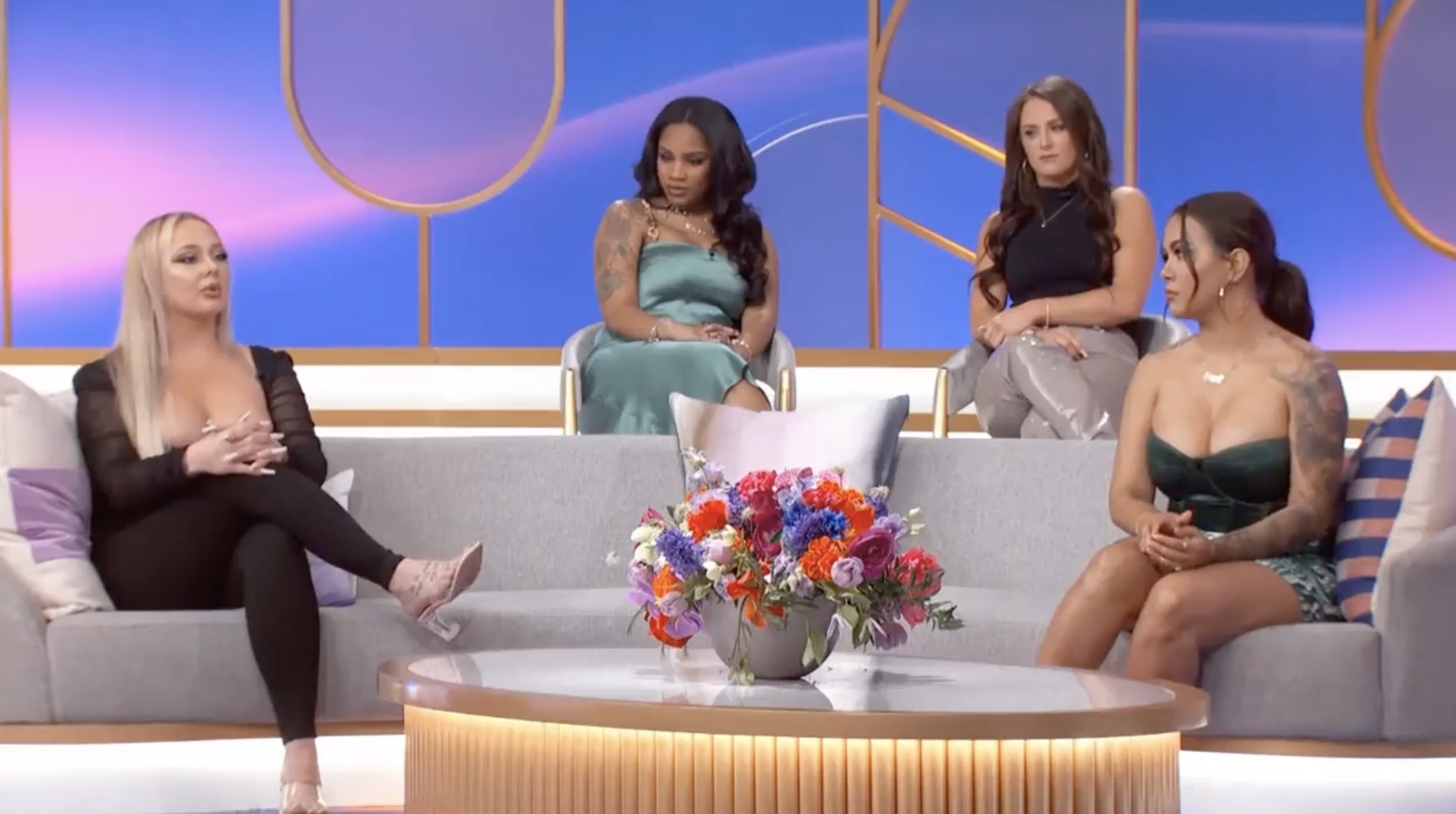 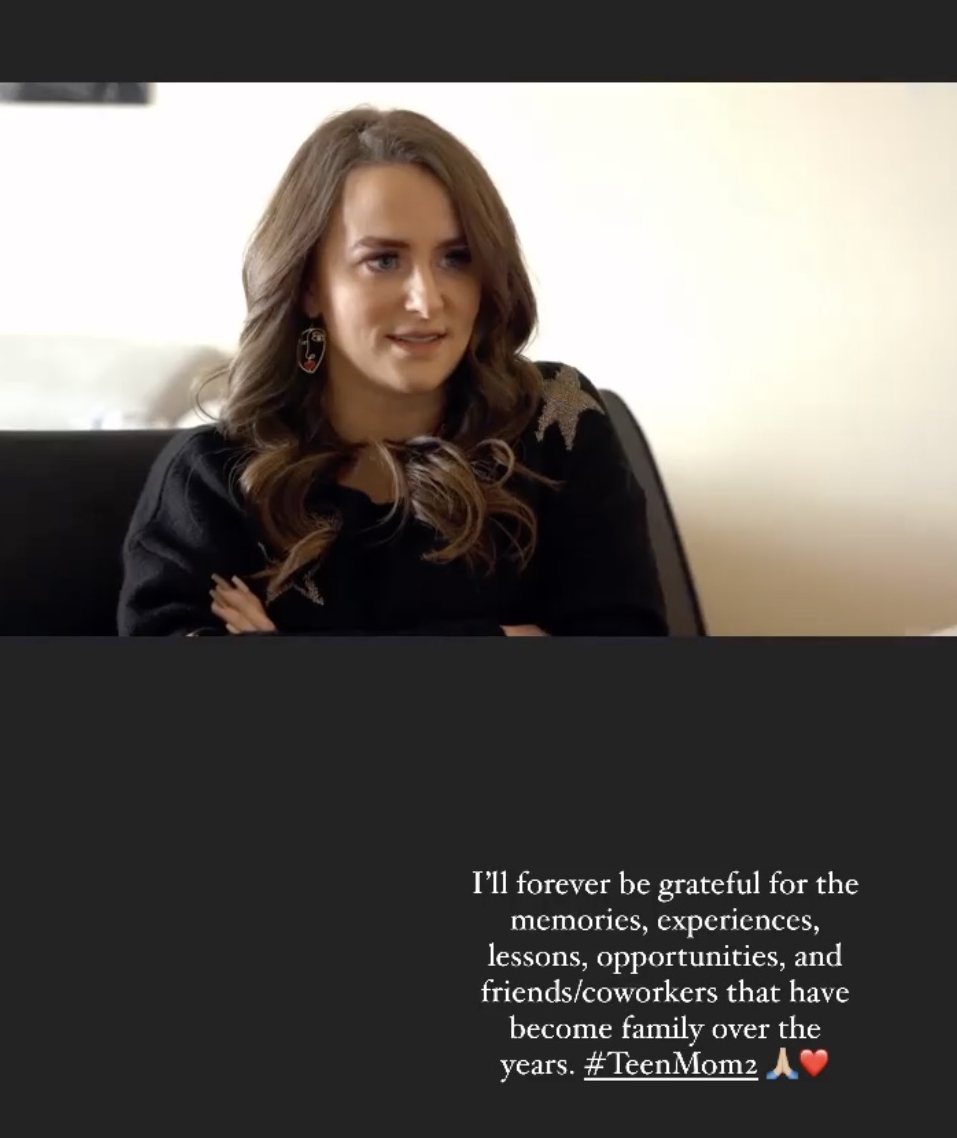 During tonight's Teen Mom 2 finale, Leah, 30, took to her Instagram Stories with a message that didn't go unnoticed.

"I'll forever be grateful for the memories, experiences, lessons, opportunities and friends/coworkers that have become family over the years," she captioned her post.

Above played a preview clip from the Season 11 finale, and she concluded her caption: "#teenmom2" with a heart and prayer emoji.

A Reddit thread exploded, titled: "So do you think this means Leah is also bowing out of Teen Mom?" 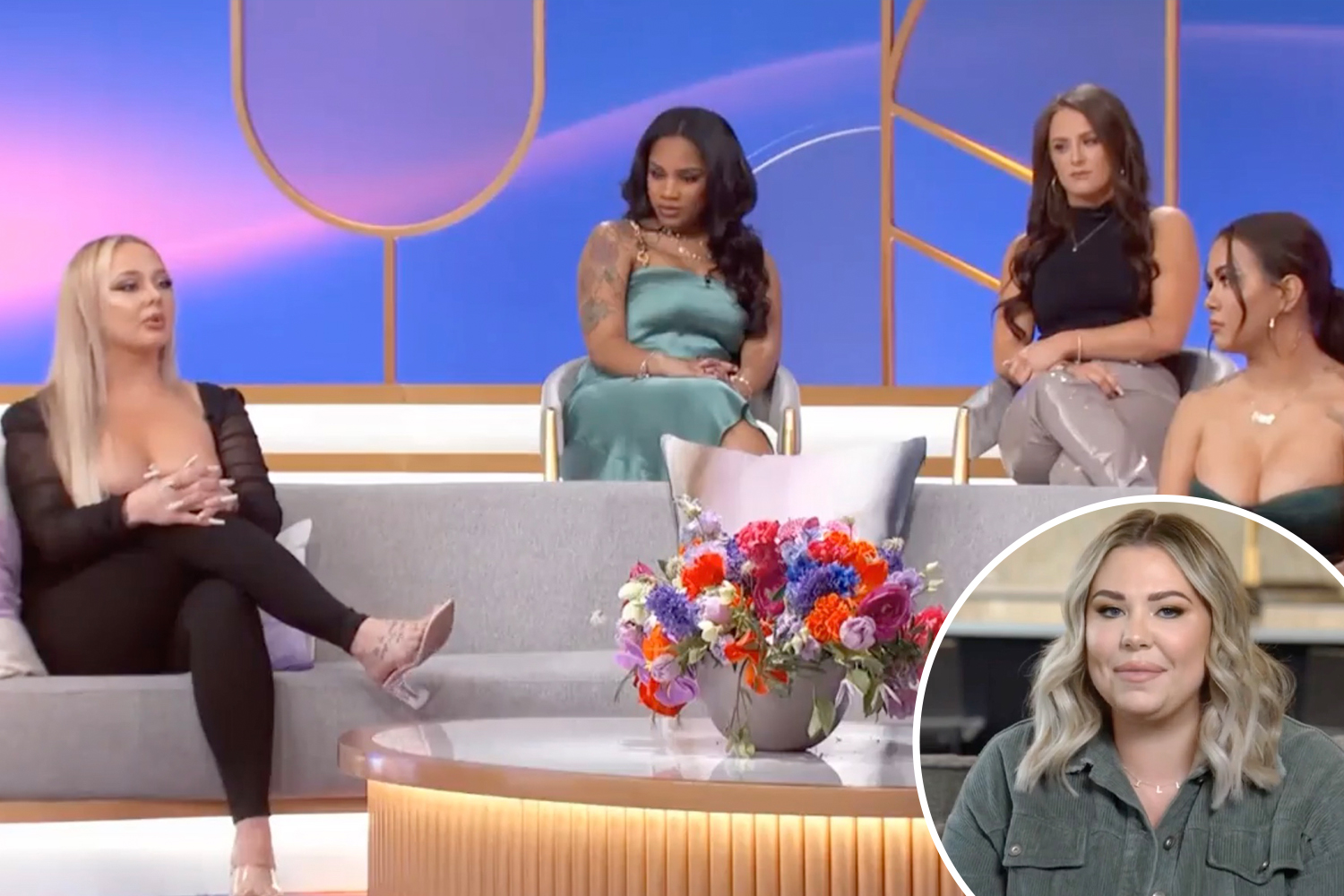 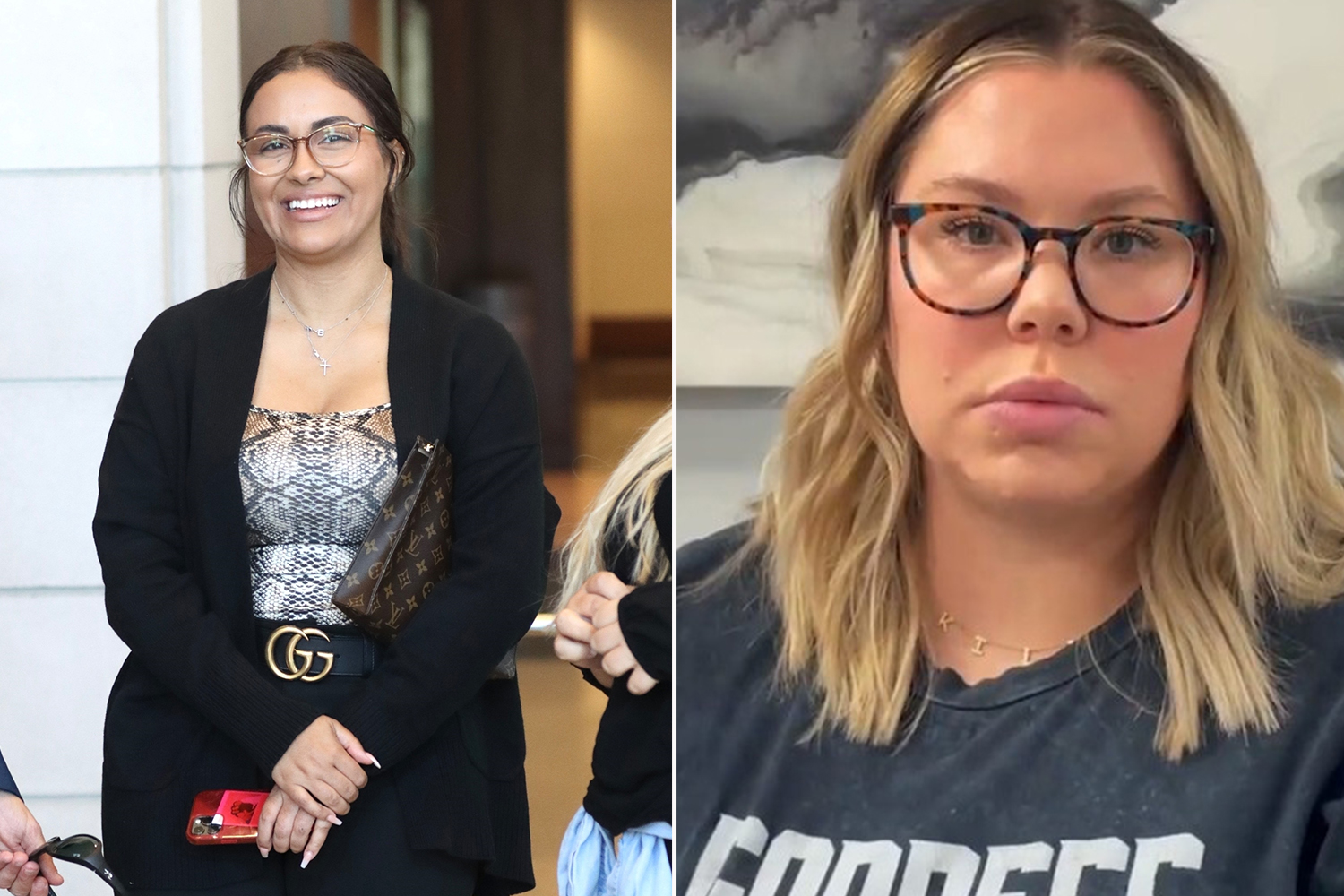 Though another wrote: "I think they canceled it and told the girls to keep it on DL."

A third chimed in: "Do we think they're actually bowing out or were they let go? My guess is it's either cancelled or these girls didn't make the cut for the supposed new combined show."

Another circled back on the Kailyn Lowry theory though dozens more commented with general shock.

"Could this be a jab at Kail? Since that preview just released of Kail seeming ungrateful and being told by producers that all of her success was made possible by the show.

They added: "Leah is saying in contrast that she is grateful. Kail and Leah seem to no longer be close now too."

Following tonight's season finale of Teen Mom 2, a preview clip showed that Kailyn decided not to attend the show's reunion – and seems done with the show.

Via video link, reunion co-host Nessa Diab told her: "We wish you were here," but Kailyn curtly replied: "I'm glad I'm not."

Asked by the other co-host Drew Pinksy, "Do you wanna stay on the show?", she shrugged and looked away.

She and Larry got into a dispute after Kailyn said that she felt she was being “harassed” to talk about her baby daddies – the MTV star has four boys from three different men.

She bragged: “I make more money podcasting than I do on Teen Mom.”

Larry replied: “I’m proud of all your success, but don’t forget, this show made it possible," and she then stuck up her two middle fingers at him.

In March, amid plummeting ratings, The Ashley Reality Roundup revealed that Teen Mom OG and Teen Mom 2 would reportedly be combined into one show with some cast getting CUT.

Kailyn, who hadn't filmed with the show in eight months ahead of the Season 11 finale shocker, also then mass unfollowed many of her former co-stars including longtime friend Leah.

It's now unclear where the series and its cast stand – Leah also recently posted about having filmed Dancing With the Stars.

That said, the fast-moving couple has moved into a massive $500k West Virginia home.

Only Jaylan put his name on the deed of the house – Leah's three daughters are set to live with them.

As another Redditor perhaps harshly speculated after Leah's Instagram message, she could "Live off Jaylan…"

They added, "when someone on Twitter said he was gonna mooch off her, I said HE’s the one with a career, multiple degrees, skills, and income."

Leah is mom to 12-year-old twins, Ali and Aleeah, with her ex Corey Simms, and 9-year-old daughter Adalyn, with her ex Jeremy Calvert. 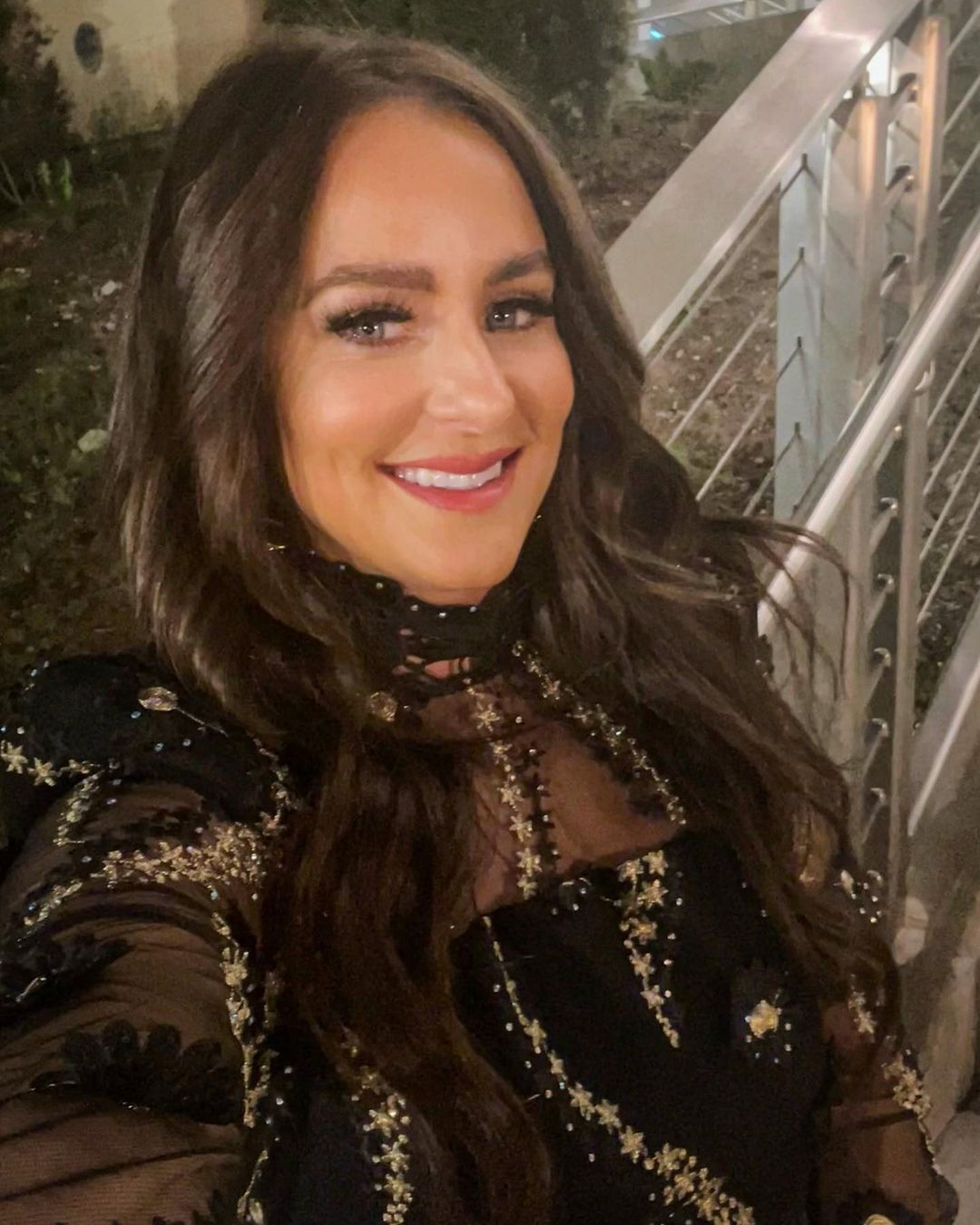 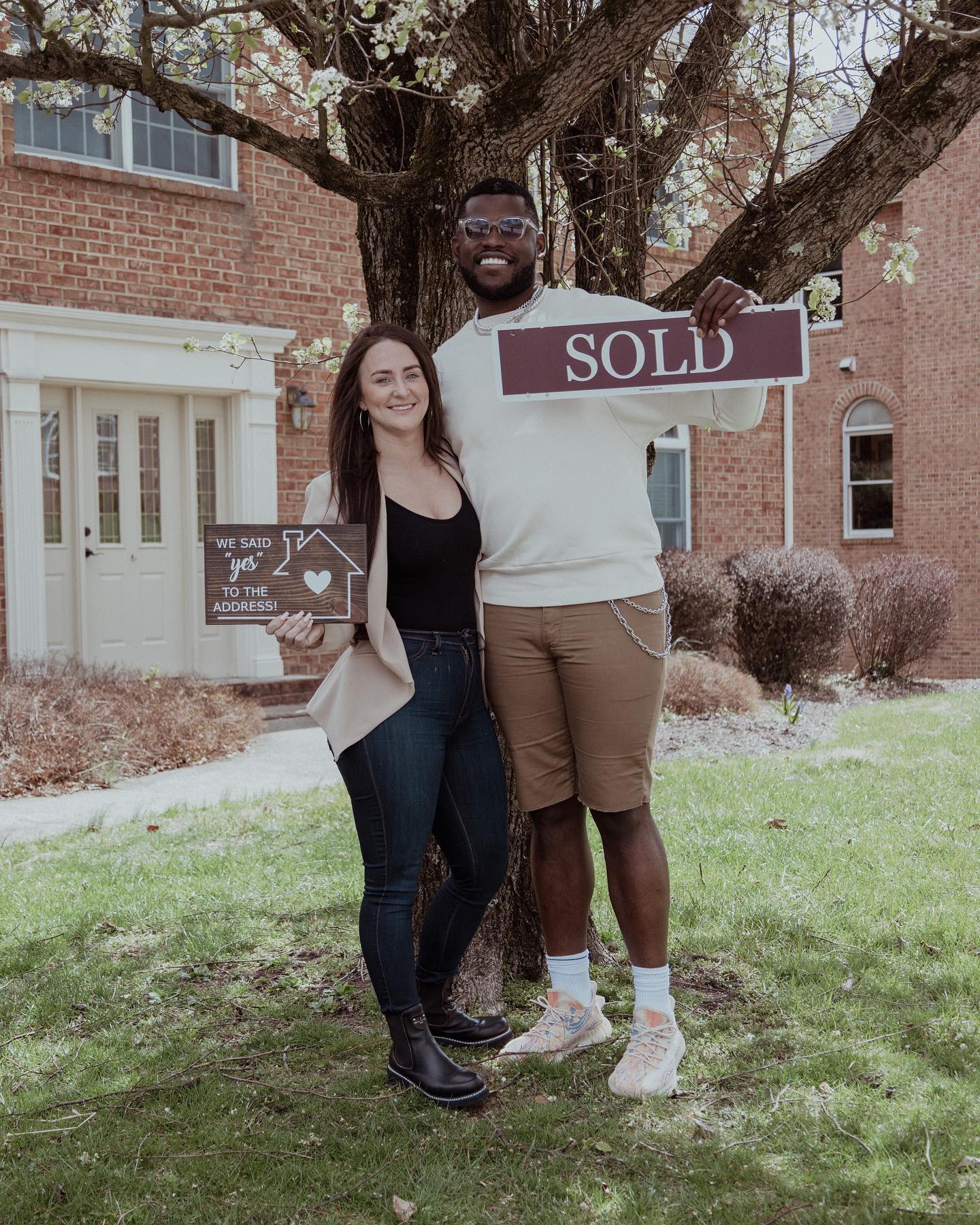 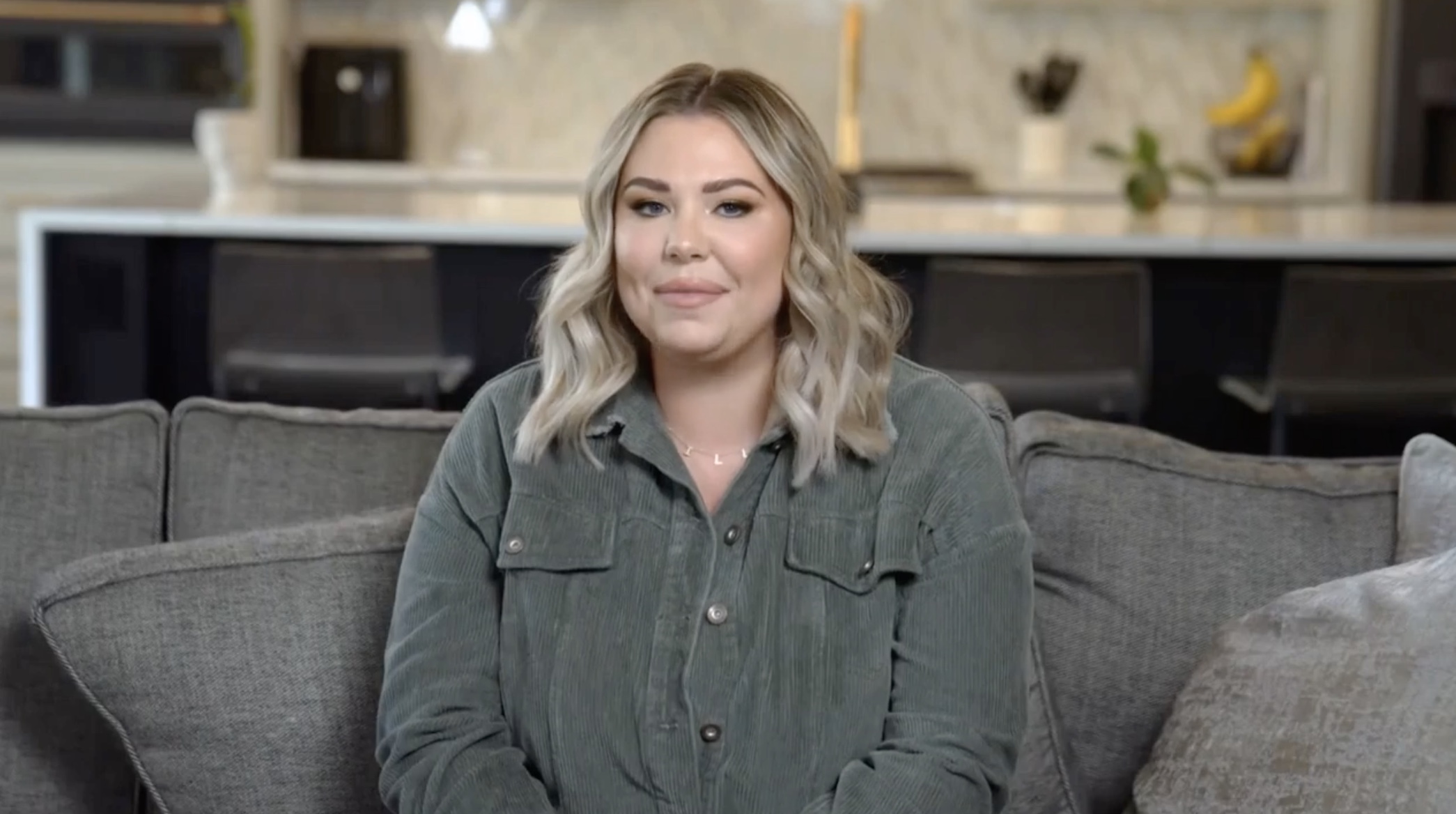