Diet soda appeared in blockbusters including “E.T.” and “Terminator” 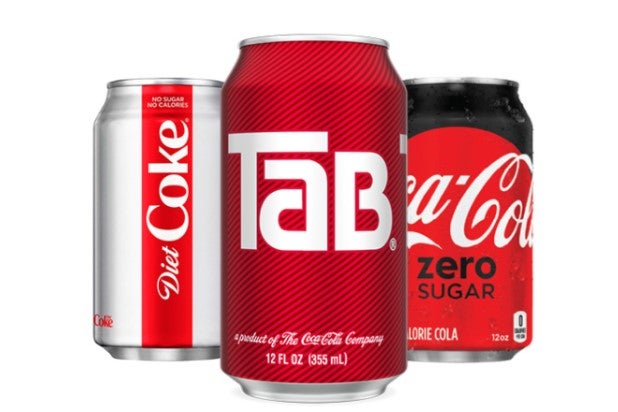 TaB — the pink-canned diet soda that was a household staple in the late ’70s and ’80s — is being discontinued by parent company Coca Cola, the beverage maker announced in a statement Friday.

TaB, which was introduced in 1963, is one of several brands — including Odwalla, Zico Coconut Water and Diet Coke Feisty Cherry — that will be phased out as part of Coca Cola’s “global portfolio refresh.”

“We’re forever grateful to TaB for paving the way for the diets and lights category, and to the legion of TaB lovers who have embraced the brand for nearly six decades,” Kerri Kopp group director, Diet Coke, Coca-Cola North America, said in the release. “If not for TaB, we wouldn’t have Diet Coke or Coke Zero Sugar. TaB did its job. In order to continue to innovate and give consumers the choices they want today, we have to make decisions like this one as part of our portfolio rationalization work.”

Although not seen on camera, TaB was name-dropped by Michael J. Fox’s Marty McFly in “Back to the Future” (1985), which you can watch below:

“Gimme a TaB,” McFly asks the man behind the cafe counter.

“Tab, I can’t give you a tab unless you order something,” the man replies, confused. (In case you’re curious, Marty then asks for a Pepsi Free, the since phased out original name for Pepsi’s caffeine-free sodas.)

TaB cans were also seen in more recent shows set during the height of its popularity, including “That ’70s Show,” “The Americans” and “American Horror Story: 1984.” According to the Product Placement Blog, a site that tracks brand placements in movies, TV series and music, TaB was featured in at least eight episodes of “That ’70s Show.”

TaB had a small but fiercely dedicated group of fans — known as Tabaholics. However, according to the WSJ, TaB only represented 0.1% of the $22 billion diet soda market in 2019 (by comparison, its sister brand Diet Coke represented 35% of sales).

TaB will be phased out by Dec. 31 or early, so if you’re a Taboholic, stock up now.