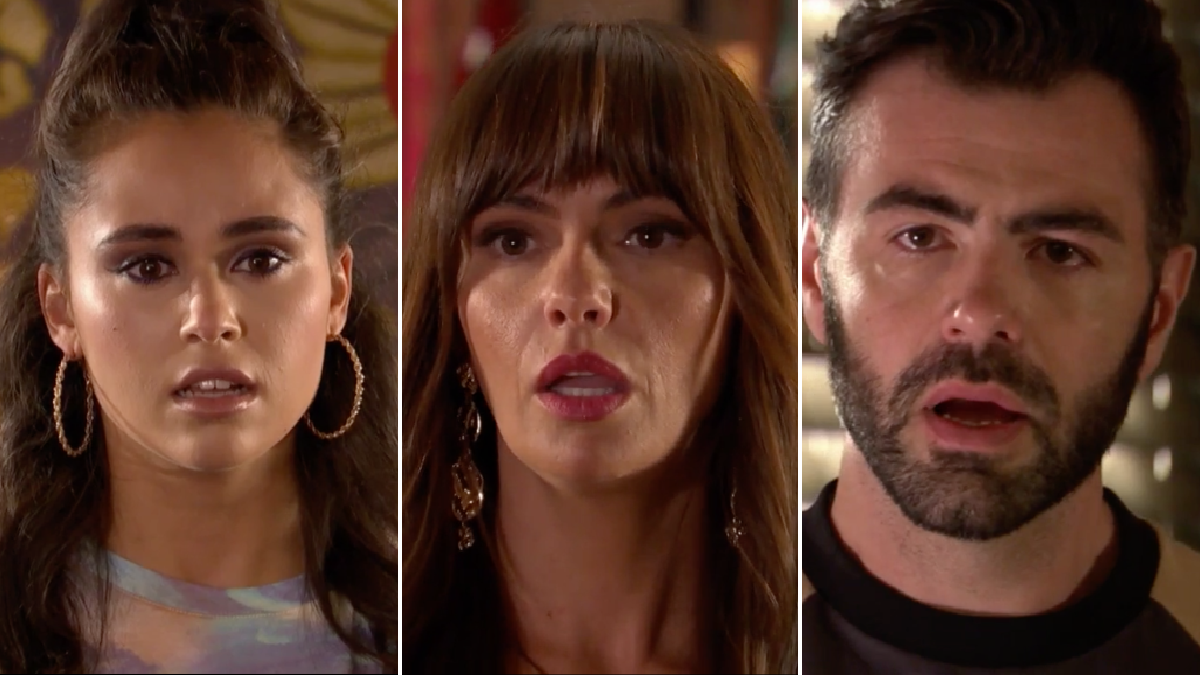 Mercedes McQueen (Jennifer Metcalfe) did the honourable thing in Hollyoaks tonight (August 24), as she came clean about having had sex with Romeo Nightingale (Owen Warner).

The landlady of The Dog in the Pond has been riddled with guilt over her dalliance with her stepdaughter’s boyfriend, but she was certain that she and Sylver (David Tag) wouldn’t have a future if the truth came out.

But Donna-Marie Quinn (Lucy-Jo Hudson) threatened to destroy her happiness, after she acquired evidence to prove that Mercy had cheated on her beau, before proceeding to blackmail her with it!

Mercedes did whatever necessary to keep her little secret, as she stole Cher’s money to pay off Donna-Marie. But when Donna-Marie went back on their agreement, the landlady was forced to take drastic action.

She got her hands on some drugs, which she proceeded to use in a drink she intended to serve to Donna-Marie, but she later had a change of heart when her foe broke down over her addiction to drugs.

Donna-Marie worked out what Mercy was up to, and was horrified that she would stoop so low. The two enemies had a heart-to-heart, and Mercedes ultimately realised that she needs to be honest.

As tonight’s edition of the Channel 4 soap concluded, she returned to her pub, and confronted both Cher (Bethannie Hare) and Sylver, informing them that she had something she needed to say.

‘I love you Sylver,’ she started, which was enough indication that her revelation would be something unpleasant.

Sylver, emotional, asked Mercedes what she’d done, which promoted her to at last reveal the truth.

‘I slept with Romeo!’, she said aloud.

Is this the end of Mercedes’ marriage to Sylver? What’s more, will Cher attempt to seek revenge on her step-mum?