Susanna Reid normally stays at the helm of GMB each weekday apart from Friday. The ITV host tends to present the show with Piers on Monday to Wednesday and then tackles presenting duties alongside the likes of Ben Shephard on Thursdays. However, today’s episode of GMB saw both Susanna and Piers replaced as Kate Garraway returned to take on the main role with newsreader Alex Beresford in tow.

Introducing the pair once the show had got underway today, Alex could barely hide his excitement to be back in the presenters’ seat in Ben and Susanna’s absence.

“Good morning, Britain,” Alex began. “It’s half past six and welcome to the programme, it’s good to be back.”

The pair then explained they weren’t sat close to each other as the camera would have viewers believe but instead that they were “far away” from one another. 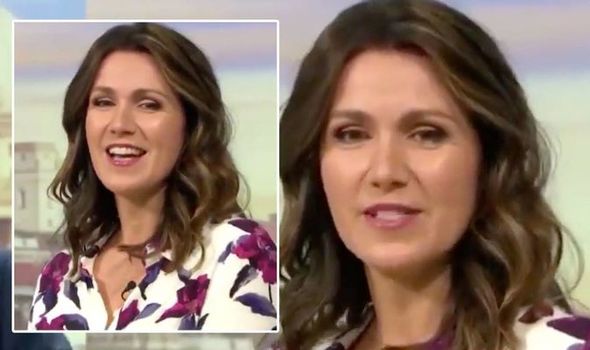 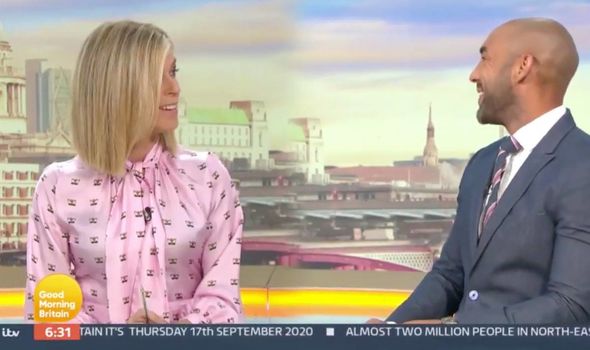 Although Susanna does typically front Thursday’s episodes, this isn’t the first time GMB has undergone a shake-up.

Other presenters to step in over the past few months in Susanna’s absence have included Charlotte Hawkins, Ranvir Singh and Adil Ray.

However, the fact Susanna wasn’t on the show did raise some questions among ITV viewers.

One fan took to Twitter to vent: “What’s going on GMB, where’s Theroputic Thursday with Susanna, with Ben. Why have we Kate, Alex presenting This Thursdays GMB, where is Susanna and Ben?” (sic) 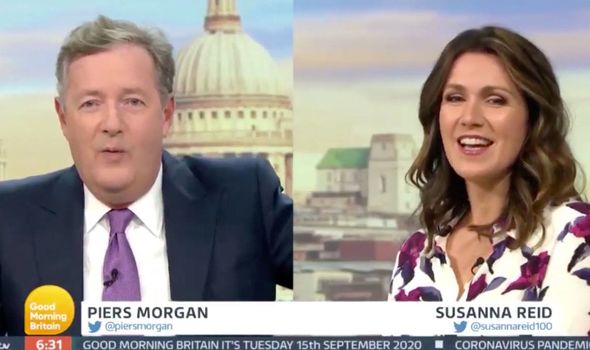 However, some fans were pleased to see the shake-up with the GMB line-up.

“How lovely to switch on to these two instead of Morgan going on and on about Arsenal,” voiced one fan on Twitter. “Please more Alex and less Piers.”

A second added: “@GMB lovin Alex with Kate and Charlotte this morning. Watch our Piers you could be replaced.”

While a third weighed in: “Great to see you back Alex your great at this [love heart emoji] xxxx.”

A fourth even suggested Laura Tobin has a go at taking on presenting duties having impressed in her role as GMB’s resident weather reporter.

“If Alex can present @GMB why has @Lauratobin1 never?” quizzed one fan.

There was plenty for Alex and Kate to get through on today’s show nevertheless, including a chat with Selling Sunset’s Chrishell Stause.

The real estate agent and reality TV star opened up about the hit Netflix show, and dropped a number of spoilers along the way.

Chrishell revealed that, while the season four announcement was still to be made, that she expects the renewal to come to light soon.

She also revealed some members of the agency had left The Oppenheim Group brokerage.

Could this mean Selling Sunset is set for a major cast overhaul if renewed?

Good Morning Britain continues weekdays at 6am on ITV.