The jibe came during a tense exchange about the prime minister's integrity, with the former Tory MP and Susanna's co-host Alastair Campbell both severely critical of him. 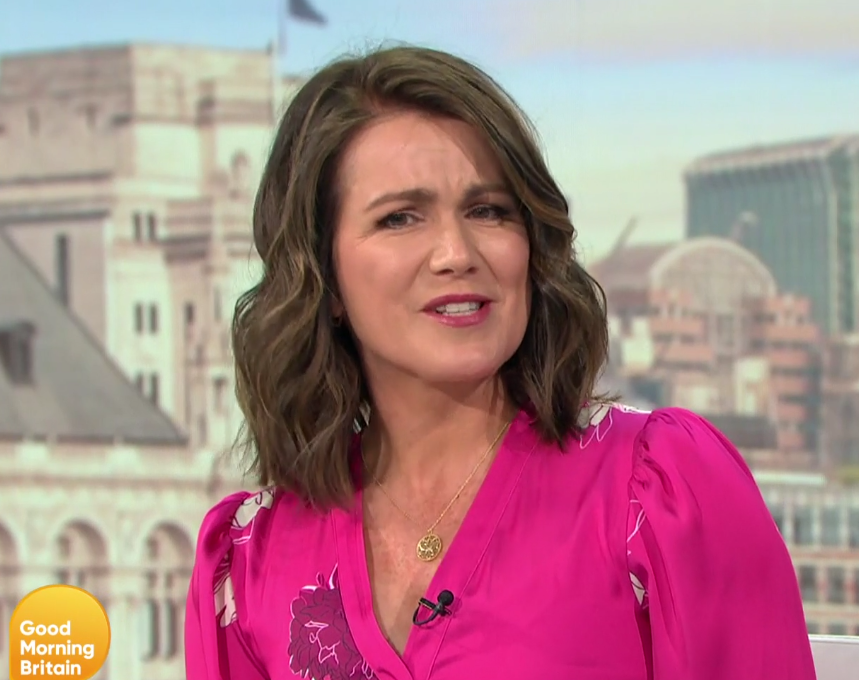 After Bercow accused the PM of "spewing falsehoods on a sustained and uninterrupted basis", Susanna held her hands up and said "I'm not here to defend the prime minister…"

But she was cut off by the grinning studio guest, who sniped: "No, you just like calling him Boris, because he's your favourite puppy dog, apparently."

Susanna screwed up her face and fired back "that's a bit insulting towards me".

Wearing a red rose tie, Bercow revealed he voted for Labour's Sadiq Khan in the London mayoral election and accused Johnson of repeatedly lying in parliament. 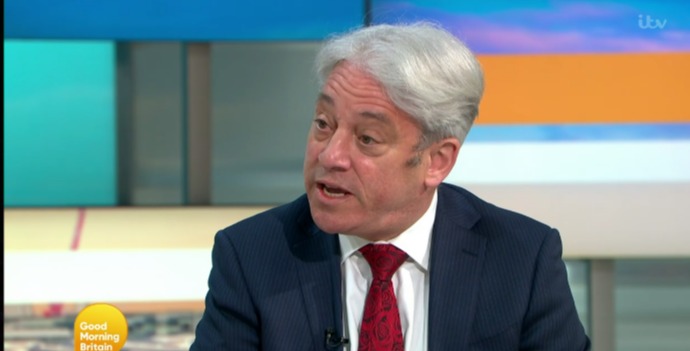 Ex-Labour spin doctor Campbell, who is presenting alongside Susanna this week, joined forces with Bercow in sticking the boot into the PM.

It left Susanna, who was attempting to provide balance, feeling like she was in the middle of a "Tony Blair sandwich".

Viewers were taken aback by the debate, with one writing on Twitter: "I am not Susanna Reid’s biggest fan but the spectacle of Alastair Campbell & John Bercow attacking her in a pincer movement on ITV Breakfast was not very palatable. Bercow suggested that in calling the PM Boris, she was treating like a cute little puppy. It’s his name muppet!!

Another posted: "@GMB Cannot believe Campbell can speak like he is on a political broadcast ad. Surely he should be impartial. Bercow and Campbell were incredibly rude and patronising to @susannareid100. Where was the 'partnership'?" 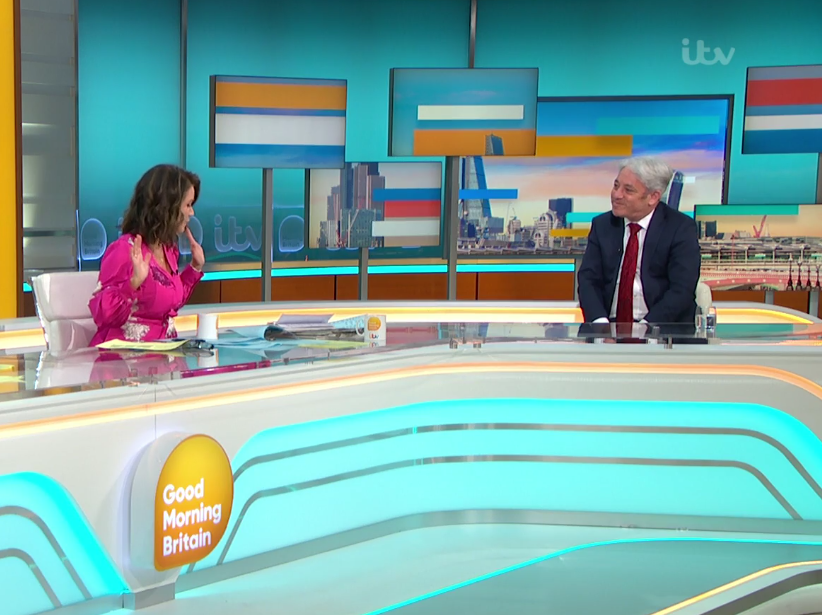 While a third shared: "Ouch! … I think Susanna was a little offended there Mr Bercow! I bet shes missing Piers after that little encounter as Campbell also completely shut her down!!"

Susanna asked Bercow how Johnson compared to his predecessors David Cameron and Theresa May.

He said: "I served along five PMs. None of the four preceding Boris Johnson were, in my judgement, guilty of misleading the House of Commons."

When asked for an example of his lies, Bercow said he had greatly exaggerated the positive impact the Conservatives have had on the economy.

Susanna then suggested it was the Opposition's job to hold the prime minister to account and questioned why they hadn't done a better job doing so.

He replied: "The PM has the last word at Prime Minister's Questions, and when he gives statements to the House, the issue is whether in this new age, where there is a disregard for truth, you ended to reinvigorate the House by giving the Chair new rights."

But Susanna had the last word when Alastair said Hollywood guest Goldie Hawn would be in the studio following the debate.

She curtly corrected him, reminding viewers she would be appearing via videolink from her home in Los Angeles.