“As we know sweetcorn doesn’t have wings and they don’t have ribs.”

Listing his ingredients, Simon continued: “We’ve got sweetcorn, salt. We then have some feta cheese and we’re making a ranch dressing.

“Buttermilk, mayonnaise, vinegar, some lemon, some parsley, some dill, some tarragon, come chives and some garlic.” 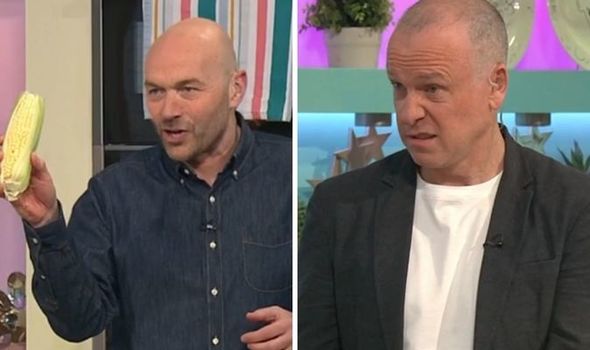 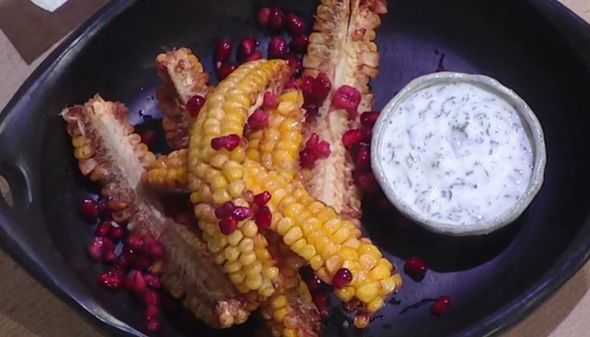 “I read the other day who invented ranch dressing and I’ve forgotten,” Tim chipped in. “So I can’t even fill up time with that story.”

As Simon began the demonstration, he explained: “You may find when you buy this [corn on the cob] you can’t cut it.

“But you can blanche it for a few minutes and it’ll soften them. You then put them in the deep fat fryer.”

Simon proceeded to make his own dressing to accompany the dish before taking the sweetcorn out of the fryer. 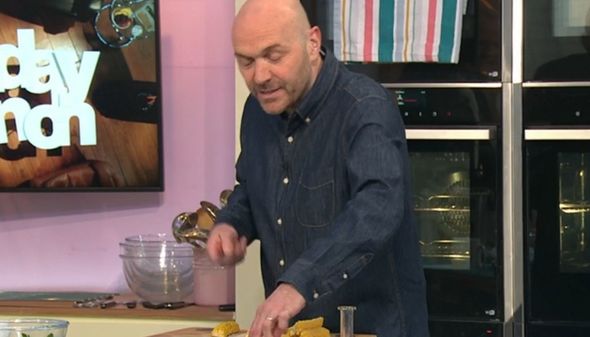 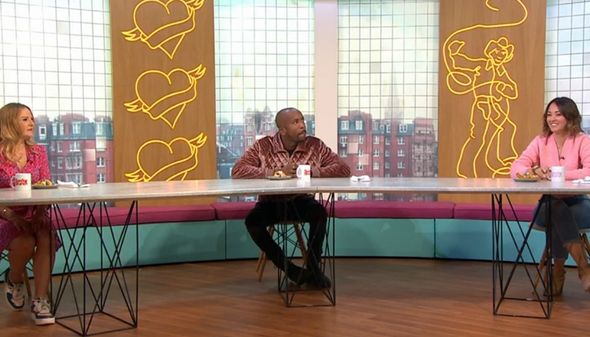 “All of this is about flavour,” Simon continued, as he added herbs and garlic to the dressing mixture.

“Basically, what you’ve got is deep-fried sweetcorn with a nice bit of ranch dressing to dip in,” he concluded as he served up the dish.

“The flavour is delicious and as I say, just be careful if you’re going to buy the raw sweetcorn…”

As he tasted the dish, Tim commented: “I do like the idea of that, and I like the taste.”

“You can play around with it,” Simon said. “So you can do barbecue sauce on it.”

Another penned: “Take a saw to a sweetcorn? Heard it all now.”

Along with a vomiting GIF, another viewer tweeted: “Sweet corn wings…”

While another commented: “I’m sorry, but corn just isn’t worth that much hassle!”

Sunday Brunch airs on Sunday at 9.30am on Channel 4.