Summer Scars (Nos Cérémonies) opens with two young brothers playing a game of chicken. They sprint furiously across a large cliff overlooking the sea in Southwest France. The eldest brother Tony (Gregory Lu), taunts Noé (Benjamin Lu) to run faster. The lighthearted game ends abruptly in the next round. Tony fails to break his acceleration and skids forward, tumbling down the side of the rock. When a frightened Noé reaches the bottom of the cliff, he finds his older brother’s body sprawled out with blood pouring from his head. Weeping and pleading with Tony to stay with him, Noé kisses his brother in what the audience assumes is a final farewell.

However, we soon learn that this is only the beginning of Simon Rieth’s haunting and, at times, alarming debut feature. Tony has survived the fall, seemingly unscathed. The following sequences show Tony and Noé eating cereal and watching TV as their parents’ vicious screams echo from the floor above them. Later, we see the pair huddled in the backseat of their mother’s car surrounded by boxes, Tony’s body trembles in anguish as his childhood sweetheart Cassandra looks on from her window in despair. The brothers won’t return to the island for another decade.

Something sinister is at the center of ‘Summer Scars’

Following the near-20 minute prologue, the audience is jolted forward in time 10 years. When we see Tony and Noé (portrayed now by Simon Baur and Raymond Baur, respectively) again, they’re adults. They’ve come back to the Royan region to bury their father. The pair are still as close as they were as children. However, they couldn’t be more different. Tony is confident and eager to lose himself in the warm body of any available young woman. In contrast, Noé is quieter and more reserved. Returning to their childhood home and their father’s death affects the brothers differently, especially when they reconnect with Cassandra (now portrayed by Maïra Villena), who is working on the island for the summer.

Though the movie feels relatively straightforward, there is something sinister amiss. The audience is asked to lean into a massive twist to understand what comes next in the narrative. Still, even if you suspend your disbelief, it takes a lot of buy-ins to accept what’s happening between Tony and Noé. 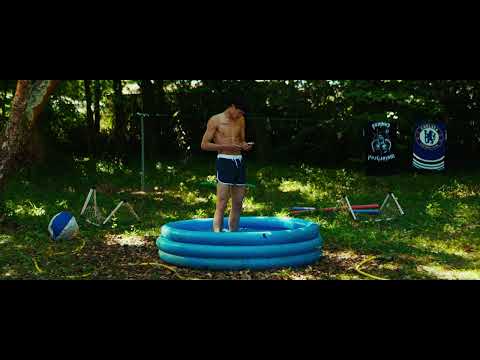 We never really learn much about Tony orNoé

With so much focus on the situation between the pair, there is little else known about the brothers. The forgotten years of their childhood are never addressed, nor do we ever learn how they’ve been able to keep their twisted secret hidden for so long. Moreover, the film’s long-winded sequences, often void of dialogue, are more uncomfortable than haunting. The story could have certainly used a tighter edit or perhaps even worked better as a short film.

‘Summer Scars’ has a spiraling tone

Summer Scars is hugely ambitious. It bends space, time, realism, and elements of horror together. However, it’s not wholly successful. The violence and gore in the film are shocking and horrific. They take place so often that the shock value wears off quickly. Instead, they feel extremely grotesque and overdone. Since we never get to know Tony and Noé well, the ending has minimal emotional impact.

Summer Scars feels like many films wrapped into one. With a spiraling tone that never truly allows the audience to settle into the story, despite the interesting concept, suspending belief becomes a near-impossible feat and the story never entirely comes together.