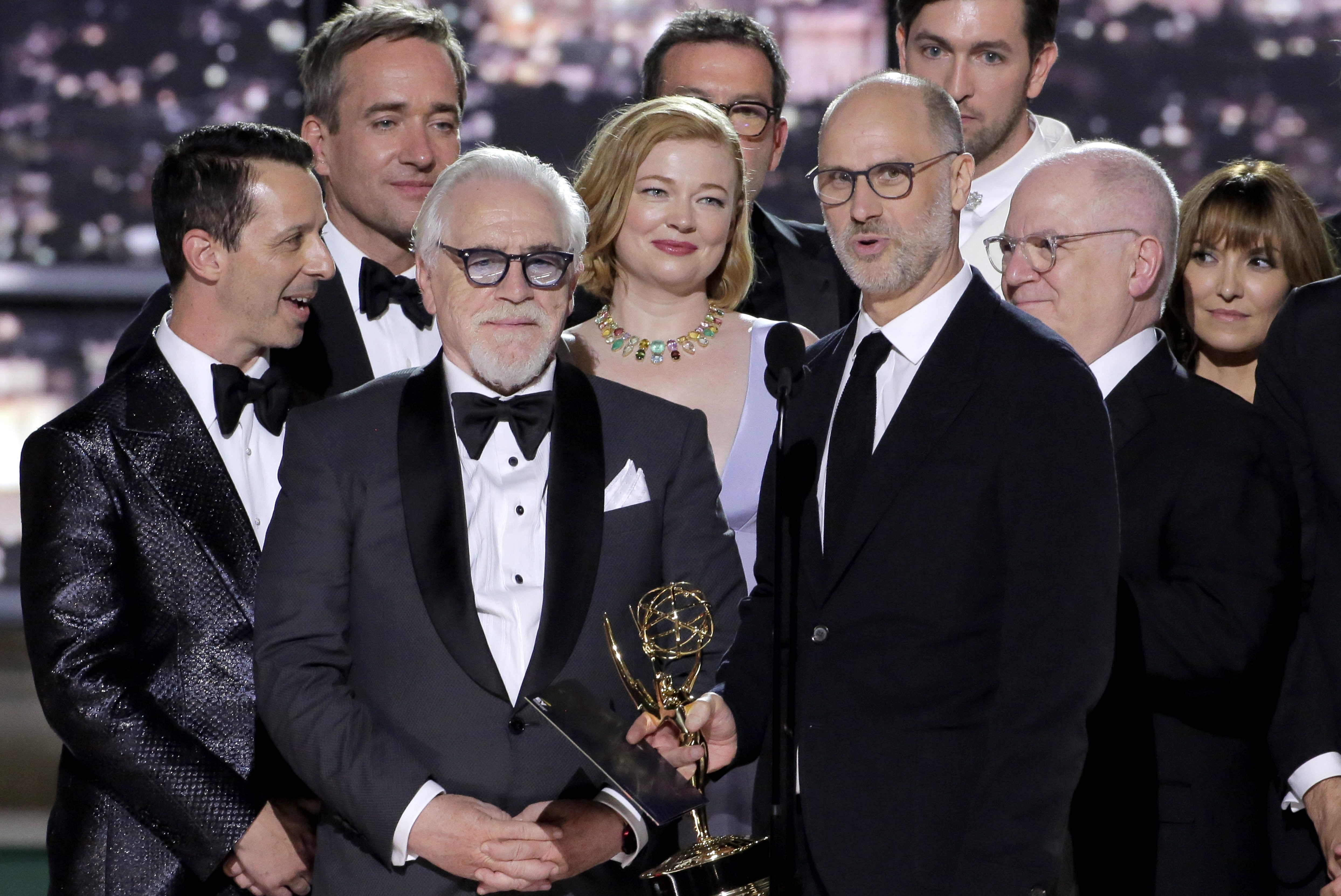 Brian Cox warned Succession writer Jesse Armstrong to ‘keep it royalist’ as he referenced the Queen’s death on stage at the 2022 Emmy Awards.

The drama won big on the night, picking up the gong for outstanding drama series, with the cast – including Jeremy Strong, Nicholas Braun and Matthew Macfadyen – among those who appeared on stage to celebrate.

Clutching the trophy at the Microsoft Theatre in Los Angeles, Jesse told the star-studded audience: ‘Big week for successions, a new king in the UK.

‘This, for us, evidently a little bit more voting involved in our winning than Prince Charles.’

Hours after King Charles III appeared in Parliament for the first time following the death of his mother on Thursday, Brian could then be heard encouraging his colleague to keep his comments ‘royalist’.

‘I’m not saying we’re more legitimate in our position than the King is, we’ll leave that to other people…,’ Jesse replied.

Returning back to the topic at hand, he continued: ‘We are incredibly grateful to have this, it’s a wonderful honor..

‘This group is extraordinary. It’s a team effort, starting with the engine room, the writers room, the producers who support us, the directors.

‘The extraordinary cast we’re surrounded by, my goodness, and our amazing crew. Many thanks!’

It turned out to be a very successful evening for the Succession gang, as the program also took home the accolades for best writing for a drama series.

Matthew, who stars as Tom Wambsgans in the series, was awarded best supporting actor in a drama, beating out co-stars Nicholas Braun and Kieran Culkin on the night.