Investigative reporter Stacey Dooley is being groomed by the BBC to be their new golden girl, and bosses are doing everything to promote their prized asset on their biggest show. 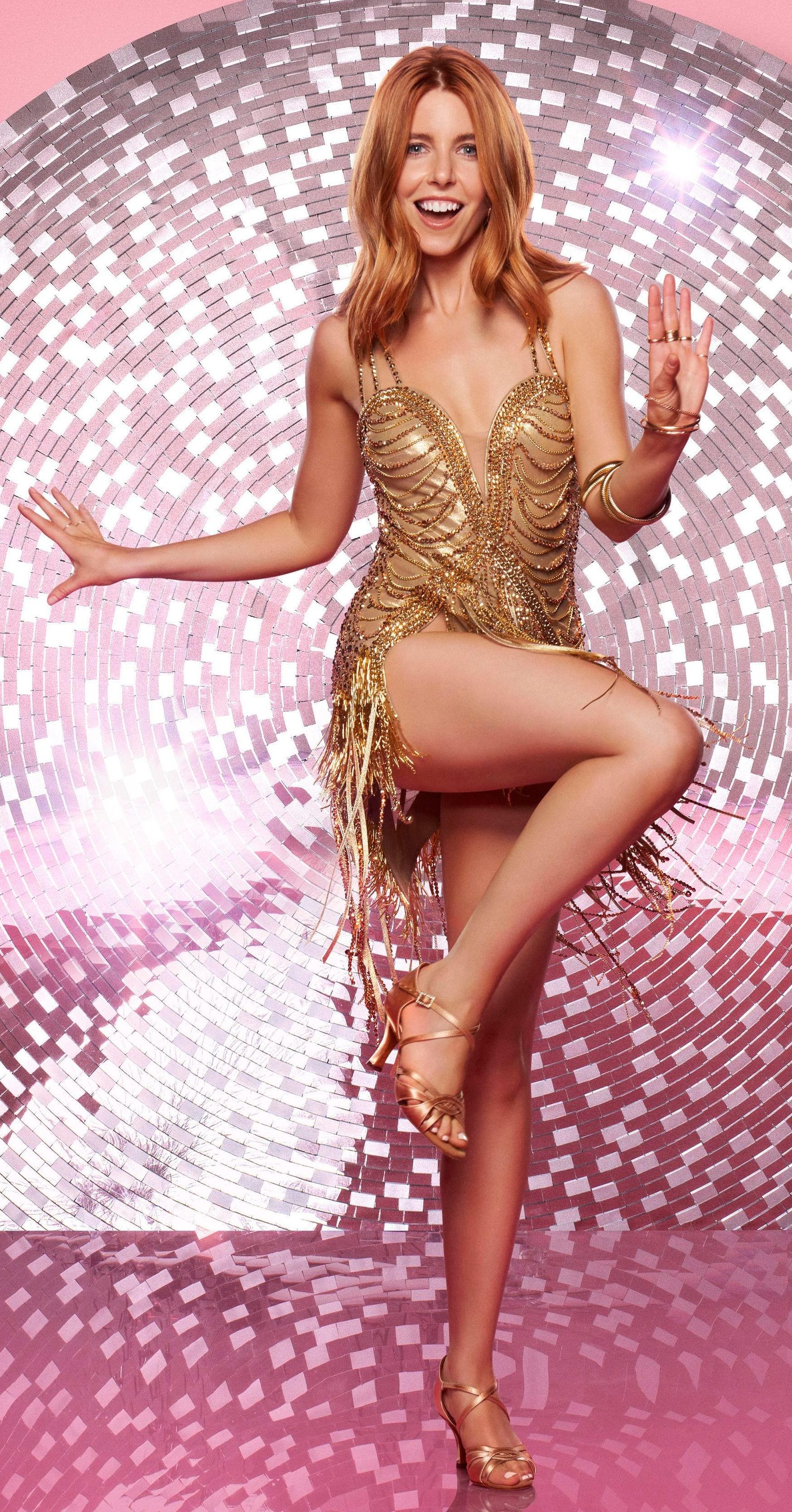 Indeed, middle-class university-educated Beeb bosses are ­rubbing their hands with glee that a working-class woman, aged just 31, with BBC in her DNA and an MBE already to her name, is on their books.

Amid storms over the gender pay gap and too many posh male stars, she is the answer to their prayers.

Luton-born Stacey was raised by mum Di after her dad walked out on the family when she was just two.

While bringing up Stacey alone, Di worked as a cleaner and in pubs to put food on the table. 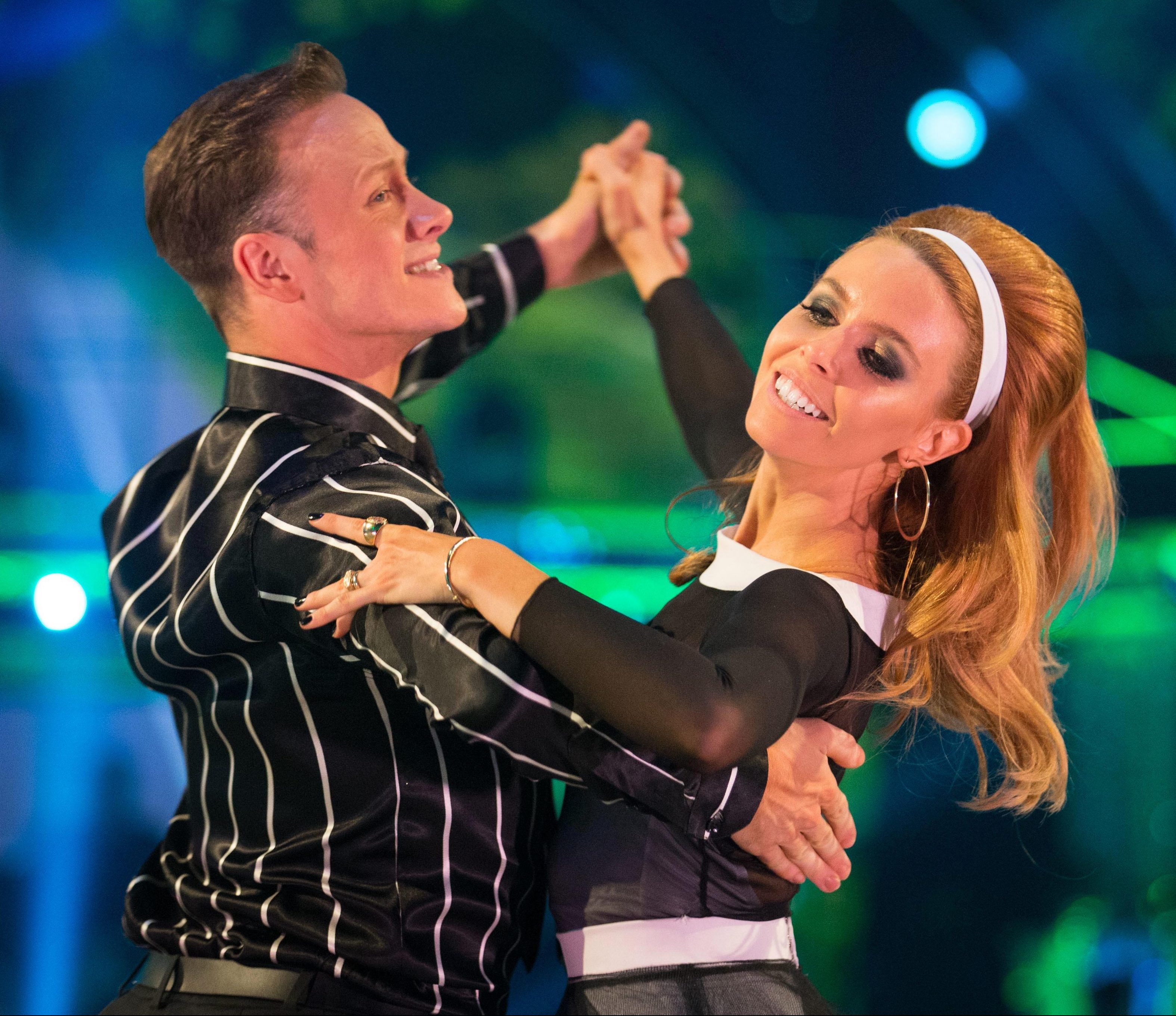 Stacey snubbed her dad’s attempt of a reconciliation at the age of 13. He died shortly after.

Recalling family heartache, she has said: “My father had his demons. Our relationship was difficult and fractured. But I don’t ever think ‘poor me’, I just feel blessed that I had my mother. She was such a great mum.”

With her dad gone and her mum constantly working, Stacey fell in with the wrong crowd and started dating a drug dealer and shoplifting.

She left school at 16 to work in a local hairdresser’s. She later got a job at Luton airport selling perfume, while waitressing on the side. 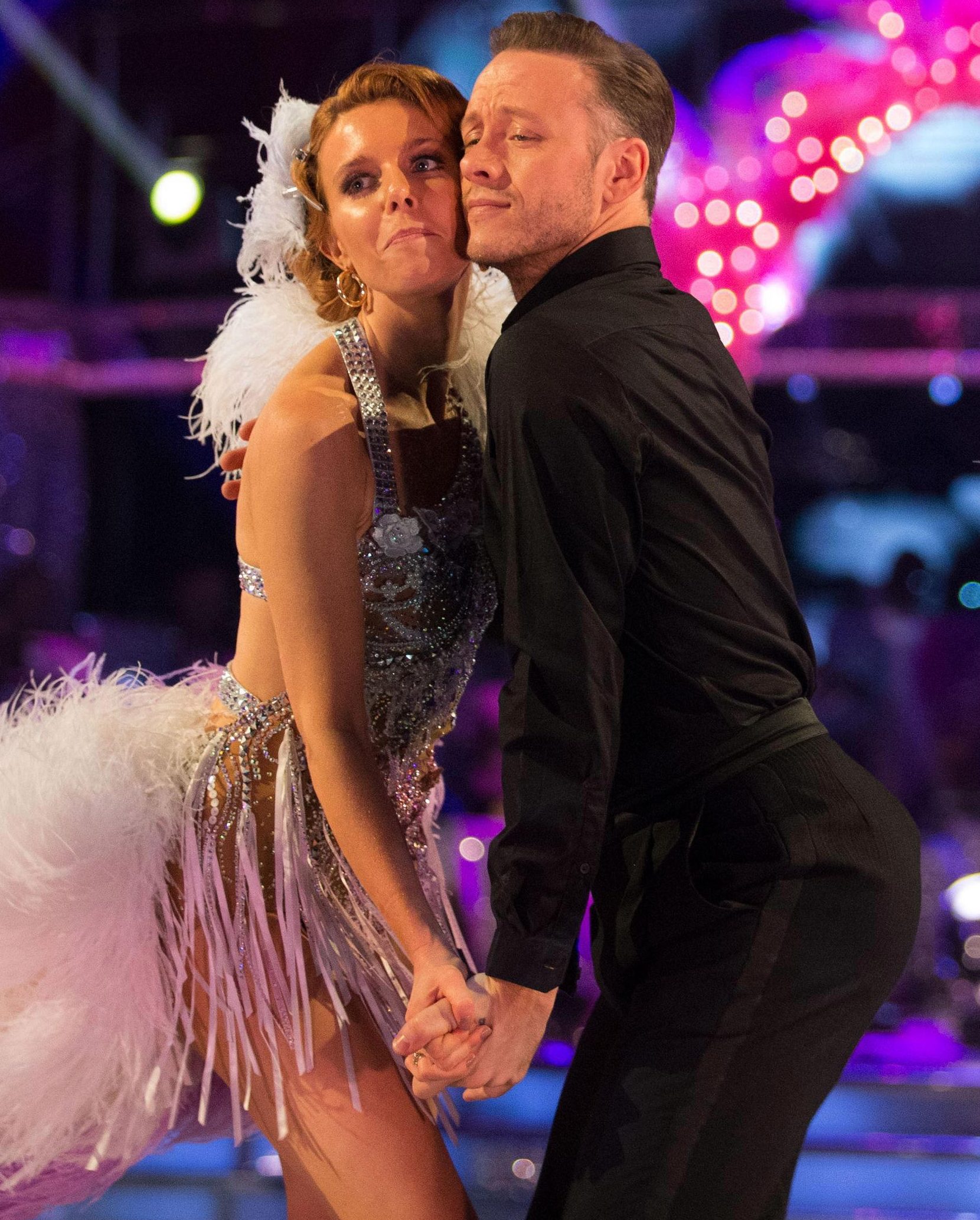 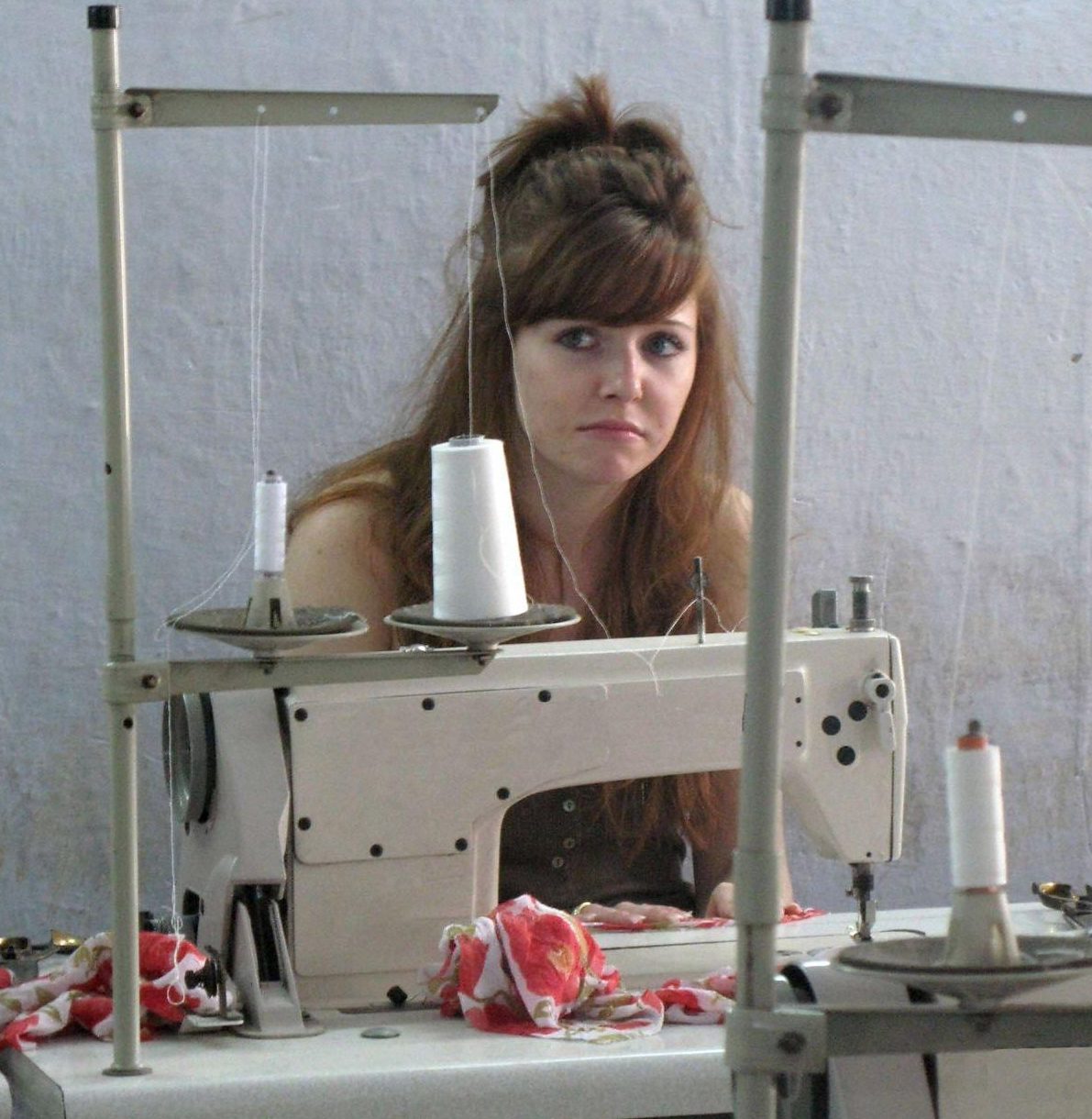 Her TV break came aged just 20 after she responded to an advert for fashion-conscious young women to appear in the 2008 BBC3 documentary Blood, Sweat And T-Shirts.

She travelled to India to witness the child labour inside sweatshops and could not hide her emotions from the camera.

Impressed by her likeability and presenting skills, she was given her own BBC3 show the following year.

So how have clever Strictly execs quietly given this relatively unknown celeb maximum exposure to ensure she is a household name by the end of the series? 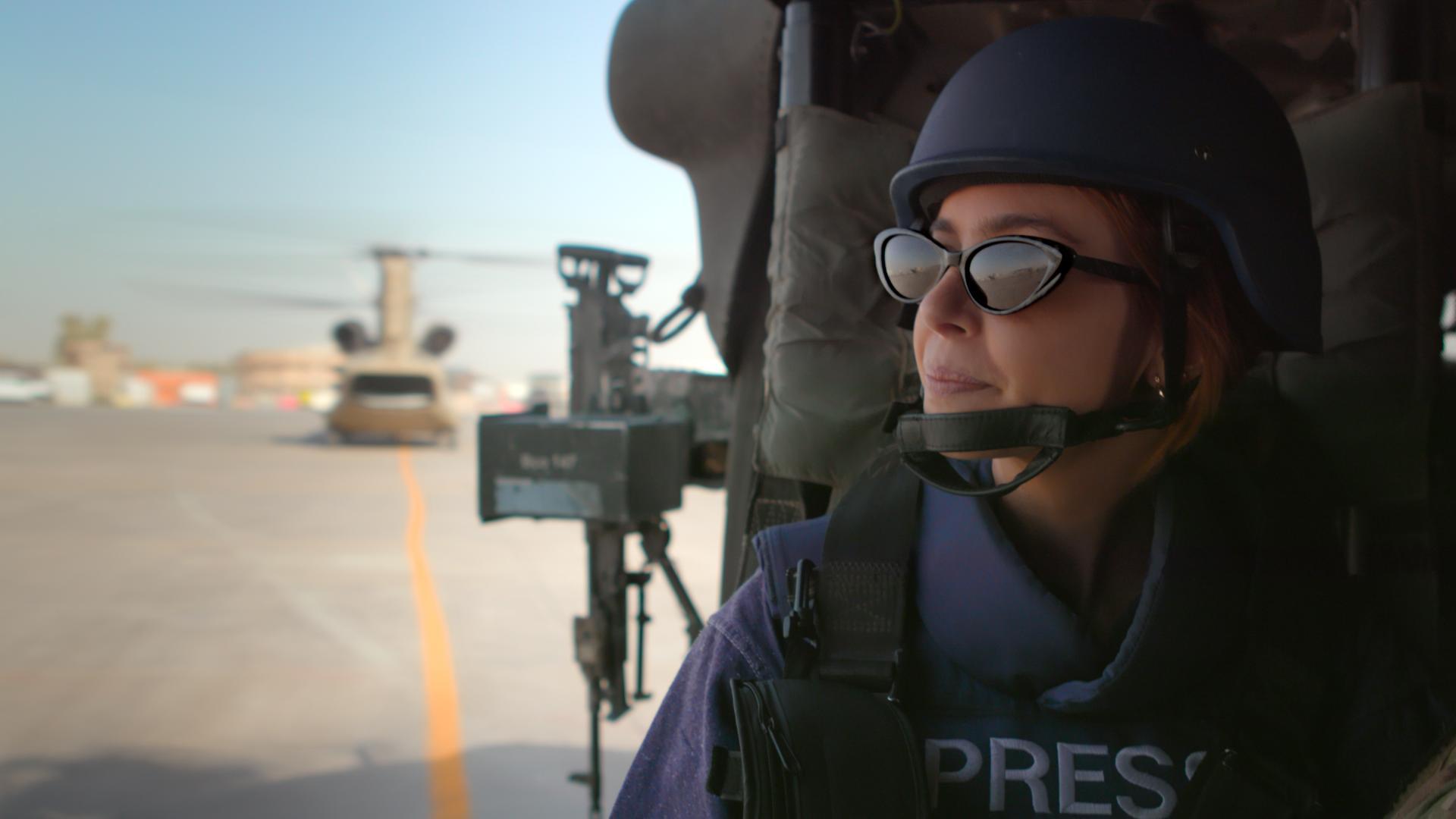 First of all, they’ve paired her with the show’s most popular dancer, Kevin Clifton.

Having recently split from Strictly co-star and professional dance ­partner Karen, he has yet to win the series despite competing for five years — and devoted fans are ­determined to change that.

Kevin will be attracting just as many votes as his partner.

Stacey’s boyfriend, personal trainer Sam Tucknott, 30, has been kept in the background, allowing fans to dream of a possible romance with single Kevin, 36, but nothing as sleazy as a Seann Walsh and Katya Jones-style curse. That would be bad for the Dooley brand. 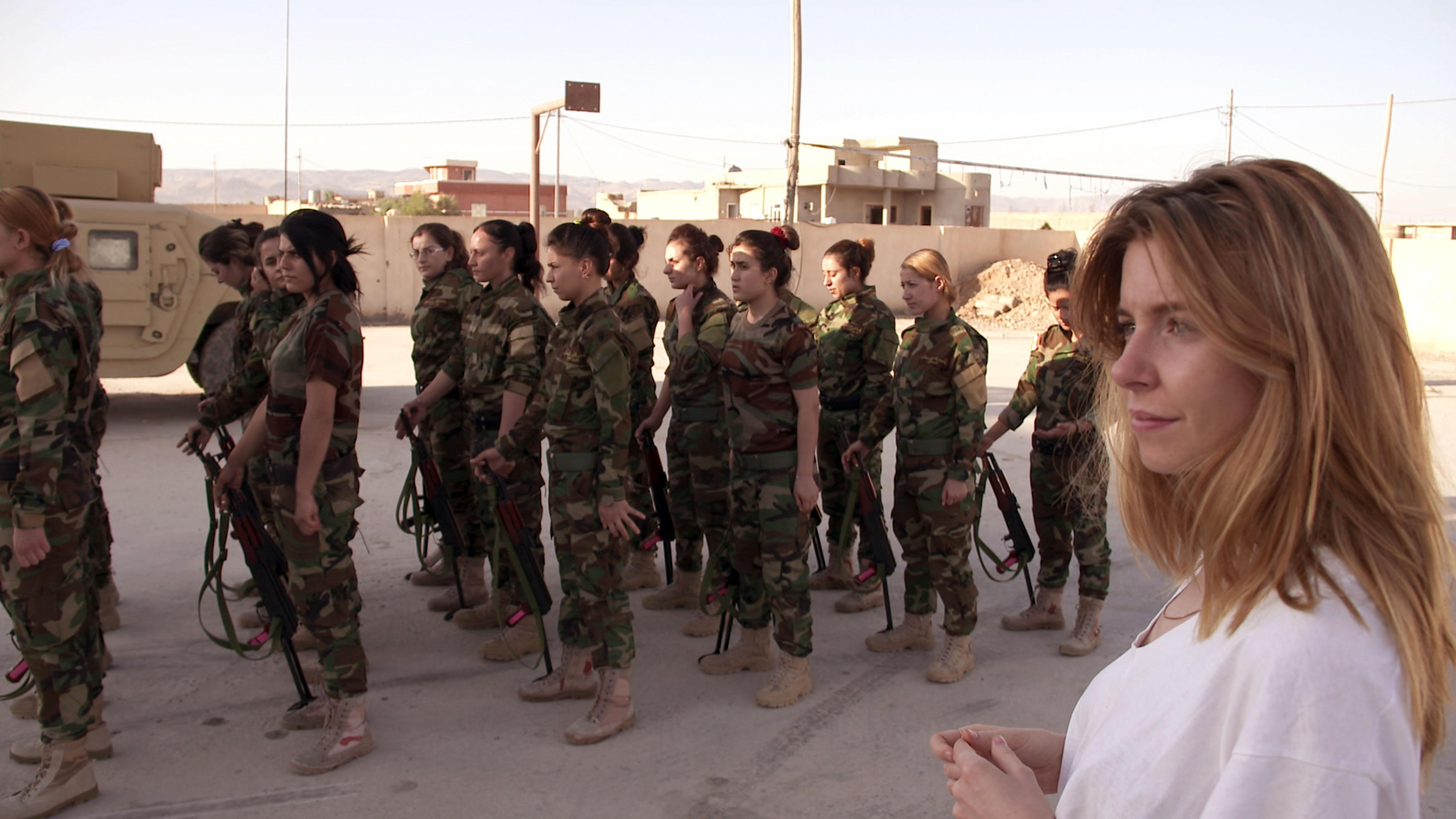 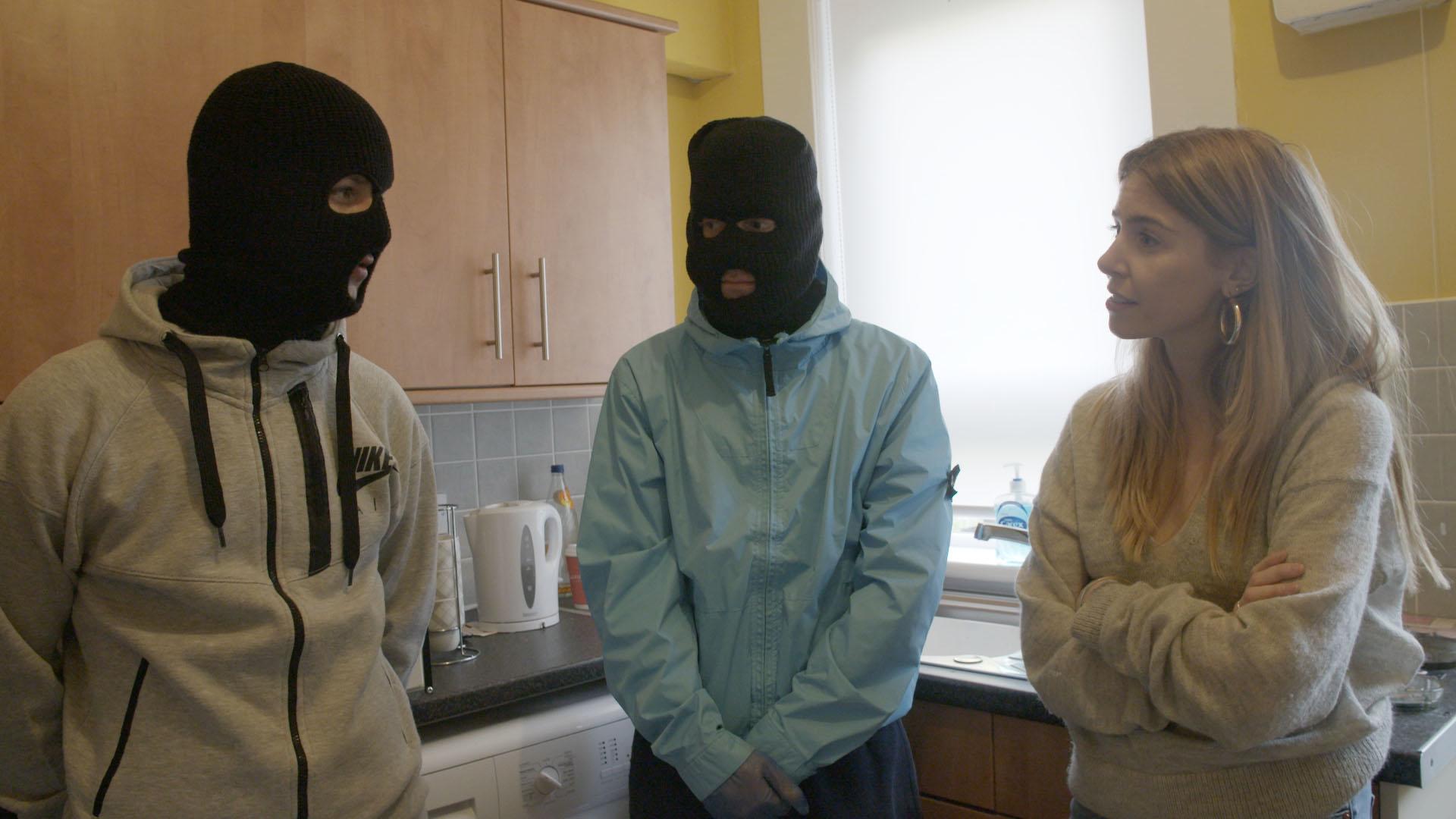 The pair have also been given what fans regard as the best outfits.

Their Minion jive routine was hilarious, with Stacey charming the family vote and proving she can do funny and sweet.

And during Halloween week, Kevin dressed up as a Cyberman for a Doctor Who-themed tango routine, with Stacey playing the role of the BBC’s much-hyped and historic first female doctor Jodie Whittaker. That’s top billing.

There is also a belief that Stacey gets the best songs, particularly in last weekend’s Musicals Week when the pair danced to West End classic I Dreamed A Dream from Les Miserables, an iconic track which Susan Boyle helped lift further into the mainstream courtesy of her famous Britain’s Got Talent audition in 2009. 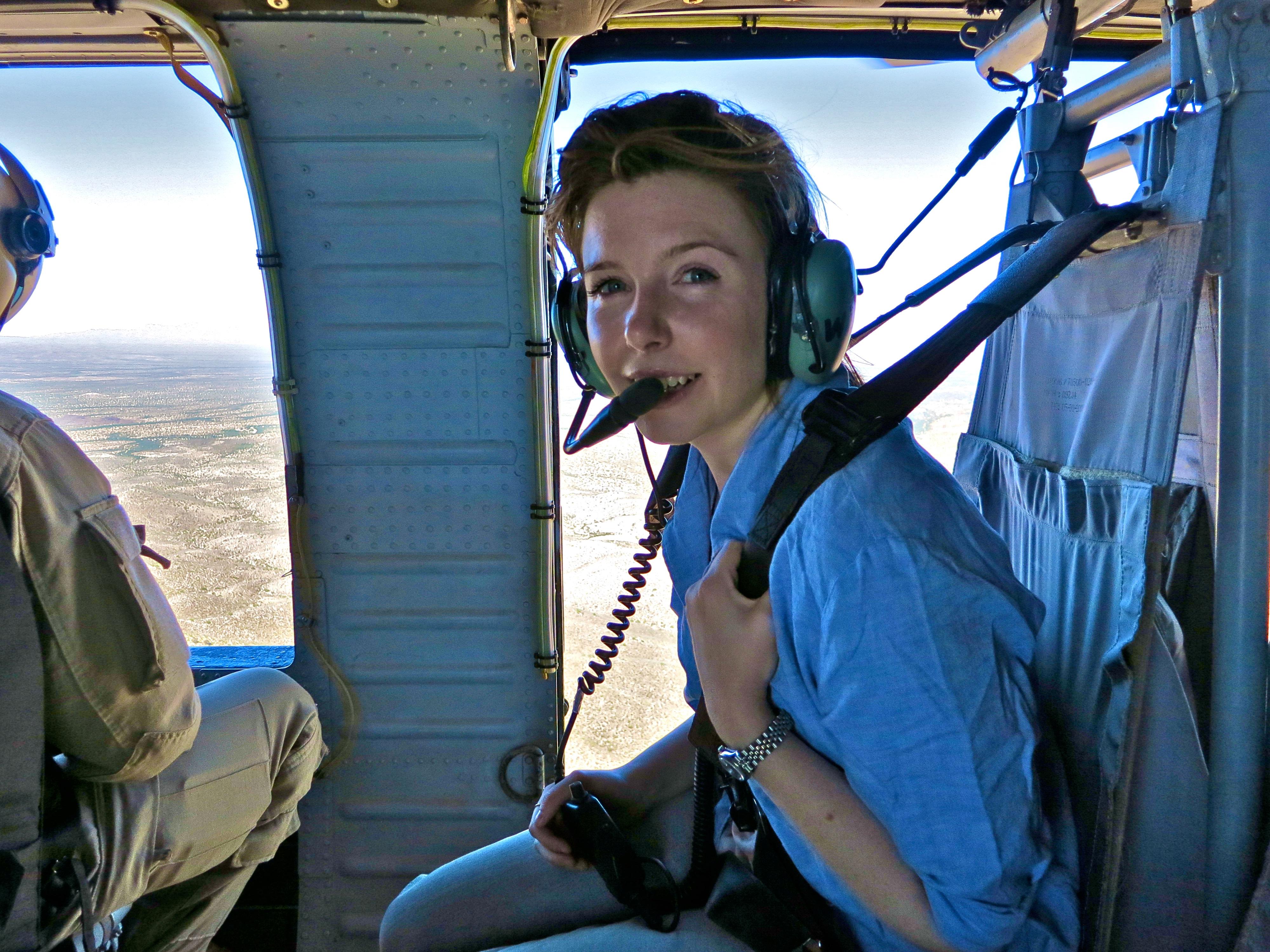 The most controversial aspect of the Beeb’s bid to maintain Stacey’s progress is the claim she is being overmarked by the show’s judges.

Social media glows with conspiracy theories following their scores every Saturday night, with many wondering how Stacey has been awarded similar points to Ashley Roberts and Faye Tozer, the two best celeb dancers.

Ex-Strictly dancer James Jordan has been particularly vocal, claiming last week he could “smell a rat” following some questionable scoring.

On Stacey and Kevin’s Les Mis routine in which Stacey equalled Ashley’s near-perfect 38 marks out of 40, he said: “Great job, great ­production great music, overall ­brilliant and Kevin is ace. 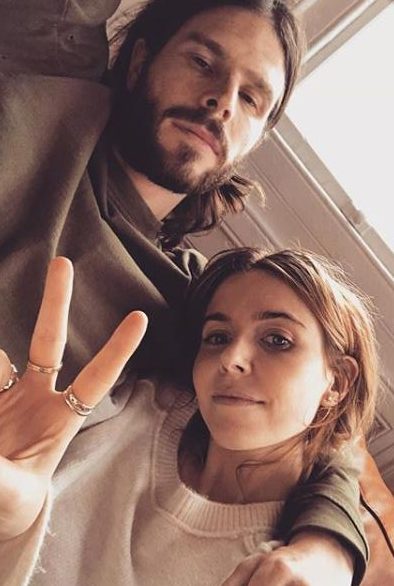 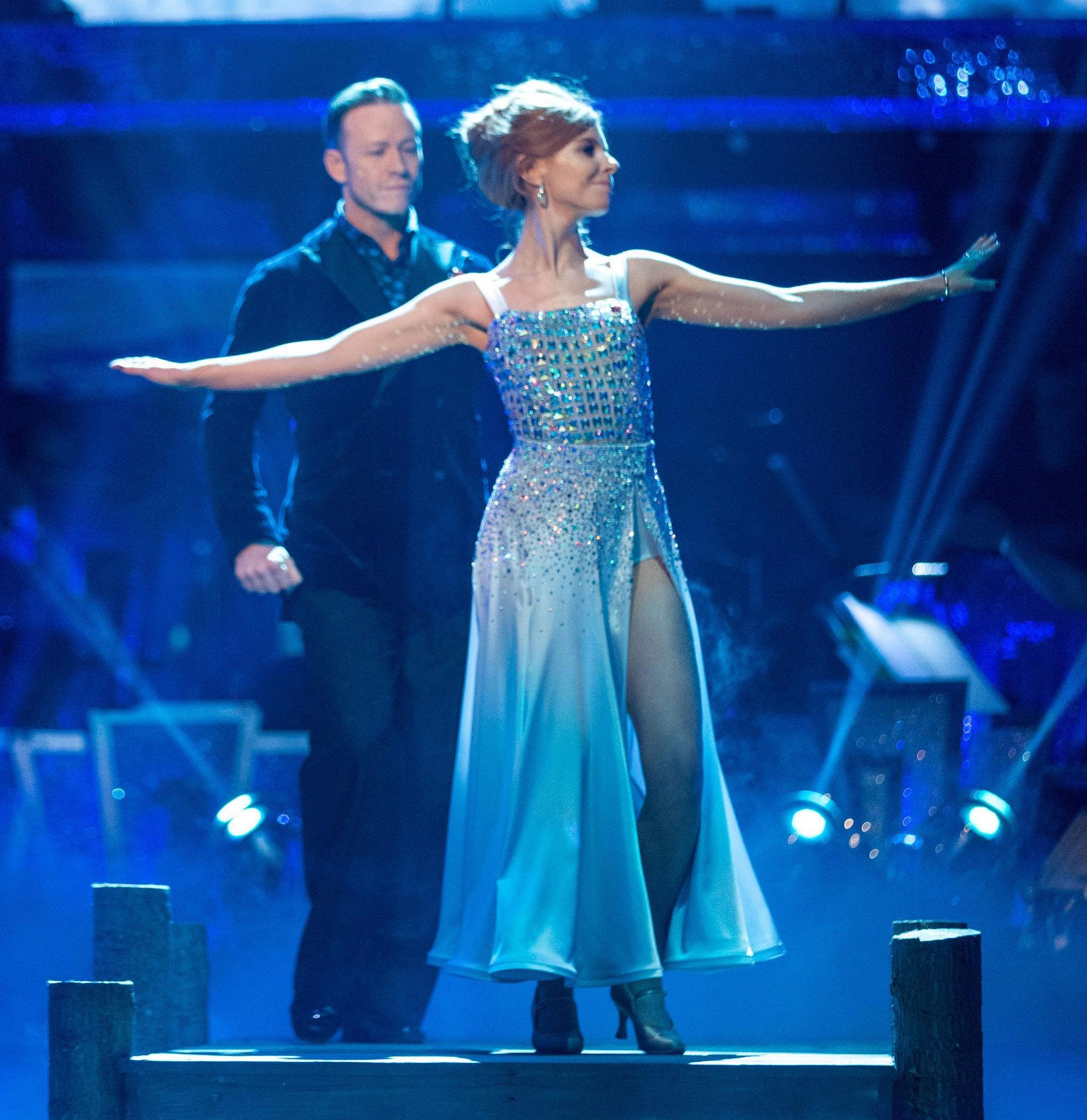 “I would like it so much more if the producer wasn’t trying so hard to get them to win.”

The previous week, when Stacey received an impressive 39 for her Paso Doble, he said she “was not as good as the judges are saying” and he believed the award of 33 marks for her salsa in Blackpool was also “overmarked”.

Strictly judge Bruno Tonioli, 63, recently denied judges were influenced by bosses during the voting process, but that hasn’t stopped the feeling of favouritism among viewers. 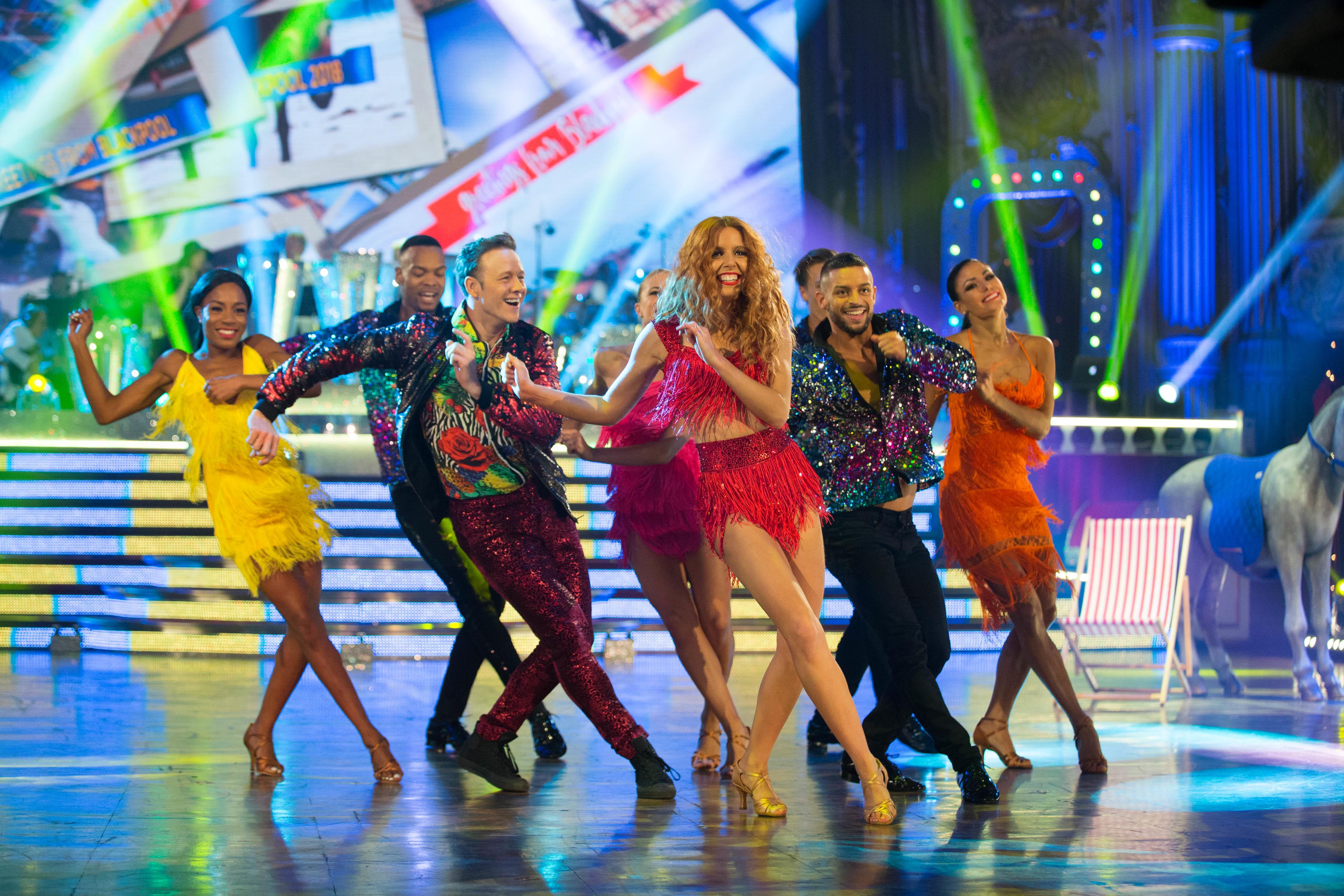 Another tactic used by reality TV shows to promote talent from within their shows is increased airtime.

ITV series I’m A Celebrity . . . Get Me Out Of Here! is particularly good at this, as proved by eventual winners Vicky Pattison and Scarlett Moffatt, who were afforded a greater share of camera time in the Bushtucker ­Telegraph, where they could speak direct to viewers.

There’s a belief Stacey’s post-dance chats with the judges and exchanges with Claudia Winkleman, 46, are given more airtime compared to her rivals.

And there is no doubt that Claudia positively gushes over her. 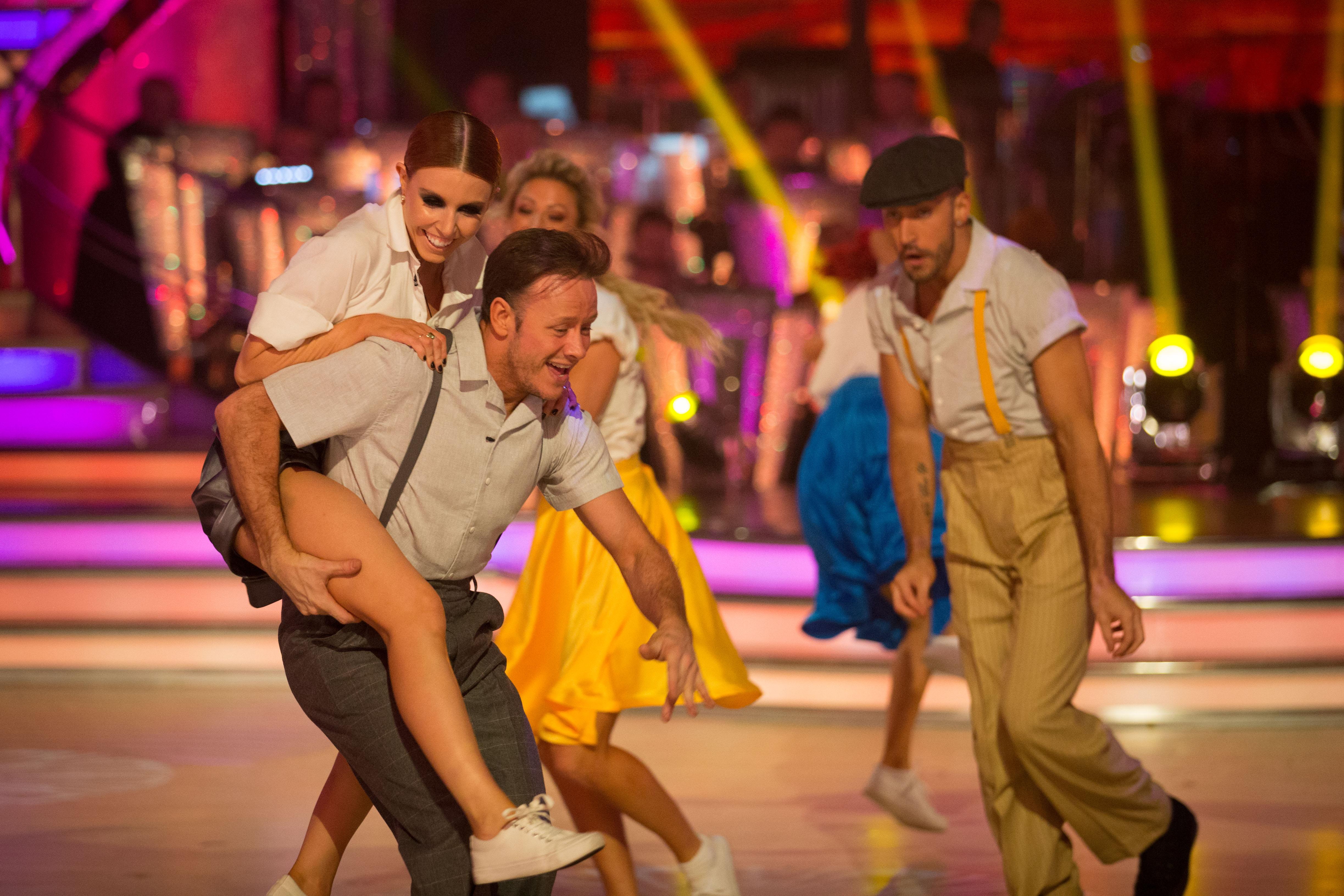 Indeed, some viewers have even labelled Claudia as Stacey’s “new publicist”, a title given extra clout by the fact the presenter has turned Stacey’s mum Di into a character on the show — to the detriment of other contestants.

The clever tactics from Strictly bosses seem to be paying off as Stacey is now outright favourite to win the series ahead of social media star Joe Sugg, 27. 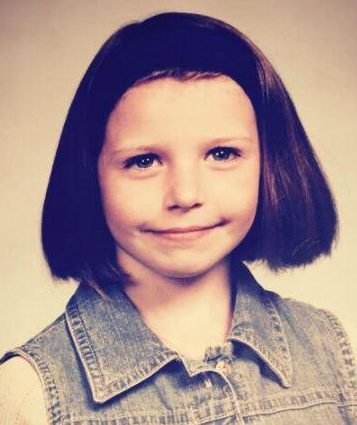 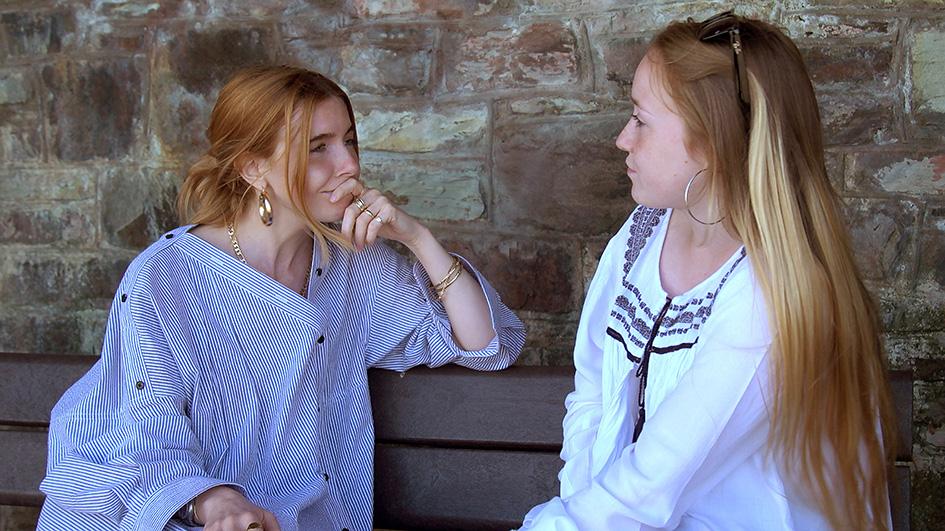 Talks are already underway at the BBC about what big money shows to offer her in the New Year.

Stacey made her name in documentaries, which were trailed after the Strictly spin-off show on Wednesday, and it is likely she will be kept in that field, but elevated to BBC1 from her more familiar spot on BBC3.

Her presence on the digital only channel is why mainstream audiences had ­little idea who she was when the 2018 series’ line-up was revealed.

The Sun’s Executive Editor Dan Wootton namechecked Stacey while questioning the lack of star names, to which she responded on Twitter: “Next time you write about me, it’s ‘Stacey Dooley MBE’ . . . k?” 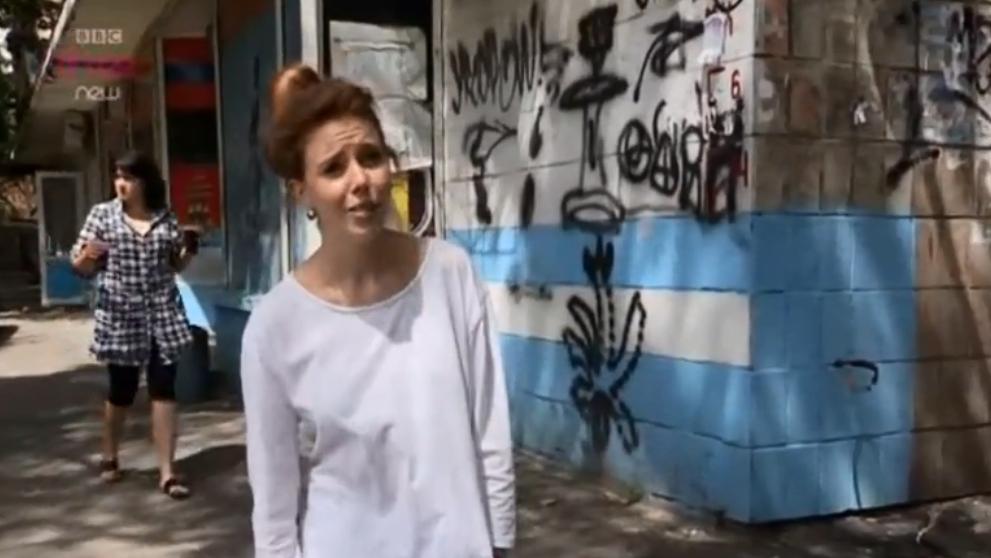 She was given an MBE in June for her services to broadcasting, having racked up 11 series of Stacey Dooley Investigates, which has seen her tackle subjects including Muslim extremism in Britain, child soldiers in the Democratic Republic of Congo and child sex exploitation in Japan.

Strictly audiences have been laboriously reminded of her courage under fire, with footage of her wearing flak ­jackets, emoting over stricken children and empathising with human misery.

She also released her first book, On The Front Line With The Women Who Fight Back, in February.

Despite being so beloved by the ­Corporation, Stacey was prepared to address the sensitive subject of the gender pay gap.

She said in January: “Women who are doing the same work, the same workload and they’re as experienced? There is no question everybody should be paid equally.

“I champion women who are brave and who speak out. Good for them.”

Good for them, and definitely good for Stacey.