Strictly Come Dancing pro Kai Widdrington has joked that he and girlfriend Nadiya Bychkova are now ‘even’ after she ‘knocked him out’ of the first dance-off of the series.

Kai and his partner Kaye Adams were the first pair to be eliminated from Strictly 2022 after they lost out to Nadiya and her partner Matt Goss.

But, there’s no bad blood between lovebirds Kai and Nadiya, who confirmed their romantic relationship earlier this year after growing close on the tour for the BBC dance show.

Appearing on Strictly: It Takes Two on Monday night, the pro dancer was quizzed by Rylan Clark on what it felt like to go up against his other half in the dreaded dance-off.

Kai assured viewers that it’s all good, after he ‘knocked her out’ last series when he and AJ Odudu danced off against Nadiya and Dan Walker. 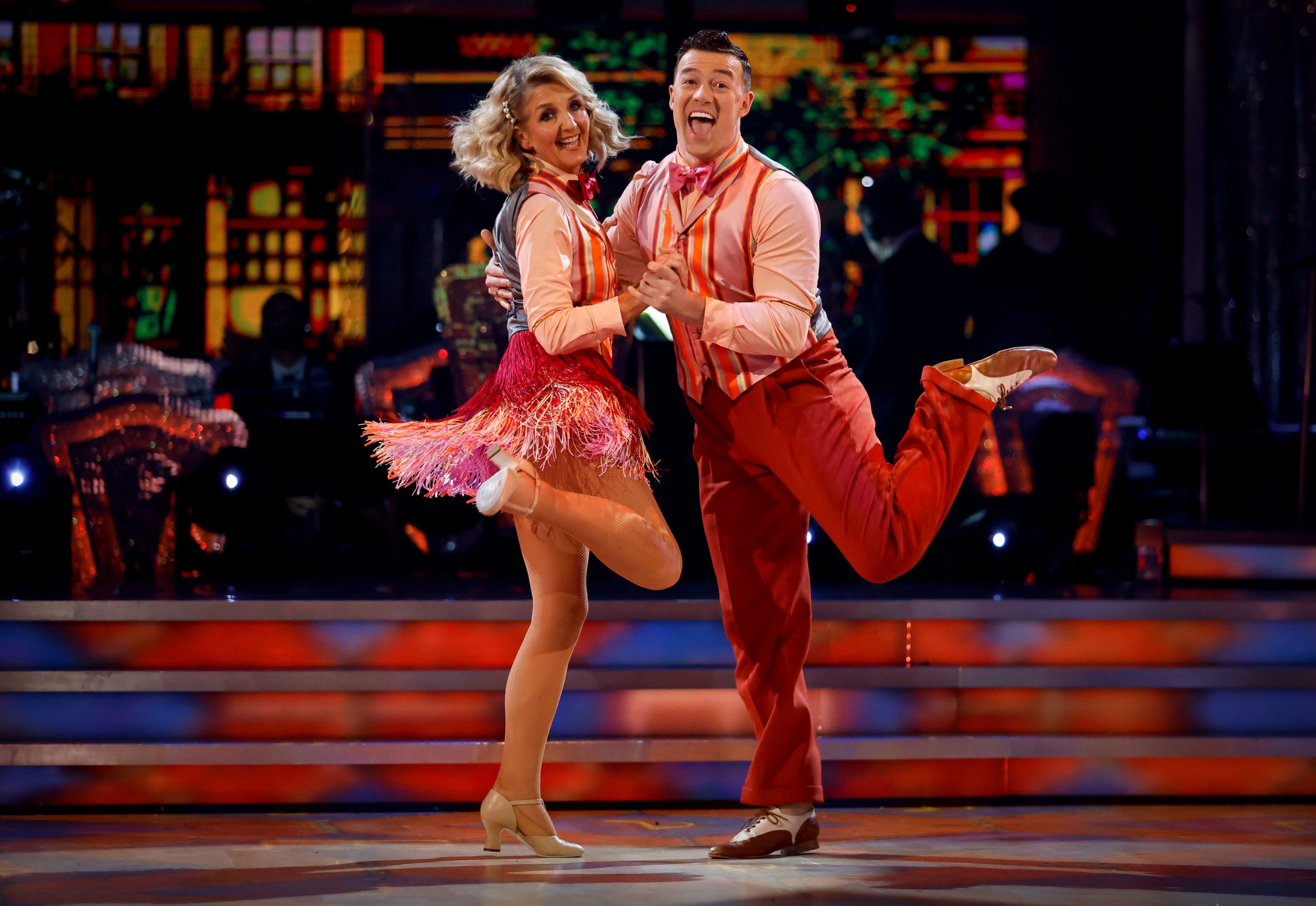 ‘There is a bit of an elephant in the room, isn’t there, because it wasn’t just you [Kaye] versus Matt, it was Kai versus his lovely lady, Nadiya. How was that when you got home?’, Rylan teased.

Kai replied: ‘Well, last year when I did the only dance-off, it was also against Nadiya and I knocked her out. So, it’s 1-1 now.’

But, the dancing champ added that it’s never ‘nice’ to be in the bottom two against another couple, explaining how Kaye had also grown close to Nadiya and Matt.

‘We didn’t want to be against them, you know? You’ve [Kaye] been confiding in Matt and Nadiya a bit as well, and we’ve been trying to help them out with some advice as well, so it wasn’t nice. We got close to them over the short period of time that we’ve been here.

‘But, it’s not nice to be in there against anyone.’

Kaye and Kai danced a tango in week one before taking on a cheeky Charleston in week two, which sadly was’t enough to earn them enough public votes.

Speaking about her exit, broadcaster Kaye said she ‘didn’t have a problem’ with the judges’ criticism, as she praised Kai for being the ultimate hype man throughout her short-lived Strictly journey.

She added that it’s been a ‘privilege’ to meet and train with Kai, saying what she will miss the most is ‘the people.’

And if there’s one person who was especially outraged at the results, it was fellow Loose Women star Jane Moore.

Speaking on the show following the elimination, she claimed her co-star was ‘robbed.’

‘I have to say, she was robbed. I thought she did so brilliantly, and for me, she is what the Strictly journey is supposed to be all about,’ Jane said.

‘She’s never danced, she’s not a performer,’ she added, praising Kaye for how ‘improved’ she was from week one and how she stepped ‘outside her comfort zone’.

Alas, the couple will miss out on Strictly’s coveted movie week, which will see the likes of The Lion King, Flashdance, and Dirty Dancing brought to life on the ballroom floor, as the couples give it their all once more in the hopes of sailing through.

Strictly Come Dancing airs Saturday and Sunday on BBC One.