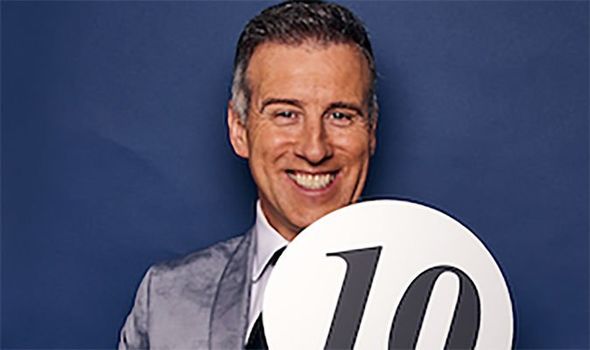 After 16 years in the thick of the action, the star 55, will pick up a paddle and join the panel on Saturday alongside Craig Revel Horwood, 56, Motsi Mabuse, 40, and Shirley Ballas, 61.

Talking to the Radio Times, he said he planned to be “empathetic” towards contestants, adding: “I know what it’s like when it goes marvellously in rehearsal on Thursday, and you can’t wait for Saturday because you’re going to slay it.

“And then on the show it’s as if you and your partner have never met.

“So I’ll be empathetic and understanding. I’m not going to say, ‘That was no good.'” Bruno was unable to take his place on the judging panel this year because of Covid restrictions – he is also a judge on America’s Dancing With The Stars.

But Anton, who is dad to four-year-olds George and Henrietta, is ready for the job.

And he will still be paying attention to his appearance now he can swap lycra for suits. He said: “I stay out of the sun, don’t smoke, don’t drink, eat well, moisturise regularly.

“I had a hair transplant four years ago when I was going thin on top.

“I might have another next year, and a bit of Botox in my forehead.

“It was a massive deal to let my hair go grey. I had dyed it since I was 18. Last year, I realised I looked like a Lego man, as if someone had just popped something on my head. My wife Hannah and the Strictly make-up crew said it would look better grey, and they were right.”

Anton, who joined the show in 2004, revealed how former Strictly host Sir Bruce Forsyth, who died in 2017, had a huge impact on his life.

Anton said: “I was lucky to know him. He was a wonderful person and a great role model. If I needed advice, I could call him.

“He gave you time and I learnt so much. He brought 50 years of entertainment heritage to Strictly, and the show missed that when he stepped down. He was Mr Entertainment. Everything the rest of us do is a nod to Bruce. I miss him enormously.”