Strictly Come Dancing is heating up as BBC viewers have now seen some of what the celebrities can do. This weekend is fan-favourite round as it is movie week, with every performance being inspired by an iconic film. Here’s everything there is to know about watching Strictly Come Dancing’s next episode.

What time is Strictly Come Dancing on tonight?

The episode will have a two-hour and 10-minute running time where the remaining 14 contestants are going to compete.

Following each of their performances, the judges will give their analysis of their routines as well as their scores.

They will determine the leaderboard for the third week of the competition and be combined with the public vote which decides who is in the bottom two. 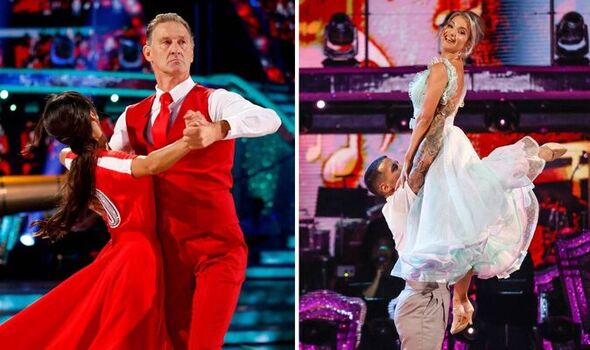 Sadly it was Loose Women panelist Kaye Adams’ time to go as she and partner Kai Widdrington were knocked out of the show.

They ended up in the dreaded dance-off with singer Matt Goss who was forced to redo his Salsa as Kaye performed the Charleston for a second time.

When it came to the judges’ votes, it was a unanimous decision which she called the “right result”.

The 59-year-old went on to describe how much she had loved her time on Strictly.

Kaye explained: “It was the right result and I did make mistakes.

“And when it comes to that high pressured situation that’s what happens.

“So I am delighted for Matt and Nadiya, the only person I am just sorry for is this wonderful man [Kai], who has just been so brilliant.

“It was a hell of a lot of fun, I said my ambition was to learn to love to dance, and actually I have seen a whole new side to myself, it’s opened a little door.

“Its been a wonderful experience and to spend time with such talented people who love the show so much has been a joy.”

So far, the BBC hasn’t revealed what the celebrities are going to be dancing to in movie week.

First introduced in 2014, movie week has become a staple in the Strictly calendar along with Halloween week.

From Dirty Dancing and Jurassic Park, to Star Wars and Toy Story, there has been some extravagant dances over the years.

But who is going to get a five-star review and who will be classed as a flop?

The results from Saturday night’s show will come out on Sunday, October 9, at 7.20pm.

Another two couples are going to be forced to fight it out to keep their place in the competition.

There will also be a special guest performance by Queen lead singer Adam Lambert.

Strictly Come Dancing will continue on Saturday, October 8 at 6.30pm on BBC One.