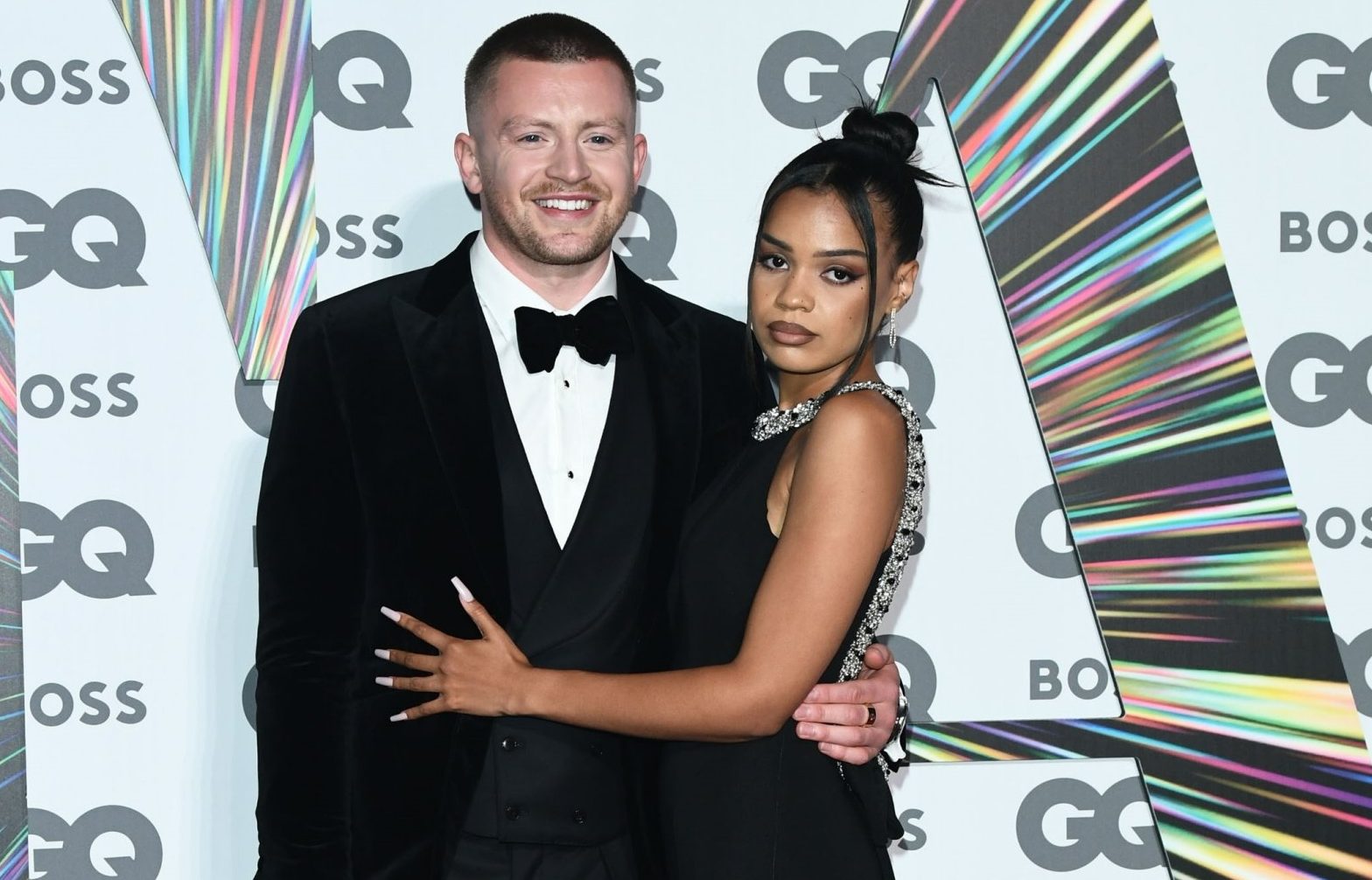 Strictly Come Dancing star Adam Peaty has been struggling over the abuse aimed at his girlfriend Eiri Munro, it has been claimed.

The Olympian, 26, is currently taking part in the BBC One competition alongside professional dance partner Katya Jones.

They found themselves in the bottom two over the weekend, with the judges choosing to send Judi Love and Graziano Di Prima home instead.

However, the series is thought to have taken its toll on the dad-of-one, who is reportedly ‘beside himself’ at the trolling his girlfriend has received and wants to protect her.

Eiri previously said that she had received ‘a lot of hate’ online, with trolls saying ‘horrible’ things to her.

‘Adam is beside himself about the abuse Eiri is receiving. He had no idea the impact being on the show would have on her and feels a responsibility as her partner,’ an insider told the Sun.

‘Adam and Katya are in training for long hours every day. Eiri has been incredibly supportive.

‘To see her being mocked by trolls has been incredibly difficult for him to stomach,’ they added. ‘He wants to protect her. Adam is trying to work out if they can somehow make it stop as it’s so hard for him to see Eiri upset.’

Adam’s relationship with the artist – who he shares son George-Anderson with – was thrown into the spotlight recently when he appeared to lean in for a kiss with Katya at the end of a routine, before stopping himself.

He quashed speculation over the scenes at the time and insisted there was nothing more to it.

Eiri initially made light of the moment on TikTok, but later explained that the fall-out from it had been ‘a lot’ and had caused her to take a ‘break’ from social media.

‘I did take a little bit of a break, a little one,’ she shared on a recent video. ‘I want to say thank you to everyone, it actually makes me a bit emotional. To everyone that has been really nice to me because last week was a lot. I do want to say I appreciate people on here.

‘Even if it’s a thousand nice comments and one mean one, it’s so easy to feel like the world is against you and it did feel like that for a while.

‘Then I had a reality check and I remembered that I’m not that important.

According to the Mirror, she added: ‘I have been receiving a lot of hate on the internet – people saying really horrible stuff. I am trying to lay it to rest now as I am tired.’