Steph, 38, was back on hand to present the second episode of Steph’s Packed Lunch on Tuesday afternoon and she was joined in the Channel 4 studio by yet another panel of celebrities. As well as former Emmerdale star Gemma Atkinson, 35, offering a helping hand, sports pundit Chris, 62, had the role of giving a satirical view of the day’s headlines. However, one of his comments didn’t get the reaction he wanted as the host told him he was “going to be in trouble”.

Chris had just told viewers how chef Gordon Ramsay, 53, was facing a backlash on social media for promoting a Full English breakfast which costs £19.

Trying to make a joke of the matter, the sports pundit compared a fry up to a Scottish salad, although he didn’t get the laughs he was hoping for.

The camera then returned to Steph, who looked less than impressed when she told her co-star: “Oh Kammy, you’re in trouble with our Scottish producer for that one.

“She’s raging,” the host remarked, before quickly carrying on with the rest of the show and discussion of the day’s headlines.

Despite the awkward atmosphere which filled the studio, the journalist managed to get the show back on track, much to the delight of viewers. 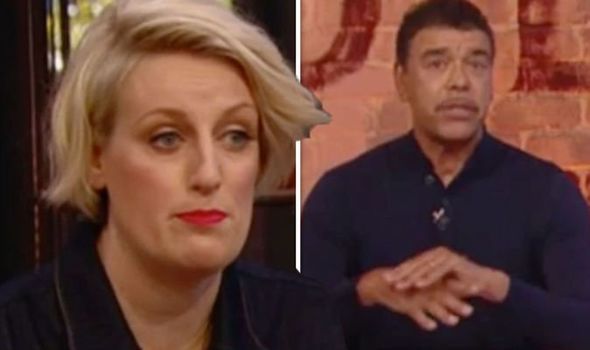 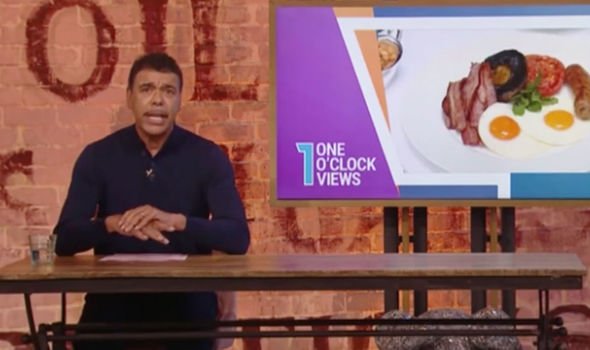 Taking to Twitter, those watching at home commented on seeing the journalist back on screen after the chat show was taken off the air back in May.

One posted on the social media platform: “I’m loving #PackedLunchC4, About time @StephLunch was back on TV.”

Another gave a different view as they added: “I can’t see #packedlunchc4 lasting very long. I watched some of it yesterday.” 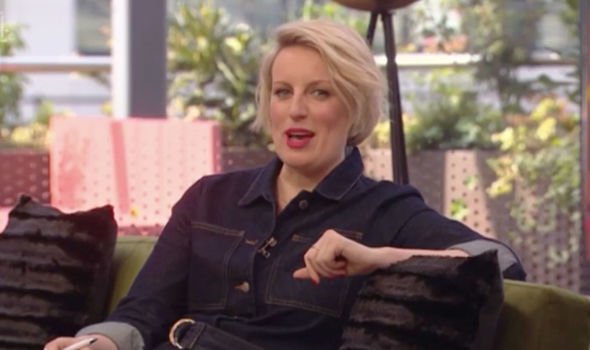 Despite its highly anticipated return to the small screen, viewing figures didn’t match those seen when the programme launched back in March.

The show was filmed from Steph’s house from March to May, with 234,000 viewers tuning in for its debut episode earlier this year.

Monday’s edition of the programme saw a huge decrease as less than 100,000 watched the relaunch from a studio at Leeds Docks.

Speaking ahead of the chat show first airing several months ago, the presenter said: “Of course I’m nervous.”

“That’s also why I love it. I’m someone who loves live telly, pushing myself,” the former BBC Breakfast star added.

“But when your name’s on the tin, there’s no one else to blame if it’s rubbish. If it’s rubbish, it’s my fault.”

Live programmes, such as Steph’s chat show, are suffering from the lack of audience interaction as limited numbers of the public are allowed to watch from inside the studio.

This has been done to try and combat the spread of coronavirus, but Commissioning Editor for Comedy and Entertainment at The Radio Times, Frances Taylor, said a bigger audience brings “a lot of energy and pace.”

Can’t see this Brexit poll? Click here to open in your browser

“Without them, a lot of programmes have a very different atmosphere,” she explained, adding: “Question Time probably is serving better without an audience because it feels less gladiatorial, less combative.

“So it’s a calmer arena without the booing and clapping, it feels like a more measured programme. And for the factual political programmes, that’s arguably an improvement,” Frances told BBC News.

Steph addressed the challenges she would be facing with presenting at home and from a studio with a limited audience.

“It could be a bit rough around the edges but that’s how I’ve been described for most of my career,” the journalist quipped.