For decades, endless discussions have floated around the Star Wars fandom about the meanings behind numerous plot points, themes, and characters within the trilogies. Discussions continue to rage on about what creator George Lucas’ intention was behind specific events in the narrative, as well the lessons he wanted viewers to learn while watching his iconic space opera.

Today, fans still have questions about the motivations behind the actions of the franchise’s main characters. Luckily, fans got an answer to one of their biggest questions thanks to a recent interview with Mark Hamill, the original Luke Skywalker. The actor revealed that despite accepting the immense responsibility to overthrow the Galactic Empire, Luke had no political motivations whatsoever.

Luke Skywalker grew up a poor farmer, unaware of his destiny 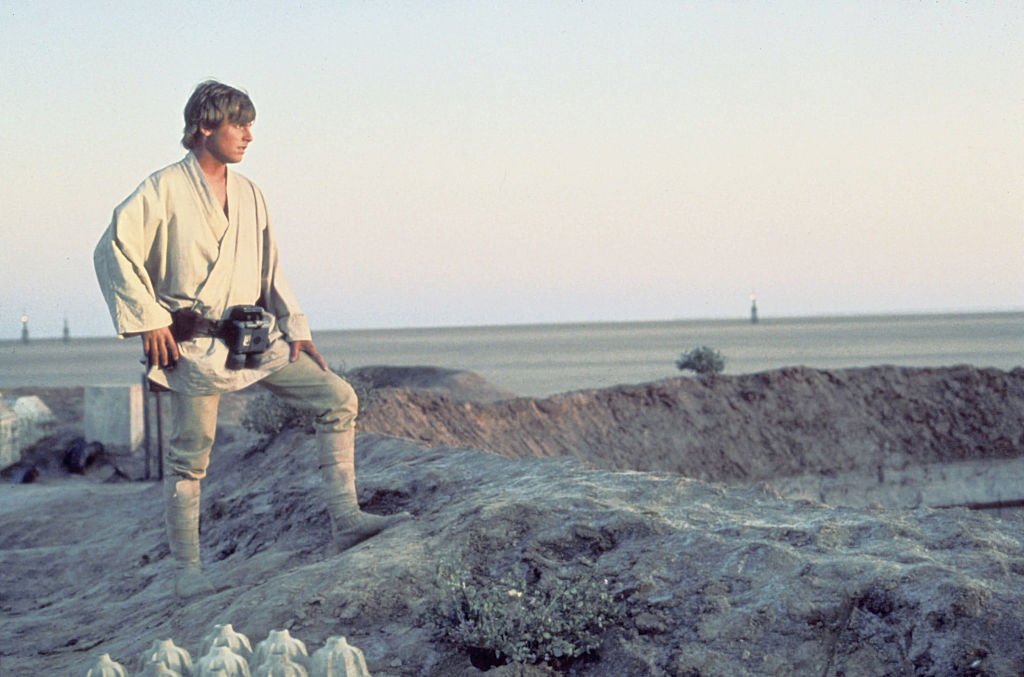 Luke Skywalker, the main protagonist of Star Wars, spent his early years on Tatooine, the desert planet that his father, Anakin, was once a slave on. Oblivious to his true lineage, he lives with his aunt and uncle as a poor moisture farmer with aspirations of one day leaving the barren planet.

Luke begins to fulfill his destiny after he finds and purchases R2-D2 and C-3PO, two droids bearing vital information that will prove to help end the galactic war. After viewing a cryptic message from Princess Leia and searching for a missing R2-D2, he’s brought into contact with Obi-Wan Kenobi, who would save him from Tusken Raiders. Shortly after, Obi-Wan attempts to give Luke his father’s old lightsaber and offers to teach him the “Force”, but Luke declines.

It isn’t until Luke returns home and finds his aunt and uncle murdered that he realizes the severity of the galactic conflict and is moved to join the rebellion.

Although it’s not included in the original Star Wars film, there’s a scene preceding Luke’s encounter with Obi-Wan that provides more information about him. Apparently, the removed scene shows Luke meeting with his friend Biggs Darklighter, who has just returned as a graduate of the Imperial Academy that Luke desires to join.

During their conversation, Biggs reveals that he secretly plans on joining the rebellion instead, but Luke is equally as excited to hear this as he is to see his friend become a member of the Imperial Army.

In hindsight, it is probably best that the scene has been deleted from the movie. During a recent interview with the Russo Brothers Pizza Film School Hamill explained that the scene not only shows his lack of loyalty to either side of the conflict but also his ignorance of the severity of the war.

“The only reason that is interesting to me is that Luke has no political persuasion,” Hamill said. “He thinks it’s great he is in the Empire! Luke wants to be in the Empire if it will get him off the farm! So he is completely pure in that he is not politically motivated in any way, shape, or form.”

At the beginning of the film, Luke desires so deeply to get off of Tatooine that he doesn’t care if he must become a member of the oppressive Galactic Empire in order to do so. Also, since he hasn’t experienced the crushing loss of his aunt or uncle yet, it hasn’t hit home why the war is such a serious issue. All things considered, it was probably for the best that this scene didn’t make it into A New Hope.