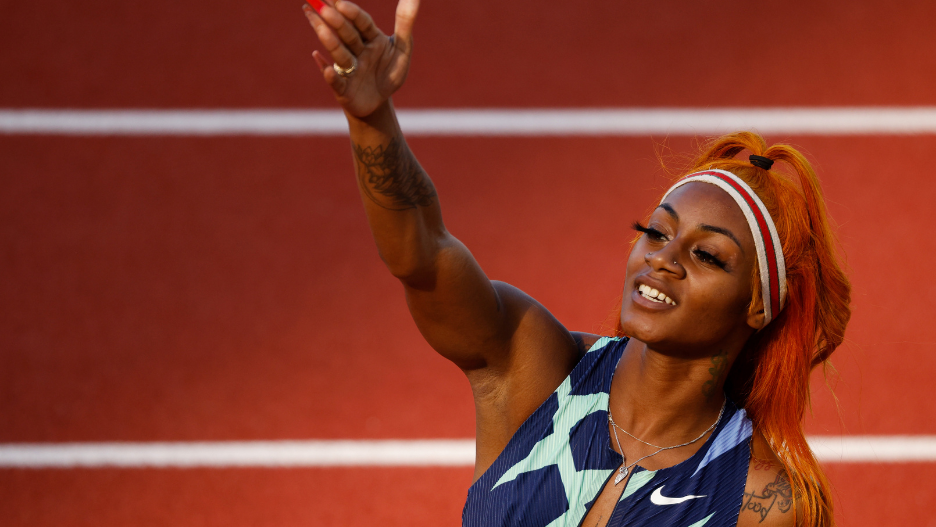 Sprinter Sha’Carri Richardson’s first time back on the track since the marijuana scandal that cost her a trip to the Tokyo Olympics didn’t end quite as she had hoped – in last place.

Richardson finished last in the 100-meter dash at the Nike Prefontaine Classic in Eugene, Oregon, on Saturday. It was the sprinter’s first race after a month-long break that would’ve been her Olympics debut had she not been suspended for testing positive for marijuana on a drug test and kicked off Team USA.

“I’m not upset with myself at all. This is one race. I’m not done, you know what I’m capable of,” Richardson said in a post-race interview. “Count me out if you want to, talk all the s— you want because I’m here to stay. I’m not done. I’m the sixth fastest woman in this game ever and can’t nobody ever take that from me.”

Richardson congratulated the day’s winners but stressed that, “they’re not done seeing me yet, period.”

The next time we see Richardson compete will not be as soon as planned, however. Per the Prefontaine Classic’s official Twitter account, the track star chose to withdraw from the 200-meter race.

The women’s 100-meter race was swept by the Jamaican team, with recent Olympic gold medalist Elaine Thompson-Herah coming in first and teammates Shelly-Ann Fraser-Pryce and Shericka Jackson finishing after.

Since Richardson probably had yet to check social media at the time of the interview, she was correct in predicting that there’d be a great deal of s—talking going on online. #DEADLAST began trending alongside her name Saturday, with many users mocking the fact that she “got banned for smoking and ended up getting smoked,” and highlighting the irony of her Nike ads playing during commercial breaks.

Richardson owned up to her positive cannabis test last month, explaining how the drug had helped her cope with the sudden death of her mother. 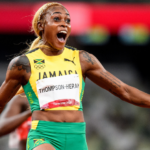