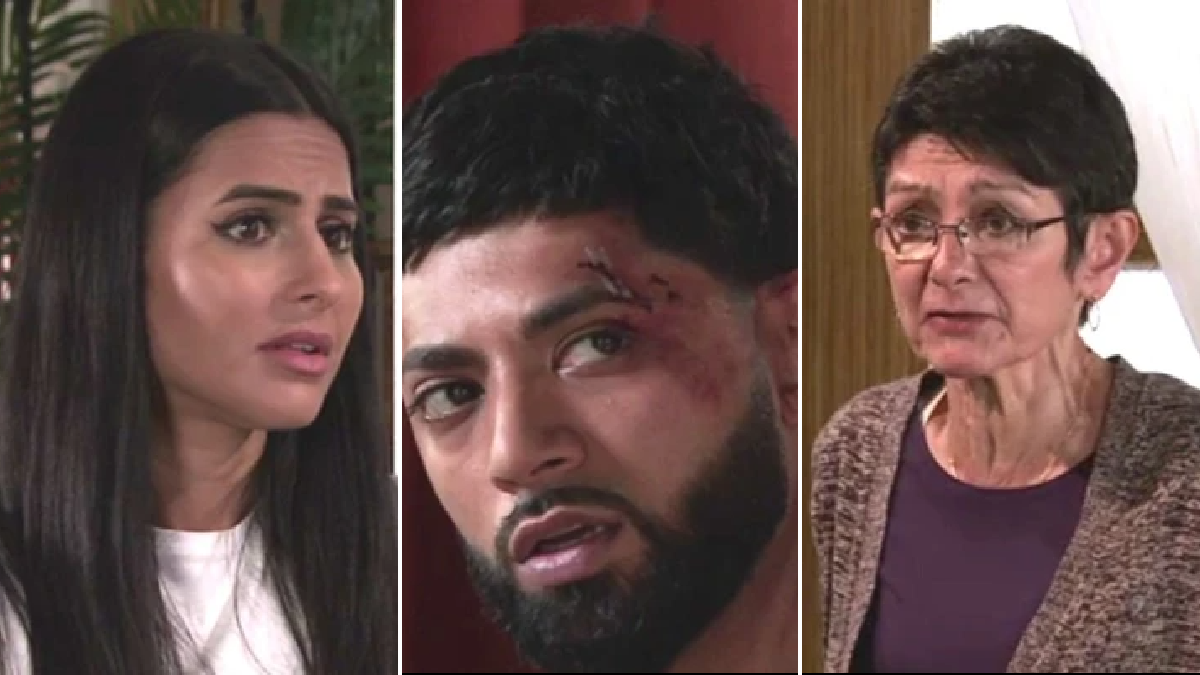 Zeedan Nazir (Qasim Akhtar) has been back in Coronation Street for all of five minutes and is already bringing trouble to Alya (Sair Khan) and Yasmeen’s (Shelley King) door.

Tonight (September 20), we learnt the real reason why he’s back in Weatherfield.

Alya quickly changed her mind about the money after seeing their dispute, pointing out Ryan supported her and Yasmeen during the Geoff (Ian Bartholomew) ordeal and Zeedan was nowhere to be seen.

Later on, exiting Speed Daal, Zeedan was attacked by a group of thugs.

After Elaine (Paula Wilcox) and Cathy (Melanie Hill) found him, Zeedan was rushed to hospital.

As Alya tried to get to the bottom of Zeedan’s secrets, Simon (Alex Bain) arrived and wasted no time in accusing Ryan of being behind the attack.

Furious Ryan teared a strip of Zeedan for trying to frame him, and was fortunately defended by Yasmeen, who reminded her grandson of Ryan’s kindness in recent years.

After witnessing Zeedan decline a phone call, Alya and Yasmeen pushed him into coming clean.

Zeedan revealed that, after leaving his wife, Mehnaz, he’s now in trouble.

And to make matters worse, Zeedan told Alya and Yasmeen that Mehnaz’s father, Hashim, is threatening to kill him.

The drama begins once again for the Nazir family – can Yasmeen and Alya protect Zeedan?

How much danger will the family be in if Hashim arrives on the cobbles?