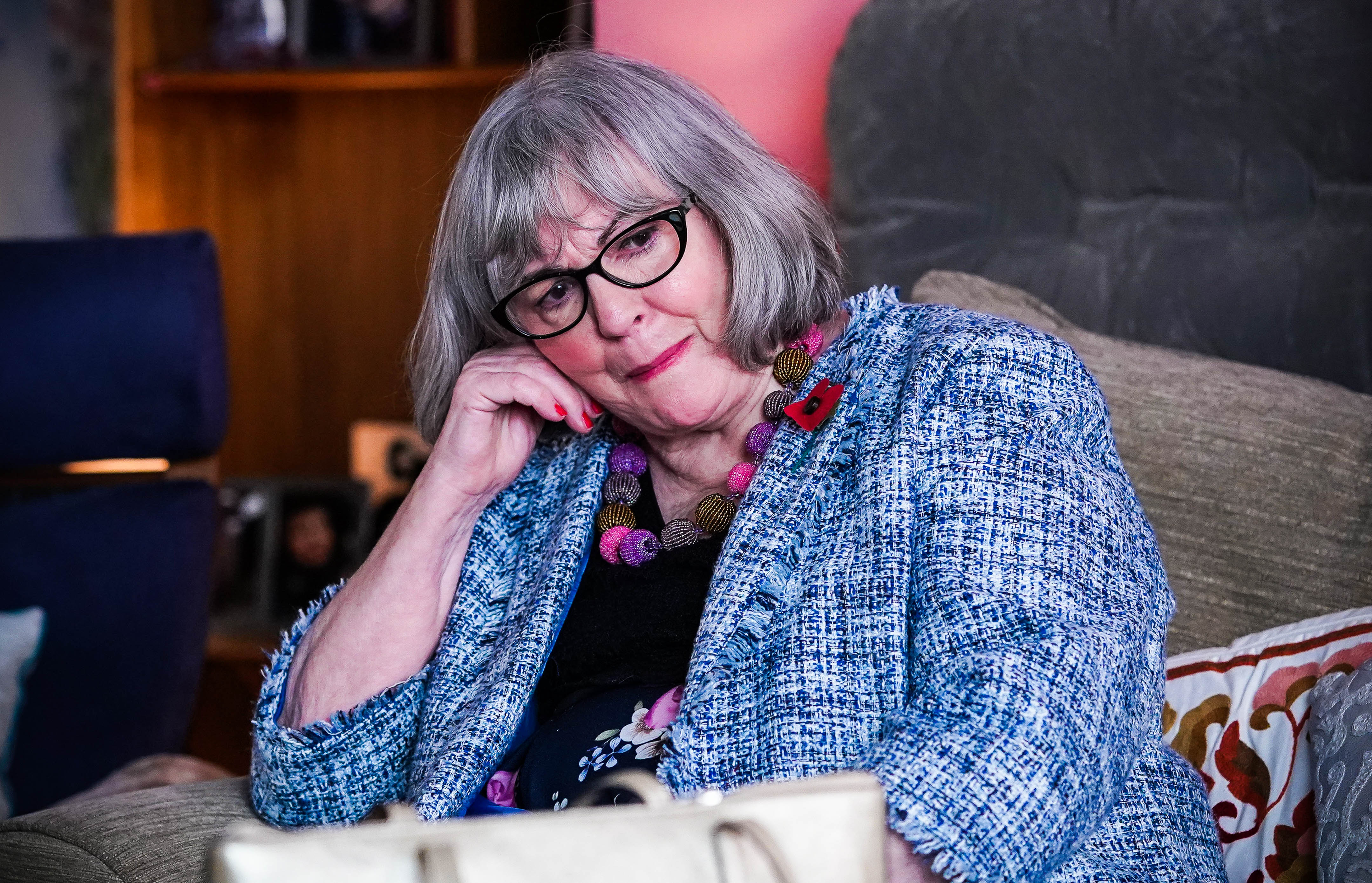 Vi Highway (Gwen Taylor) has been on the verge of tears after discovering son Jonno sold all of her belongings in EastEnders.

Suspicion has been growing for Patrick (Rudolph Walker), who’s supported Vi during the upsetting ordeal.

Patrick realised all wasn’t right with Vi when he found a picture in a book Kim (Tameka Empson) bought from Billy (Perry Fenwick).

What did the picture show? A pregnant Vi.

When Patrick met up with Vi, she opened up to him, explaining that after a brief relationship, she gave birth to her Downs Syndrome son, Christopher.

Sadly, Vi also revealed that she put Christopher up for adoption.

Coming up, as Patrick helps Vi, they set off in the hope of finding Christopher, but they lie to Rainie (Tanya Franks) and Stuart (Ricky Champ) and pretend they’re going on a date.

Patrick and Vi visit the adoption centre but the officer prepares Vi for what could be a long and difficult process.

Determined to find her son, how successful will Vi be?

Will she tell Callum (Tony Clay) and Stuart her secret?