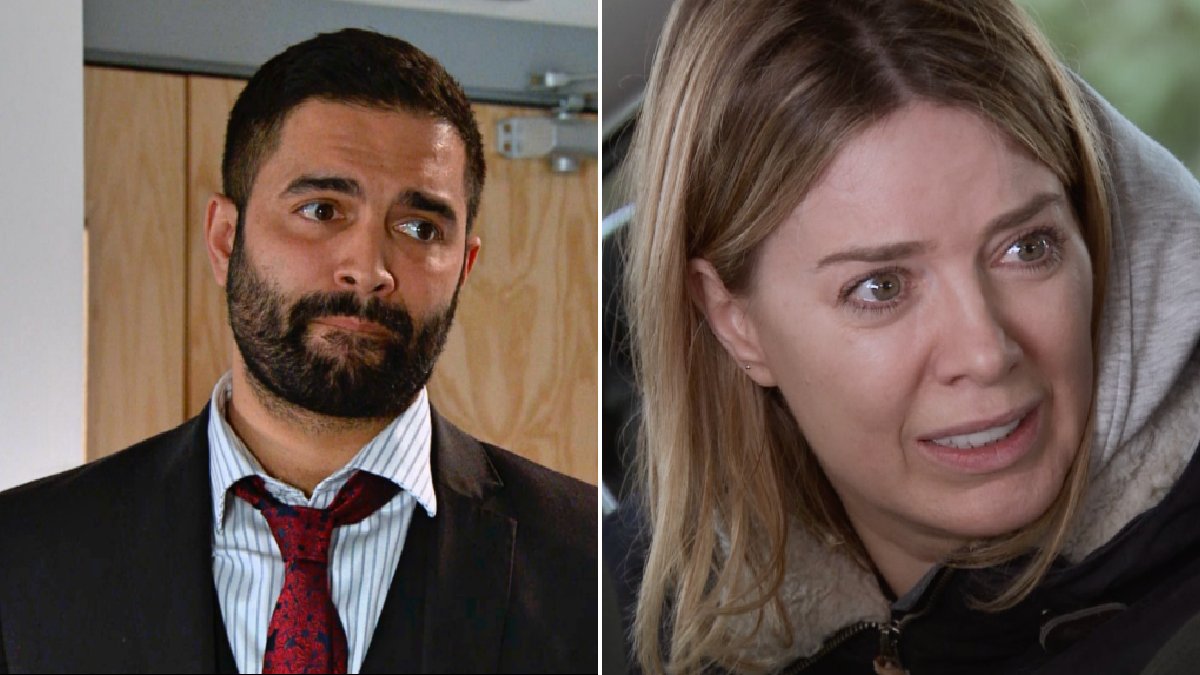 It was always going to be a difficult day for Abi Webster (Sally Carman) in Coronation Street tonight, who went up against Imran Habeeb (Charlie de Melo) – a sly lawyer – over custody of Alfie.

Imran – as ever – was feeling overly confident as the episode began tonight, certain his cruel behaviour and lies would be enough for the court to side with him.

One lie Imran has been spinning is the fact Abi has returned to drugs and therefore, shouldn’t look after Alfie.

As this isn’t true, paralegal Ben has reminded Imran that the only way he can make it seem as though Abi was sourcing drugs again was to lie.

As the hearing got underway, Abi’s representative, Elliot, reminded the courts that she had regularly been attending support meetings and undergoing drug tests.

Imran stood up and lied through his teeth, telling the Judge that Abi was back on drugs and shouldn’t be looking after their baby.

Ultimately, it was Ben lying about seeing Abi buy drugs from Dean that made the Judge decide Imran should have custody.

With Abi devastated, Toyah (Georgia Taylor) told Imran how upset she is that Abi has relapsed – totally unaware of the truth.

When you defend a liar – you become a liar yourself – but is Toyah doing this deliberately?

Is this all part of her revenge plan ahead of Charlie’s exit from the soap?