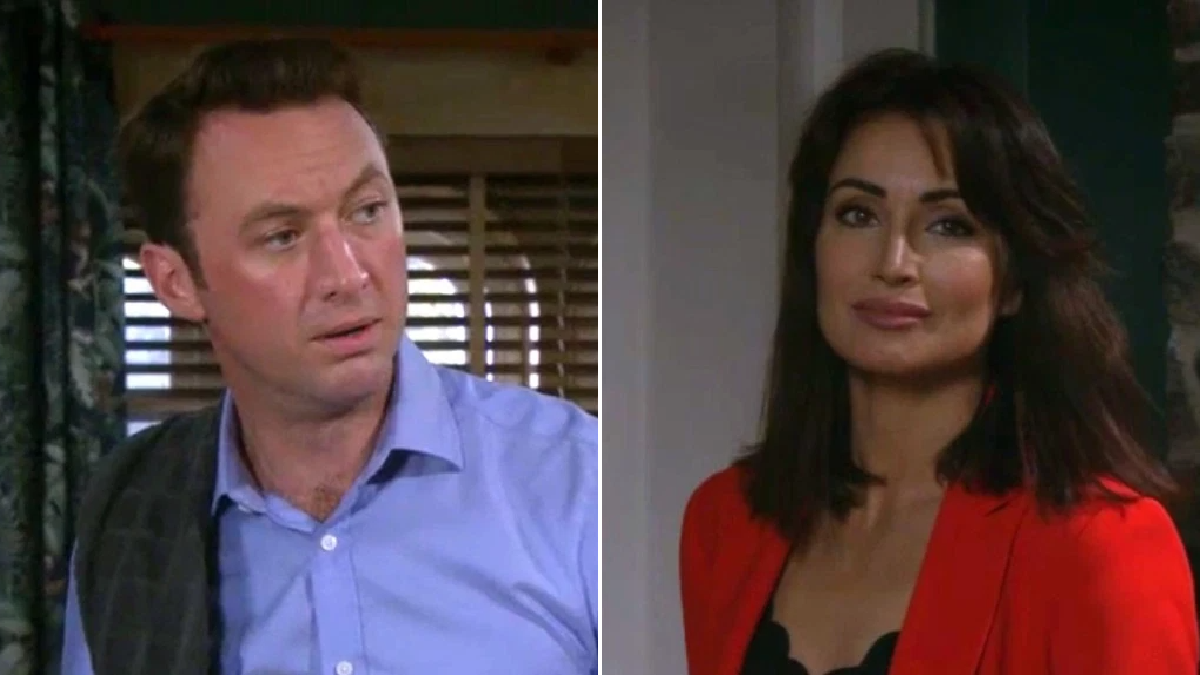 Leyla Harding (Roxy Shahidi) is fearing her marriage to Liam Cavanagh (Jonny McPherson) could be over following the discovery she is pregnant in Emmerdale.

Yesterday (August 18), after taking her pregnancy test, Leyla tried to find the right moment to tell Liam they’d soon be welcoming another child into the world.

However, as they met up for lunch, grieving Liam told his wife that in order for him to move forward, he’d need to live a normal, boring life, without any surprises.

Knowing a pregnancy reveal would be up there with a very big surprise, Leyla chose to keep things a secret.

Tonight (August 19), while writing another letter to a friend following Leanna’s (Mimi Slinger) death, Liam came across a pregnancy test.

Assuming it was Leyla’s, Liam was confused as only yesterday, she promised no surprises.

Liam made things perfectly clear to Leyla that a new baby was the last thing he wanted right now, convinced another child would be like ‘replacing Leanna’.

Devastated, Leyla made her way over to the office and bumped into Priya (Fiona Wade).

Leyla explained that because she wants to keep the baby and Liam doesn’t want to be father again, she’s fearing the pregnancy reveal could be the thing that destroys her marriage for good.

Can Leyla find the confidence to tell Liam?

Knowing her marriage could potentially come to an end?