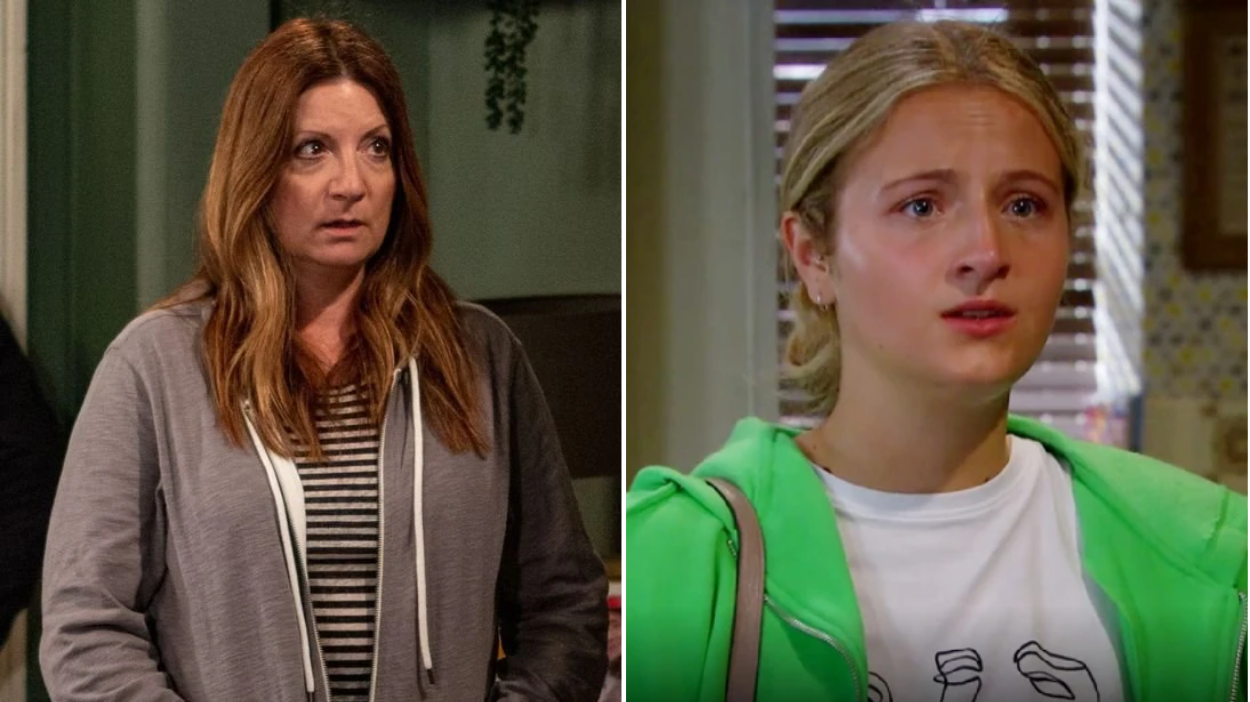 Amelia (Daisy Campbell)’s pregnancy secret is set to be the talk of Emmerdale in coming days when it gets dramatically revealed. And it all starts when Harriet (Katherine Dow Blyton) sees Amelia and Noah (Jack Downham) kissing.

Since getting out of prison Noah seems to be quite the reformed character. Amelia has been grateful to have his support as she previously felt completely alone in dealing with the shock news of her pregnancy.

In upcoming episodes Noah goes with her for her scan and they’re both emotional when they see the image of the baby. They begin to realise that their feelings for each other have started to go beyond friendship and they start thinking about a future together.

Because of Noah’s very poor reputation in the village, obviously Amelia wants to keep the relationship – and her pregnancy – quiet for as long as possible. But this is Emmerdale and there are eyes and ears everywhere. The eyes in this case belong to Harriet, who spots Amelia and Noah kissing.

Harriet breaks the news to Dan (Liam Fox) that his daughter is dating Noah, a boy best known for going through Gabby (Rosie Bentham)’s knicker drawer and stalking Chloe (Jessie Elland). In other words, not ideal son-in-law material. Dan is predictably shocked.

But could Harriet’s revelation lead to Dan discovering that his daughter is hiding another, even more shocking, secret?