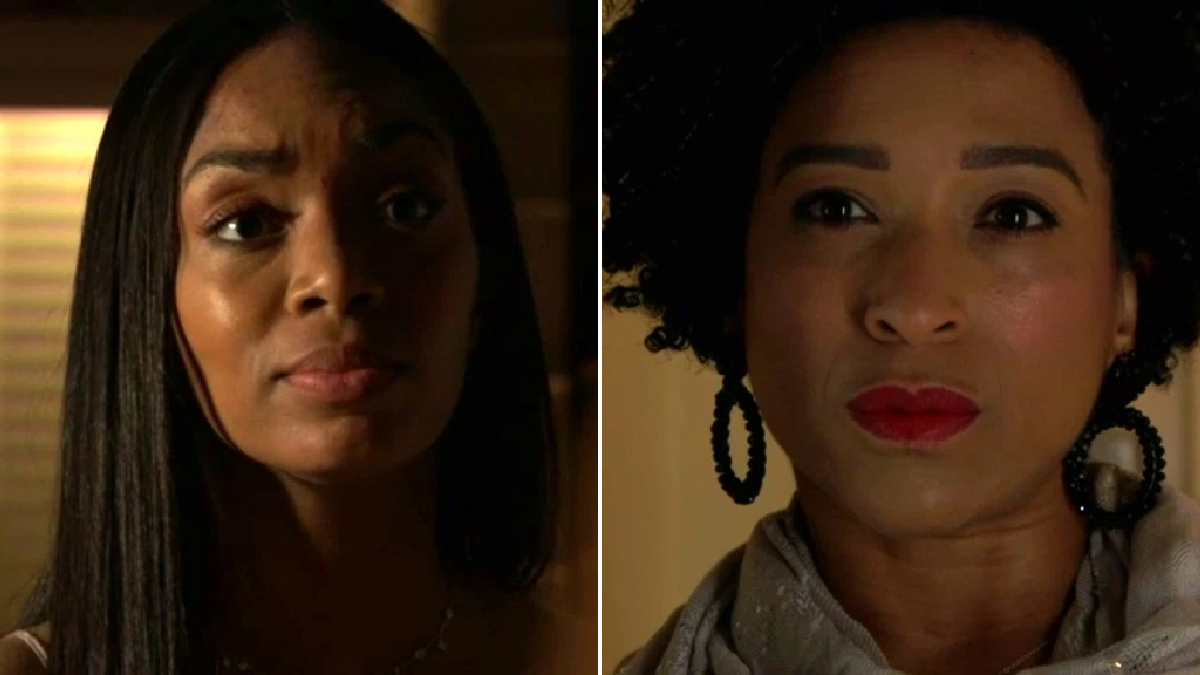 The two of them have been in a relationship for a few weeks but tonight (July 15), Chelsea was brought down to ground level from cloud nine as Gray’s boss Laura gave her a chilling warning.

Returning from her hearing, Chelsea was sporting an ugly ankle tag.

On bail but still wanting to go to Gray’s work drinks, she glammed up, added a few diamantes to the ankle tag and joined Gray at Ruby’s (Louisa Lytton) club.

As Gray greeted Laura, she picked up on Whitney (Shona McGarty) no longer being on his arm. Clashing with Gray’s boss, Chelsea decided they should make the most of the free bar and the couple drank…a lot.

Drunken Gray was dancing in the club but after a fall, Chelsea knew it was time to head home.

Following them home was Laura, who, after getting on the wrong side of Chelsea, decided to warn her about Gray.

‘He’s a white saviour, my darling. Looking for poor little girls he can break down and remodel in his own image’, Laura chillingly told Chelsea.

Chelsea told Laura she was her own person, but she was certainly taken aback by the warning and Laura saying she’s ‘sick of him getting away with it’.

Will Chelsea run while she still has the chance?