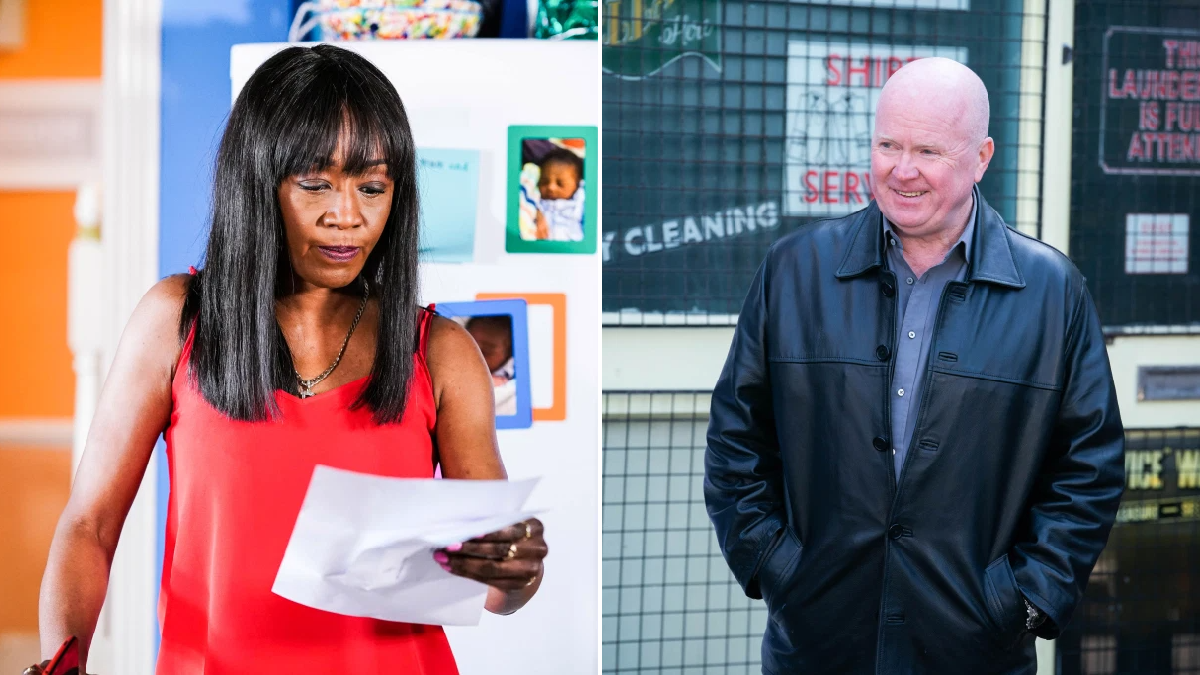 Denise Fox (Diane Parish) has attempted to stand her ground when it comes to letting Phil Mitchell (Steve McFadden) see Raymond in EastEnders, but lately, she hasn’t had a lot of luck.

Initially, Phil listened to what Denise had to say, knowing the damage it could cause if he attempted to involve himself in Raymond’s life.

Now though, things have changed. Phil is running the cab/laundrette company with Kat (Jessie Wallace) and is determined to change his life for Raymond.

After spending the day with Raymond, Phil decided to tell him he was his father, much to Denise’s annoyance.

Ready to be a staple in Raymond’s life, Phil has set about sorting a custody battle, and Denise has a tough fight on her hands as she realises Phil want’s joint custody of their son.

It’s going to be a difficult battle indeed, let’s not forget Denise’s former husband is a serial killer, and well, we’d be here all day if we listed the amount crimes Phil has committed in his past.

Can Phil and Denise come to a mutual agreement for Raymond?

Or will the fight see one of them lose access for good?