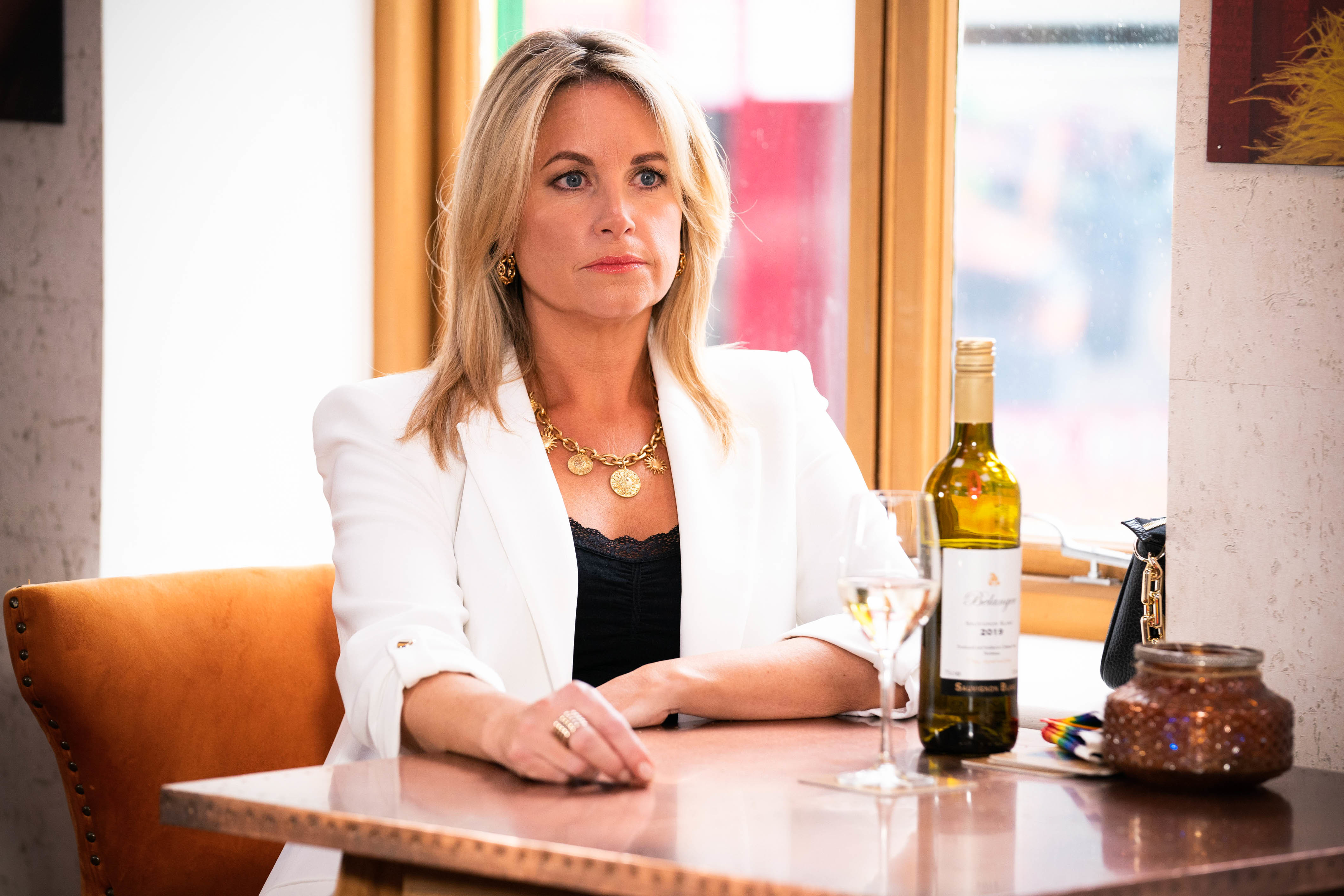 There’s an explosive return to EastEnders soon, as Sam Mitchell (Kim Medcalf) returns to Albert Square. And, as you would expect of any member of the Mitchell clan, she’s bringing plenty of drama and controversy with her.

She immediately gets on the wrong side of Kat (Jessie Wallace) and Sharon (Letitia Dean) as she seems to relish winding them up. But she stays tight-lipped about why she’s back, leaving the two of them puzzled and angry.

Jack (Scott Maslen) is also unsettled to see his ex, mainly on behalf of their son Ricky (Frankie Day) who doesn’t have a relationship with his mum. Will Sam want to get to know her son?

Jack’s worried that it could all be really unsettling for the boy, but Denise (Diane Parish) advises him that Ricky deserves the chance to get to know Sam.

Meanwhile Ben (Max Bowden) is furious when he discovers what Sam is up to. With old feuds being reignited all over the Square, it’s fair to say that Sam’s return doesn’t go down well – but what – or who – has brought her back to Walford?