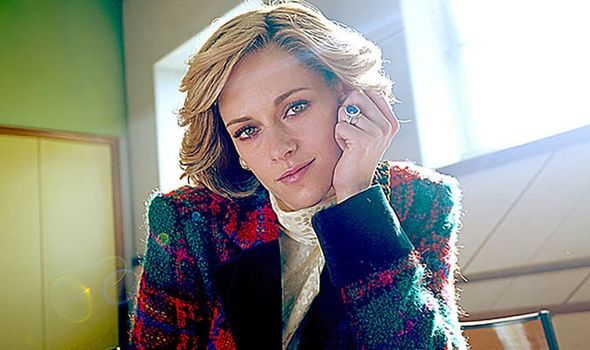 Billed as “a fable from a true tragedy”, Jackie director Pablo Larraín shoots Diana’s final Christmas with the in-laws like a horror movie, complete with spooky castle, arcane rituals and ghostly apparitions. It’s 1991 and a nervous Diana arrives late for Christmas Eve sandwiches at Sandringham to the disapproval of watchful equerry Major Alistair Gregory (Timothy Spall).

Before she can hug her two sons (Jack Nielen and Freddie Spry), Gregory insists she be weighed on a set of antique scales as part of a tradition that demands guests gain at least three pounds during the celebrations.

For a woman suffering from bulimia, this is another indignity at the hands of the uncaring, controlling establishment she is desperate to escape. “It’s just three days,” Diana tells herself in the mirror.

By the following Christmas, she will have officially separated from her husband, but for now she will try to comply with her tightly regimented duties for the sake of her children.

The furtive glances from staff and an icy Charles (Jack Farthing) suggest Diana is deeply unwell.

It all begins to unravel on Christmas Day in a deeply unsettling scene at the dinner table.

As a string quartet wails away manically on violins, the guests sip on soup and we are plunged into Diana’s fevered mind as she imagines breaking her pearl necklace ‑ identical to one gifted by Charles to his mistress Camilla ‑ and crunching on the beads like croutons.

As tensions rise between Diana and the Windsors, she has visions of Anne Boleyn, a queen executed for adultery even though “her husband was the adulterer”.

By now, Stewart has completely disappeared into the role. She nails the voice and mannerisms but her ambitions extend far beyond mimicry.

Her tightly coiled performance offers glimpses of a lost soul in crisis.