Sky News has responded after mistaking the Chris Kaba justice march for a crowd paying tribute to Queen Elizabeth II.

The broadcaster received backlash on Saturday after mistaking the protest for mourners making their way to Buckingham Palace to pay their respects to the late monarch, who died on September 8, aged 96.

Viewers were quick to call out the comments, branding them ‘shameful’ and ‘disrespectful.’

Kaba was shot and killed by a Metropolitan Police officer earlier this week, at just 24 years of age.

His ‘devastated’ family organised a demonstration to take place this weekend, starting at Parliament Square and heading to Scotland Yard, with the likes of Stormzy showing up to offer support and deliver an inspiring speech.

Earlier today when showing clips of the protest, a Sky News anchor said: ‘The weight of this historic moment has been felt here at the gates of Buckingham Palace. Thousands of people still arriving to pay their respects to the Queen’. 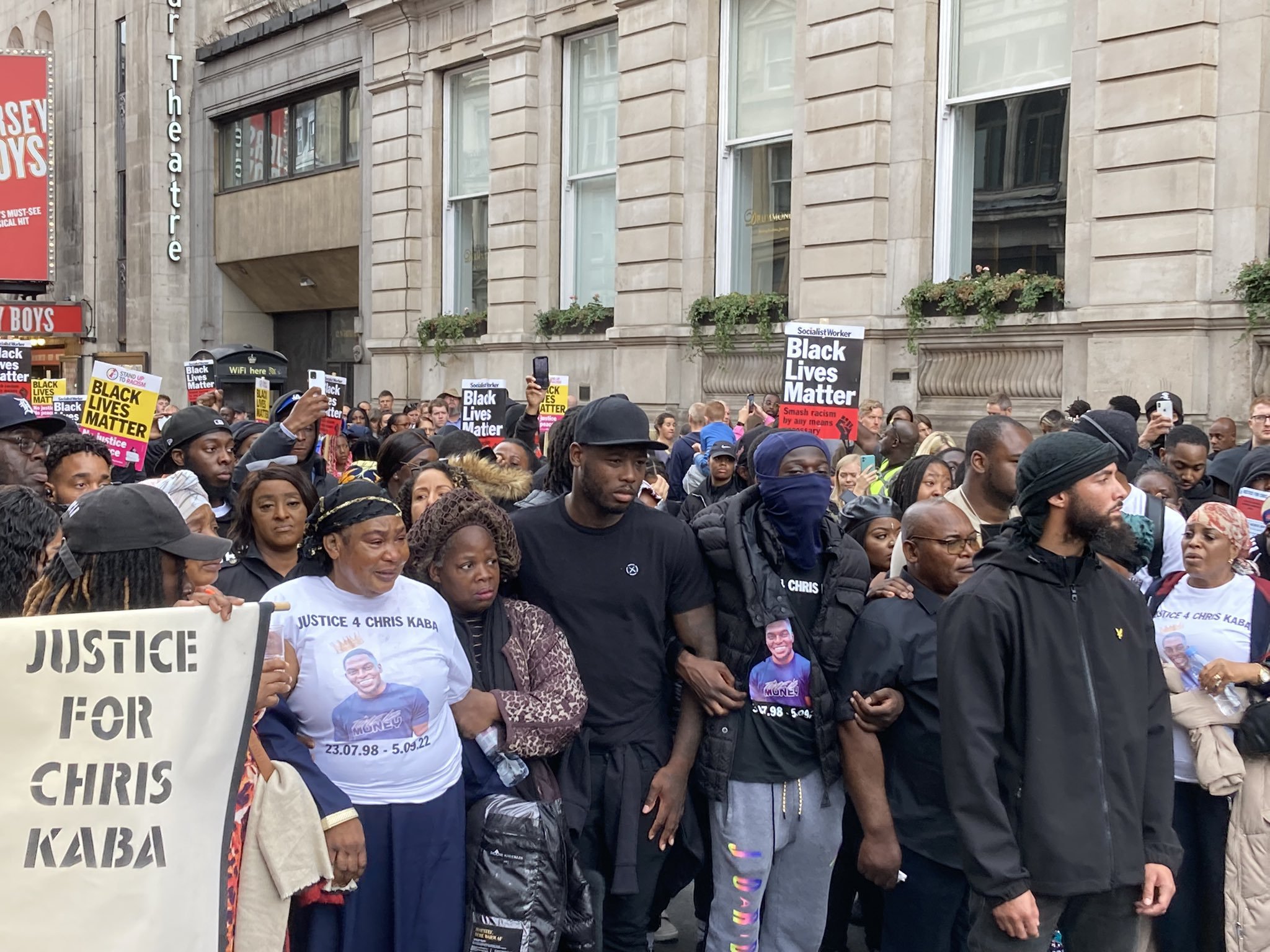 After being corrected by thousands online, several of whom actually submitted complaints to Ofcom, Mark Austin issued clarification.

‘I’d just like to clarify something we said in our reporting a little earlier today. This afternoon we showed pictures of a crowd of people in Trafalgar Square and described them as being on their way to Buckingham Palace,’ he began.

‘We’d just like to make it clear that those pictures were actually of a protest that was taking place over the death of Chris Kaba, who was shot and killed by a police officer in South London.’

He concluded that the network will be ‘reporting on that story in full later.’

In a later statement issued to Metro.co.uk, a Sky spokesperson added: ‘We apologise for a mistake made earlier today which accidentally misidentified aerial pictures of a protest march for Chris Kaba as a large gathering paying tribute to Queen Elizabeth II. We have also issued a correction on air to clarify the footage previously shown’

However, outraged viewers were left unsatisfied with the on air response, continuing to demand a proper apology for the comments made.

‘This is a correction, but it is not an apology’, one person tweeted, alongside the clip.

A third branded the original comments ‘disgusting reporting’ while one Twitter user called the response ‘too little too late’.

Following Kaba’s death, an investigation has been launched, the Met confirmed.

The young man, who was due to become a father in November, was killed after a single bullet was fired by an officer earlier this week.

Kaba became involved in a police chase when an automatic number plate reader flagged that the car he was in may have been linked to a firearms offence.

Armed police swooped on the vehicle after hemming it into a narrow street but a search later revealed Kaba was not armed.

CPR attempts were made after he was shot but he could not be revived, leading to an outpouring of anger in his community. His family believes he may still have been alive had he have been white and are demanding ‘answers’.