During Tuesday’s instalment of Dan Wootton’s Tonight show on GB News, the host was discussing whether terms such as “mansplaining” and “manspreading” were undermining feminists. Speaking to Kate Smurthwaite and Kellie-Jay Keen via video link on the subject, the topic quickly got heated.

Introducing the segment to viewers, Dan informed people that the term “mansplaining” is used when a male is explaining something to a woman under the impression he knows more.

Dan then played a series of clips that showed many women using the phrases in government and during interviews to essentially shut down an argument.

He addressed Kellie-Jay as he questioned if feminists are undermining their own cause by somewhat slamming men.

The activist agreed it most likely does before the same question was directed at Kate who didn’t hold back on her opinions. 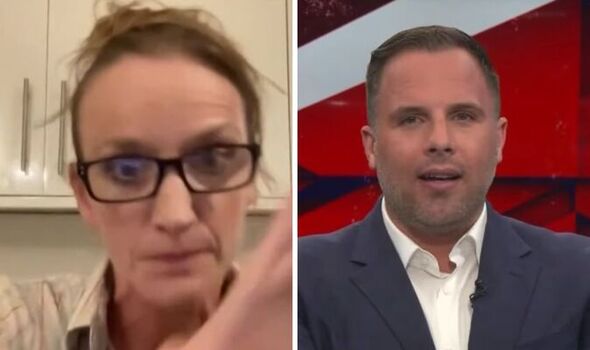 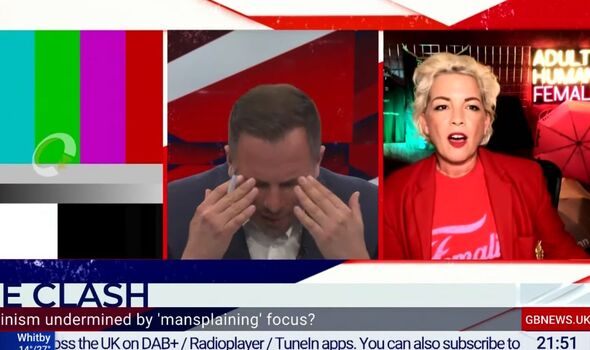 Blasting Dan, she said: “The twaddle you come up with Dan just never fails to amaze me.”

The comedian added that the words mansplaining and manspreading are nothing but “jokey terms” some people use.

Touching on the previous clips Dan had played, Kate stated that many arguments continued once the terms were used so nobody was being closed down.

Unimpressed with her comments, the GB host said she was being very sexist by claiming it was Dan who was coming up with the argument as it was taken from a column by Ayaan Hirsi Ali. 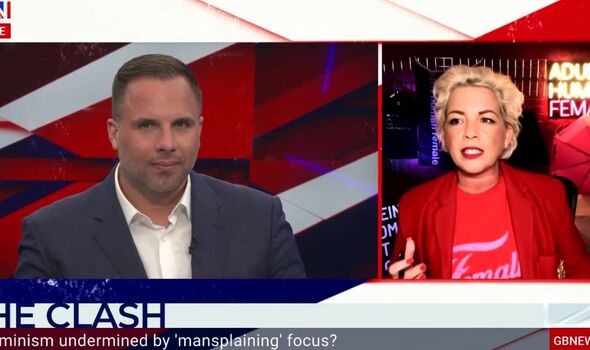 After complaining about comments that Nigel Farage had made earlier on in the show and saying it was “racist twaddle”, Dan reiterated his initial question to try and keep Kate on topic.

She continued: “If you’re here to ask me about the term mansplaining, some people use it some people think of it as a kind of feminist term.

“Feminism is not an organisation we don’t have an AGM, we don’t all think the same thing. It’s the campaign for women’s liberation and as such, women’s equality.”

“You seem to think a lot is twaddle today Kate certainly nothing racist and so far, you’re the only one who’s been sexist tonight,” Dan quipped back.

Kellie-Jay tried to jump into the conversation and asked where modern feminists, including Kate, has been as they don’t want to talk about the “existential threat” posed by transgender ideology.

Viewers could see Kate trying to speak but her mic had been muted, she then furiously put her laptop screen down causing her screen to go off.

After Kellie had finished talking, Dan commented: “I think you just triggered her Kellie! It’s a shame I want to have open and free speech here.

Kate then furiously returned to the interview and when the other guest tried to interject but Kate shouting over her: “I haven’t finished Kellie and I will speak until I have!”

She also told the GB host to let her finish before he said: “Well it’s actually my show Kate and we have two sides of the argument here.”

Asking them both to give their final points, Kate told Dan she’s told his producers and researchers multiple times she wouldn’t participate in certain debates.

When Kellie was giving her last comments on the topic the comedian was trying to interrupt with Dan telling her to stop talking and show some respect.

She then slammed down her laptop for a second time with Dan saying: “I wouldn’t dream of trying to censor you Kellie just like I would not try and censor Kate who seemed to want to come onto GB News and have a censored discussion.