IN 1994, the British owners of Ibiza’s raucous superclub Manumission were launching their new motel.

And as with the notorious club, where 10,000 clubbers enjoyed an all-night rave and live sex show, the biggest showbiz names were on the guest list. 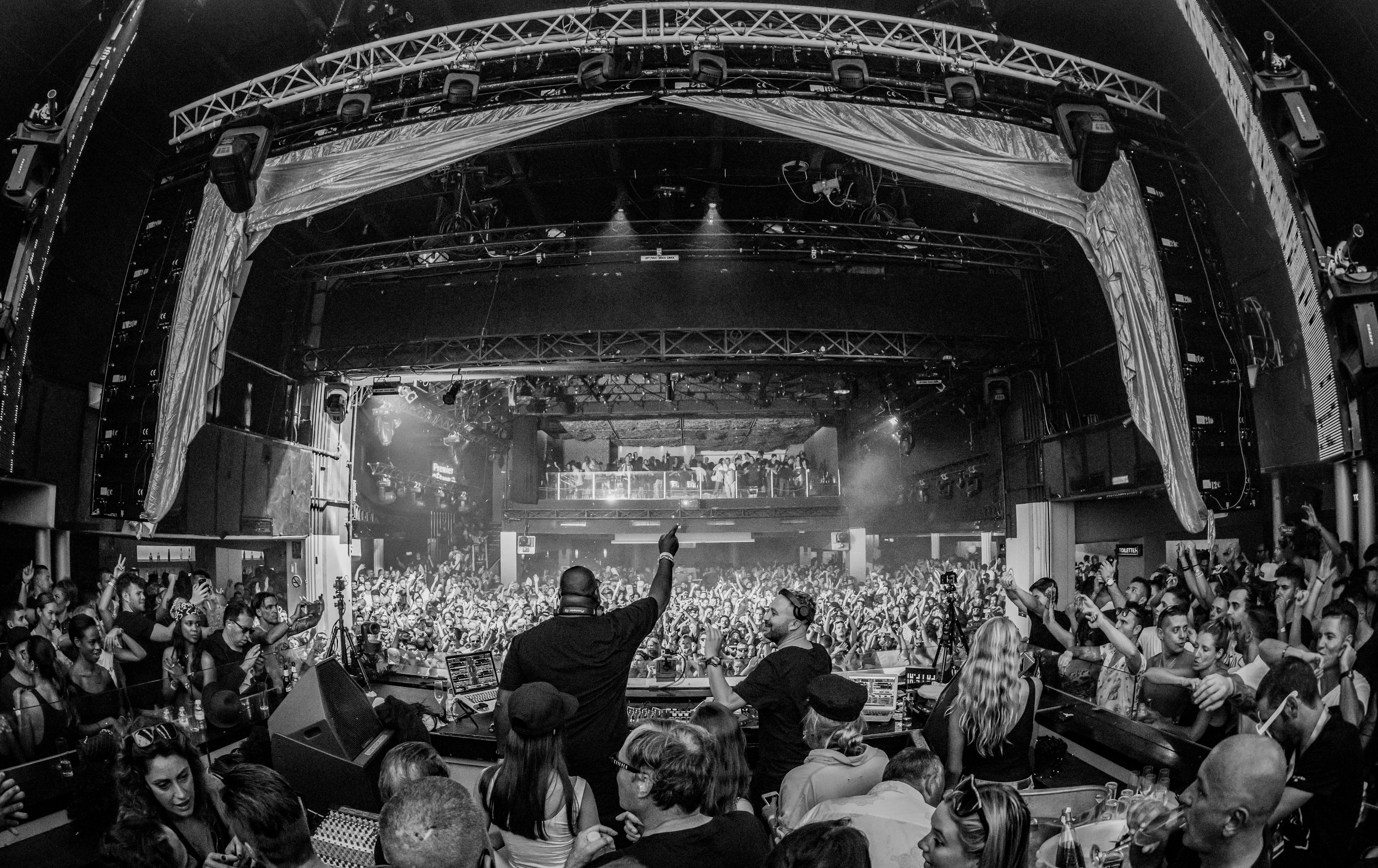 Among them was Carl Cox, a South London scaffolder turned DJ, who has since become the undisputed king of dance music.

In extracts from his sensational new book, Carl recounts that infamous Ibiza night  . . . and the time he was nearly killed in gangland warfare. 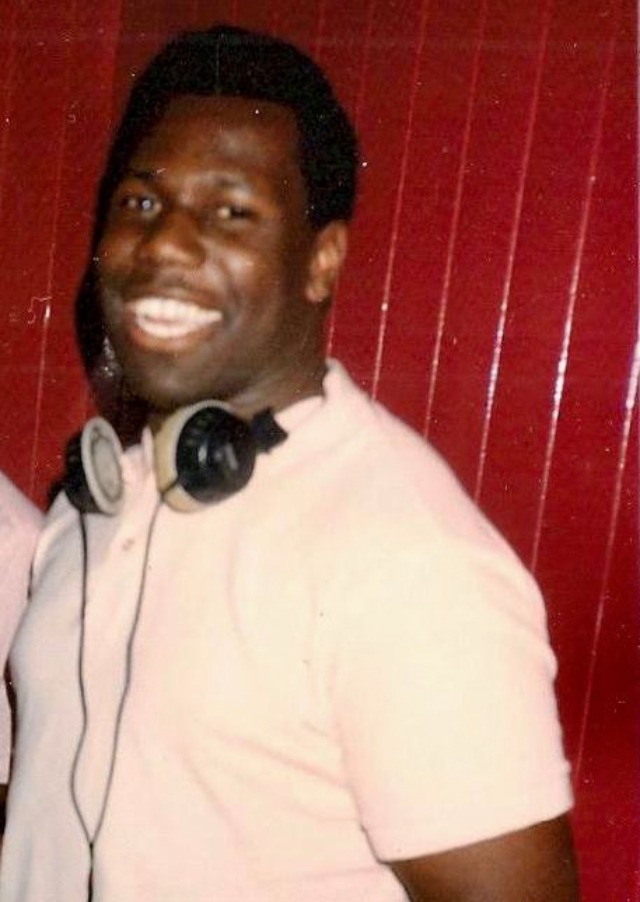 MANUMISSION was basically a superclub playground for grown-ups without boundaries, where interesting music and interesting people collided.

The night would also include after-hours carry-on parties, which were even wilder than the club night.

I was there on that now infamous night in 1994 when Mike and Claire McKay opened the Manumission Motel in a run-down ex-brothel on the wrong side of town.

A whole load of us were there for the opening night including Pete Tong, Fatboy Slim and Danny Rampling, alongside a diverse bunch of Mike and Claire’s friends including Kate Moss, Primal Scream, (drug smuggler turned author) Howard Marks and even Hollywood movie director Roman Polanski.

Mike and Claire pushed the party hard. It turned into a 36-hour frenzy that has since been given various names like The Lost Weekend and “That Night”.

It was absolutely mad.

I’ve seen some crazy things from behind the decks.

They basically opened the motel as a place for themselves, their DJs, a bunch of strippers they’d befriended and all their mates to hang out.

The thing is, in Ibiza, everyone is your mate. So this place was absolutely heaving. By this point, I was only wearing a toga and a pink wig and I definitely broke my rule of leaving at a sensible time.

This was one of the most epic nights of all time and a sensory overload. The crazy thing was, this was actually only the start of my longest sesh ever!

By Monday, and still going strong, I had to fly to Mallorca to DJ and had to go all the way through until the next morning, when I got straight on another plane to Portugal, where I played another mega-set, before getting back to Ibiza on Wednesday late afternoon and collapsing into bed, having been “on the go” since Saturday.

Amazingly, when I surfaced on the Thursday and walked out into the sunshine, the first people I saw were coming back from the opening night of the Motel, four days earlier.

I’ve seen some crazy things from behind the decks but I didn’t know what panic and fear looked like until a moment at Caracas’s La Rinconada Terrace, in Venezuela, South America, where I was playing at the Red Noise festival.

'I’ve seen all manner of things but this was dark'

I could hear a load of firecrackers going off and was still playing when someone behind me shouted in my ear, “They’re shooting!” I was thinking, “WTF, what do I do? Are they shooting at me, who are they?” All the while I kept playing as the dancefloor emptied.

I slowly drew down the crossfader, letting the track gently go silent, and in the same movement I dropped down behind the decks. The screams became deafening. I popped my head up, saw bodies on the ground and pandemonium, and dropped right back down. The stage manager was screaming at us: “Come with me!”

Next thing I was crawling on my hands and knees, following my tour manager off the stage.

We had our car brought round the back and, still not knowing what the hell was going on, decided to make a break for it. It turned out a local gang member was a fan and with one of his men and both their wives they came to the club to hear me play. As the story goes, the word got out to a rival gang, who turned up, sought them out and killed them.

With so much security present, I was amazed something like this could happen — four people shot dead less than 15 metres in front of me, with another nine people wounded in the crossfire.

I could never in my worst nightmares have imagined such an atrocity could happen on a dancefloor. I’ve seen all manner of things but this was dark.
To add to the craziness of the situation, the guy on stage filming the gig had captured the whole thing, including the bodies on the dancefloor, me ducking below the decks and the aftermath. I still can’t bring myself to watch it.

I popped my head up, saw bodies on the ground and pandemonium, and dropped right back down.

Despite what had happened in Venezuela, the next gig was probably the most dangerous show of my life, and I can’t imagine ever being in a hotter situation.

The show was at a venue outside of Bogota, in Colombia, South America, that had been built by a local businessman to be a replica of India’s Taj Mahal. The crowd was great and the party was awesome, and after my set I was led up to the VIP area. There was a real atmosphere up there, and not a very happy one.

It turned out that this was the first time the leaders of the three biggest Colombian drug cartels had been seen together in public. All these guys were fans and had come to hear me play.

This was a very heavy room, full to capacity, mobbed in every sense of the word. I was treated really well, but was still very pleased to be out of there. My working life is a tale of ups and downs. I went from a supermarket shelf-stacker and scaffolder to a budding DJ living out of the back of a car.

The unlicensed rave scene was my saviour and, although I spent an awful lot of time being chased around the countryside, I was finally able to express myself through my music.

But even then I never imagined I would go on to become a successful DJ and artist, own a motorsports team, become the most listened-to DJ on the planet, win awards, headline festivals all over the world and that in 2021 I’d be bigger and more popular than ever before.

'I did something that would change my career'

I was born to play music. I even managed to get a loan from the Prince’s Trust, which helped me get going. I spent it on sound equipment, so thank you very much HRH for giving me a chance.

In 1988 I came to meet some of the promoters of the future rave scene. London was a melting pot and acid house spread across the UK and around the world.

People wanted to party but the tough licensing laws meant there was nowhere to go. At one rave I carried on playing until 10am and it was here that I did something that would change my career.

At a big event there would often be a spare deck on the side in case one went down. Caught up in the moment, I stuck a record on the spare deck and mixed it in. The sound was fatter than I had imagined it could be.

The crowd had been winding down when the music hit them. It was as if I had just re-energised them with this magical sound. The word spread around the party like wildfire and groups of ravers came over to see what the newly christened “Three Deck Wizard” was up to.

I think many of us thought that rave was a short-term thing, so these guys went all-out to deliver the best parties. I remember one event we had in Effingham, in Surrey, on a Bank Holiday weekend.

The police had made a half-hearted attempt to stop this event even though, amazingly, they had permission to make it happen. Apparently there were a couple of police vans blocking the road that were charged by ravers, led by the security team.

The Pay Party Unit was a task force set up to stop the raves dead in their tracks. They identified me as someone to follow on the weekend to see where I’d end up.

The word spread around the party like wildfire and groups of ravers came over to see what the newly christened 'Three Deck Wizard' was up to.

I was told they’d tapped my phone and they were definitely parked outside my place, so I had to talk in code to anyone about where I was going. The whole gig business was a bit haphazard. You had to make a judgment call and go with your gut instinct. One time I got it wrong.

It was a party where nobody knew who the promoters were. As it turned out, they were all undercover police. It was the police who had booked the sound system from me, the lighting, the bar, everything.

The plan was to capture all the so-called “acid house kingpins” in one go. As the party progressed — and, to be fair, the police seemed to know how to throw a kicking party — they suddenly stopped the music and started grabbing and searching everyone. It went from hands in the air to “hands up”.

Ironically, years later I would end up invited to DJ in the Houses of Parliament. In 1989 (fellow DJ) Paul Oakenfold and I played a few gigs together.

The most surreal one, and definitely the most memorable, was when we were down at Paul McCartney’s farm. Paul’s daughter, Stella, had asked her dad if he could get Oakey to DJ for her 18th.

She could have had anyone she wanted — maybe even a Stevie Wonder/Annie Lennox/Eric Clapton/ Sting supergroup — but she wanted Oakey.

There I am, spinning acid house and techno and hanging out with Paul, Linda and Stella.

At the time, the McCartneys had made a dance record. Linda and Paul were dancing to this record in front of us while we played it.

I guess they are the kind of parents you wouldn’t be embarrassed to have dancing at your 18th.

Later on in the evening, Paul tapped me on the arm and invited me to have a pizza with him round the corner. I remember it as the most delicious pizza I’ve ever had in my life.

So there I am, spinning acid house and techno and hanging out with Paul, Linda and Stella. Stella’s friends were lots of fun and they were all up for a good time.

I even ended up getting a letter from Paul and Linda thanking me for helping make their daughter’s dream come true. 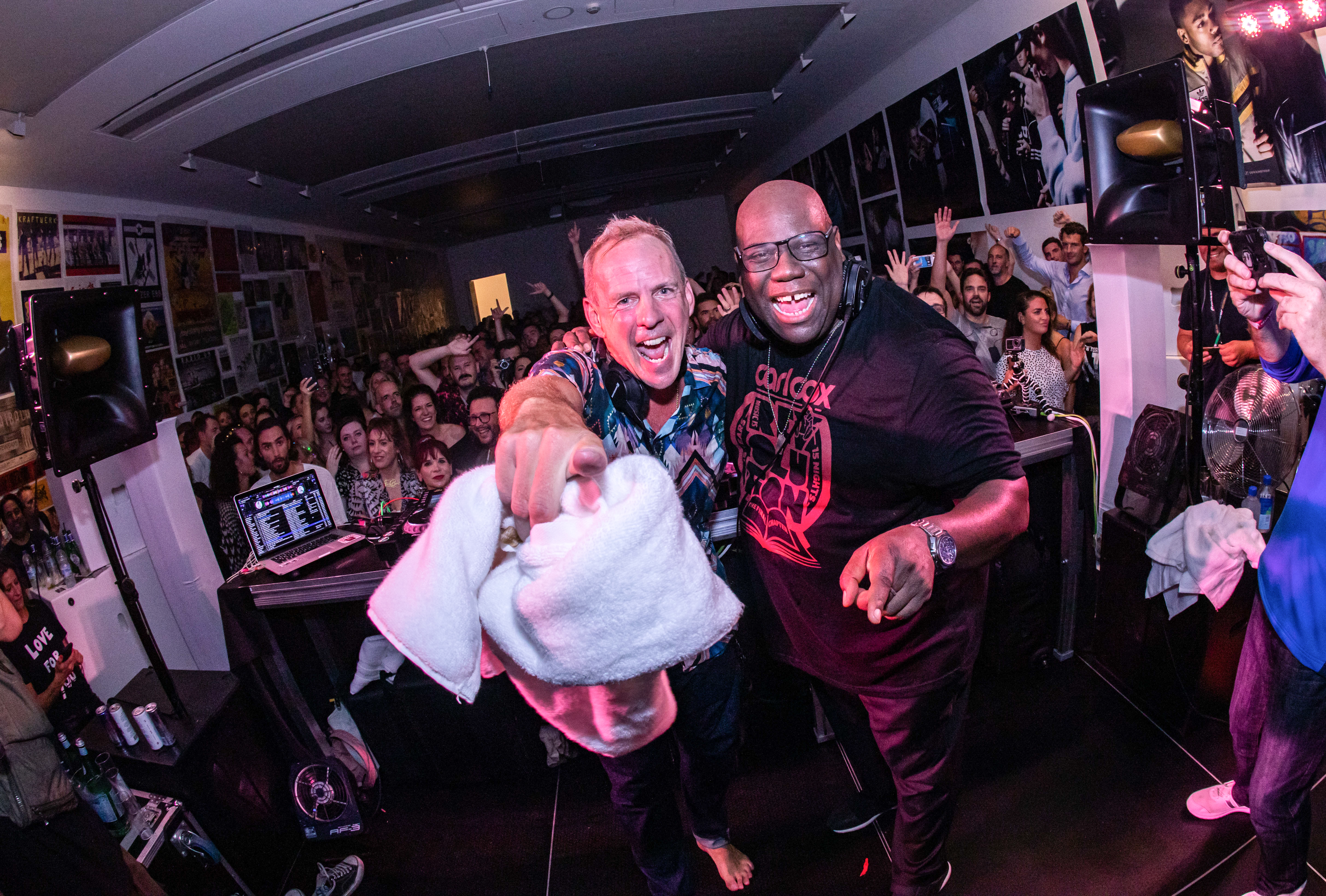 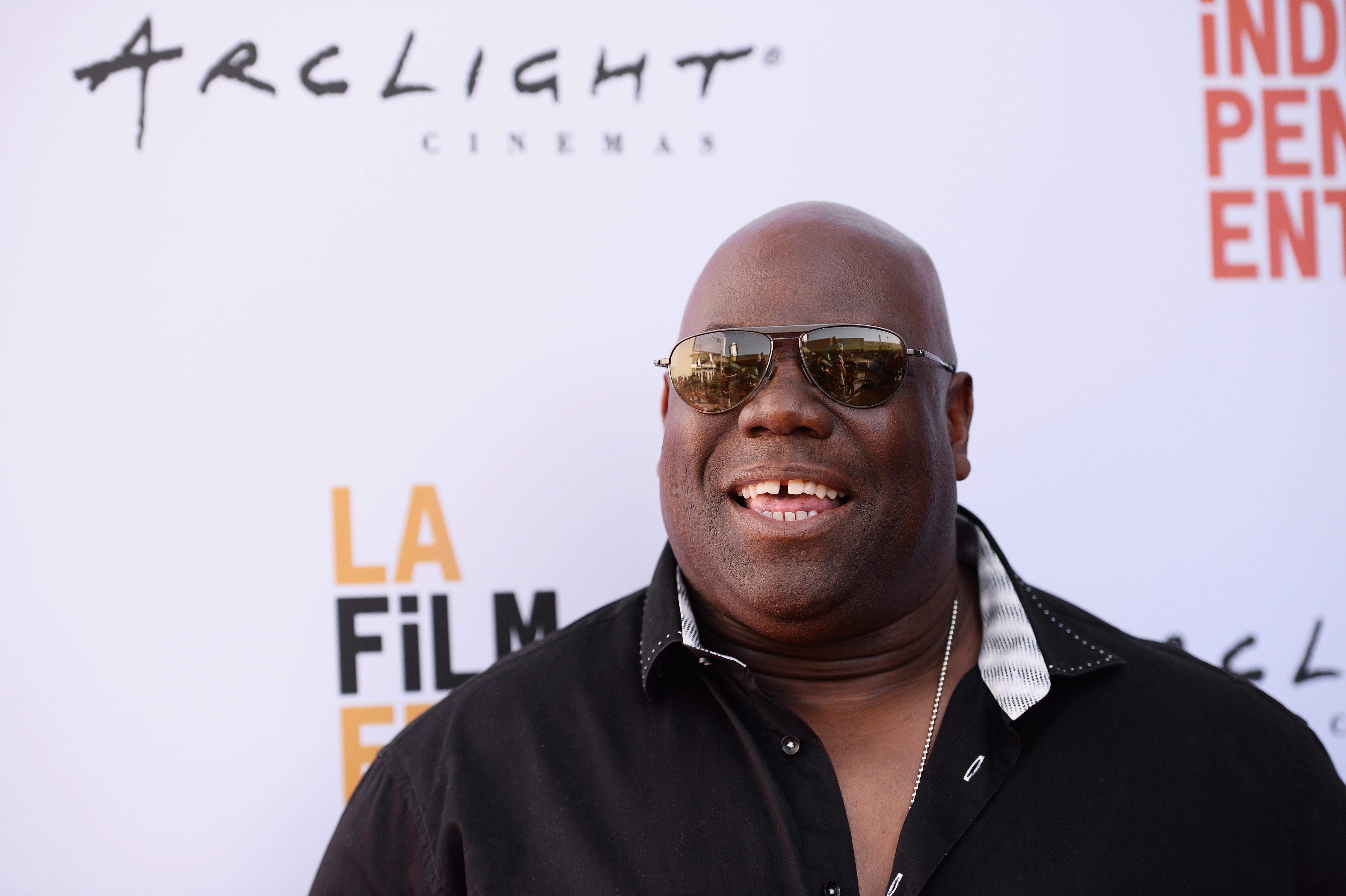 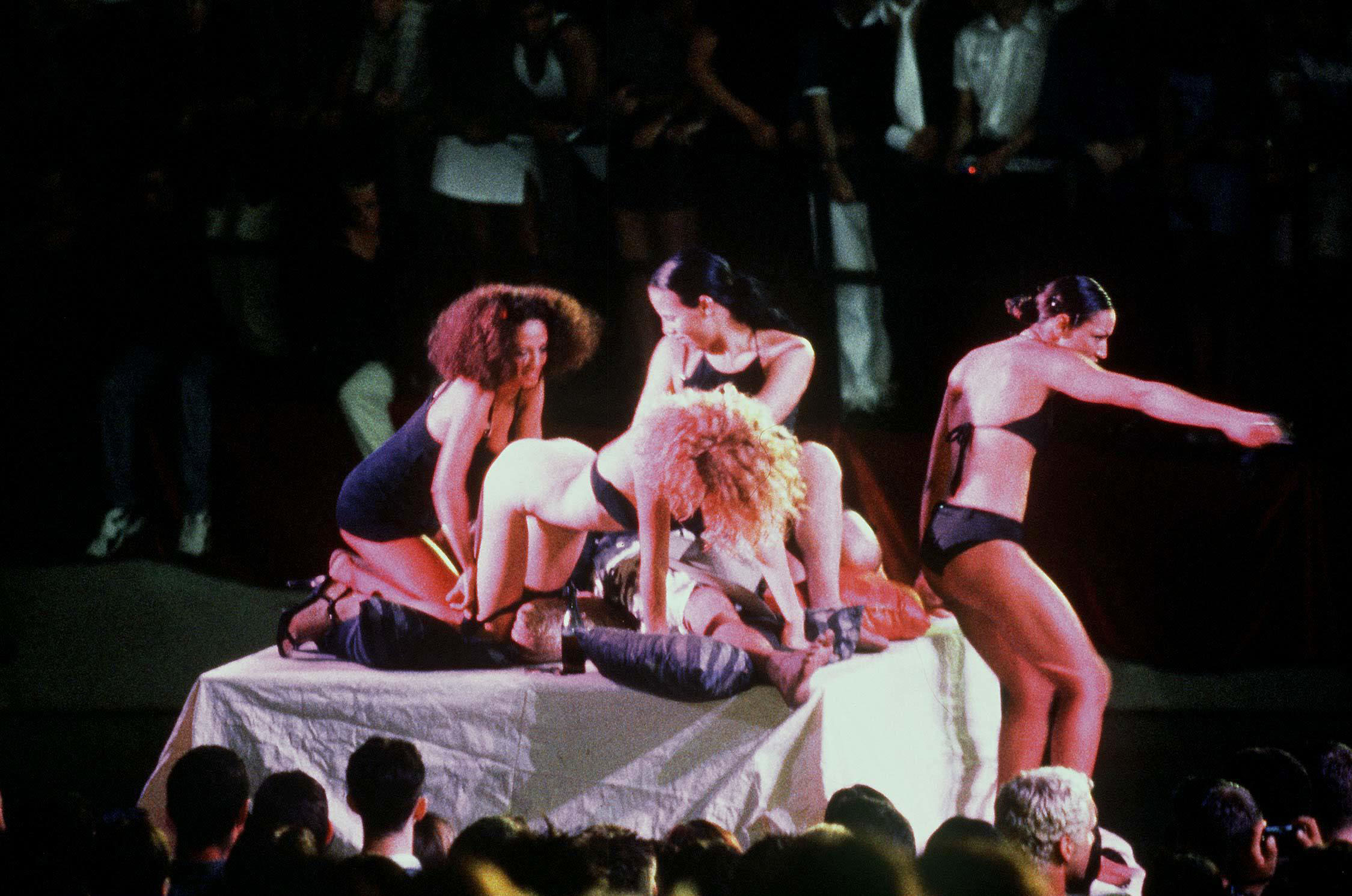