Steph McGovern says she’s out of breath after dancing

Football fever took over in the Steph’s Packed Lunch studio on Tuesday ahead of England’s last 16 clash with Germany in Euro 2020. With the game a must-win for both teams, Steph McGovern and the rest of her guests all threw their support behind the team with kick-off at Wembley just a matter of hours away. However, when the presenter and her guests let loose for a dance to get into the spirit, Steph was left out of breath – and it didn’t go unnoticed by the show’s bosses who were quick to see if she was okay.

As Vindaloo by Fat Les bellowed around the studio, guests Ruby Bhogal, Denise Van Outen and Marcus Brigstocke all showed off their dance moves.

Steph got in on the act as well, punting a giant inflatable football across the studio as the show returned from an ad break.

Welcoming fans back to the show, Steph had to quickly then tell Channel 4 viewers what else was coming up on the day’s show. 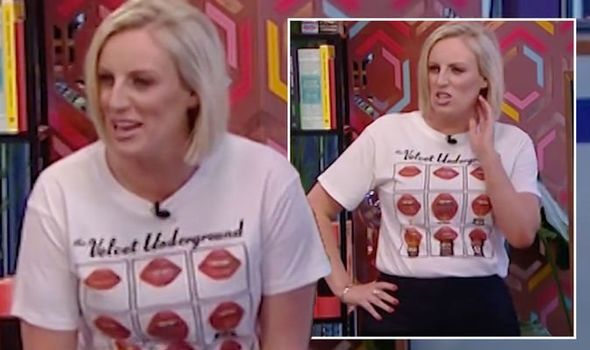 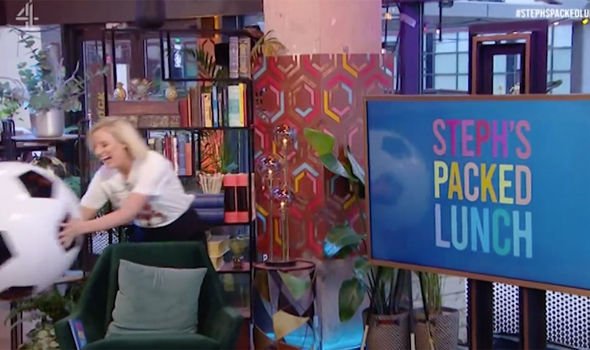 Powering through, Steph continued: “Still to come on today’s show, it’s the game millions of us have been waiting for.

“Later today, England play Germany for a place in the quarter-finals of the Euros.”

The studio let out a cheer as Steph continued: “Our newsreader turned footy correspondent Luke Kempner will be giving us the lowdown.”

Taking a deep breath, Steph tried to keep her composure as she kept the headlines coming. 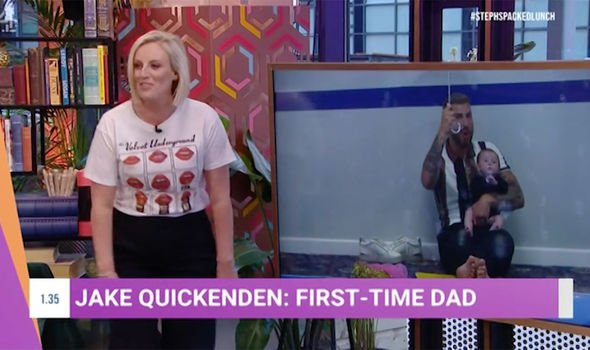 “Also today, I’m meeting a match-fit pensioner who recently celebrated her 80th birthday strapped to top of a plane.

“There she is, she loves wing-walking, abseiling and racing cars,” she added. “I’ll be hearing about the daredevil stunts she says keep her young.”

Taking another deep breath, Steph continued: “Plus, after welcoming baby Leo in February this year,

“Former X Factor star Jake Quickenden will be telling me about life as a first-time dad,” Steph finished before bringing up her breathlessness.

“He’s been to-“ she tried to continue before interrupting herself: “I can’t breathe.”

As she shared a laugh with the audience in the studio, Steph added: “That’s why I’m taking ages to get my words out.”

And she even revealed the producers watching behind the scenes had begun to question what was going on.

“Everyone’s like in my ear: ‘Is she alright?’” Steph joked before moving on with the rest of the show.

Luckily, Steph managed to regain her composure to move on with the rest of the programme.

Of course, the entire segment was in anticipation for England’s Euro 2020 clash with Germany at Wembley on Tuesday evening.

With kick-off penned for 5pm on BBC One, whoever wins will progress to the quarter-finals fo the competition.