The film concerns a young woman who summons an evil witch to get revenge on the men who attacked her. Young will play the mysterious shopkeeper who helps summon the evil spirit.

Ouija Witch is a co-production of Millman Productions, Titan Global Entertainment, Salem House Films and Otsego Media. Robert Michael Ryan is directing from a script by John Doolan, which was based on a story by Ryan and Cuyle Carvin. Ryan, Carvin and Korey Rowe are producing, with Jeff Miller (The Toybox) and Mark L. Lester (director of the original Firestarter) exec producing, and Alysa Blasetti serving as co-producer. Titan Global Entertainment and Millman Productions are handling worldwide sales and distribution. Young is repped by Media Artists Group and Miles Anthony Associates in the UK.

EXCLUSIVE: IndustryWorks Studios announced today that it will present the action-packed feature Bullet Proof to the foreign market at the Cannes Film Festival. Grindstone Entertainment Group, a Lionsgate company, will distribute the film in the U.S. and Canada this summer.

In James C. Clayton’s directorial debut, a thief (Clayton) who only looks out for number one pulls off the robbery of a lifetime when he robs the psychotic drug lord Temple (Vinnie Jones). The plan goes off without a hitch until the thief discovers a stowaway in his getaway car: Temple’s wife, Mia (Lina Lecompte). With Temple and his top hitman, the deadly and mysterious hitman The Frenchman (Janvier Katabarwa), in hot pursuit, and torn between making a quick getaway or taking a risky detour to help Mia escape her husband’s abusive grasp, the thief finds the only way to get out alive is to drive.

EXCLUSIVE: Verloren Productions has launched development on Macho!, a new feature drama based on the book by Victor Villaseñor, which it acquired rights to last year.

The coming-of-age tale published in 2012 takes place across Mexico and U.S. during the 1960s. It centers on Roberto Garcia, who at age 17, already has big dreams of making his fortune, building a family, and gaining the respect of his community. With ambition to burn and a passion to prove his manhood, Roberto takes the dangerous journey north, crossing the Mexican border to pick fruit in the “golden fields” of California. It is said that a good man can make more money there in a week than in an entire year in the mountains of Michoacán, his home. With dreams that overshadow harsh realities, Roberto is unprepared for the jammed boxcars and bolted trucks that carry undervalued migrant workers through the searing desert to long days of harsh labor. The film will examine the brutality of migrant labor, as well as Cesar Chavez’s efforts to unionize workers, offering vivid portrayal of the immigrant experience through the eyes of a brave young man who bids goodbye to everything he knows to follow his dreams.

Verloren Productions Founder Walter Perez adapted the screenplay and is currently in search of financiers for the project, alongside producing partners Ralph Esparza, Melanie Tirado and Soren Odom. Mayans M.C. actor Antonio Jaramillo is attached to portray one of the film’s main characters. The late singer Selena’s brother, award-winning music producer A.B. Quintanilla, will crafts its original music and potentially make his acting debut in the film, as well. Quintanilla’s manager, Jaime Peralta, will produce alongside Perez, Esparza, Tirado and Odom.

EXCLUSIVE: Vertical Entertainment has acquired North American and UK/IRE rights to Kevin Rhoades and Bobby Francavillo’s horror film, The Overnight, as well as North American rights to Joe Hall’s drama, The Road to Galena. The distributor plans to release the former title day-and-date on June 3rd. It will unveil the latter across platforms on July 8th.

The Overnight follows a romantic weekend for a young couple that soon gets sidetracked, as the two find themselves at an outdated hotel—caught up in murderous death-loops, and lured as bait for a demon lurking in the building’s underbelly. Zebedee Row (Vinyl), Rajeev Varma (Impossible Monsters), Mathilde Dehaye (Servant), James Lorinz (Frankenhooker), Brittany Clark (Indiscretion) and Justin L. Wilson (Pose) star. Mel Hagopian penned the screenplay, which was based on his and Richard Harlost’s story. Francavillo produced under his Rock Road Media Films banner, with Mitchell Crain serving as executive producer.

The Road to Galena tells the story of power lawyer Cole Baird (Ben Winchell), who has all the trappings of success. But behind the façade, he’s crippled by a career he never wanted and a dream left behind. He now has a choice to make: continue a life of emptiness, or follow the path to happiness back to his small, rural hometown. Aimee Teegarden (Friday Night Lights), Will Brittain (Kong: Skull Island), Alisa Allapach (Safer at Home), Jay O. Sanders (Blindspot), Jill Hennessy (City on a Hill), Margaret Colin (Chicago Med) and Jennifer Holliday (Dreamgirls) round out the cast of the film, which Hall directed from his script. Hall, Eric Bannat and Andrew Woodin produced, with Robert Cinquegrana and Erich Schwartz exec producing. 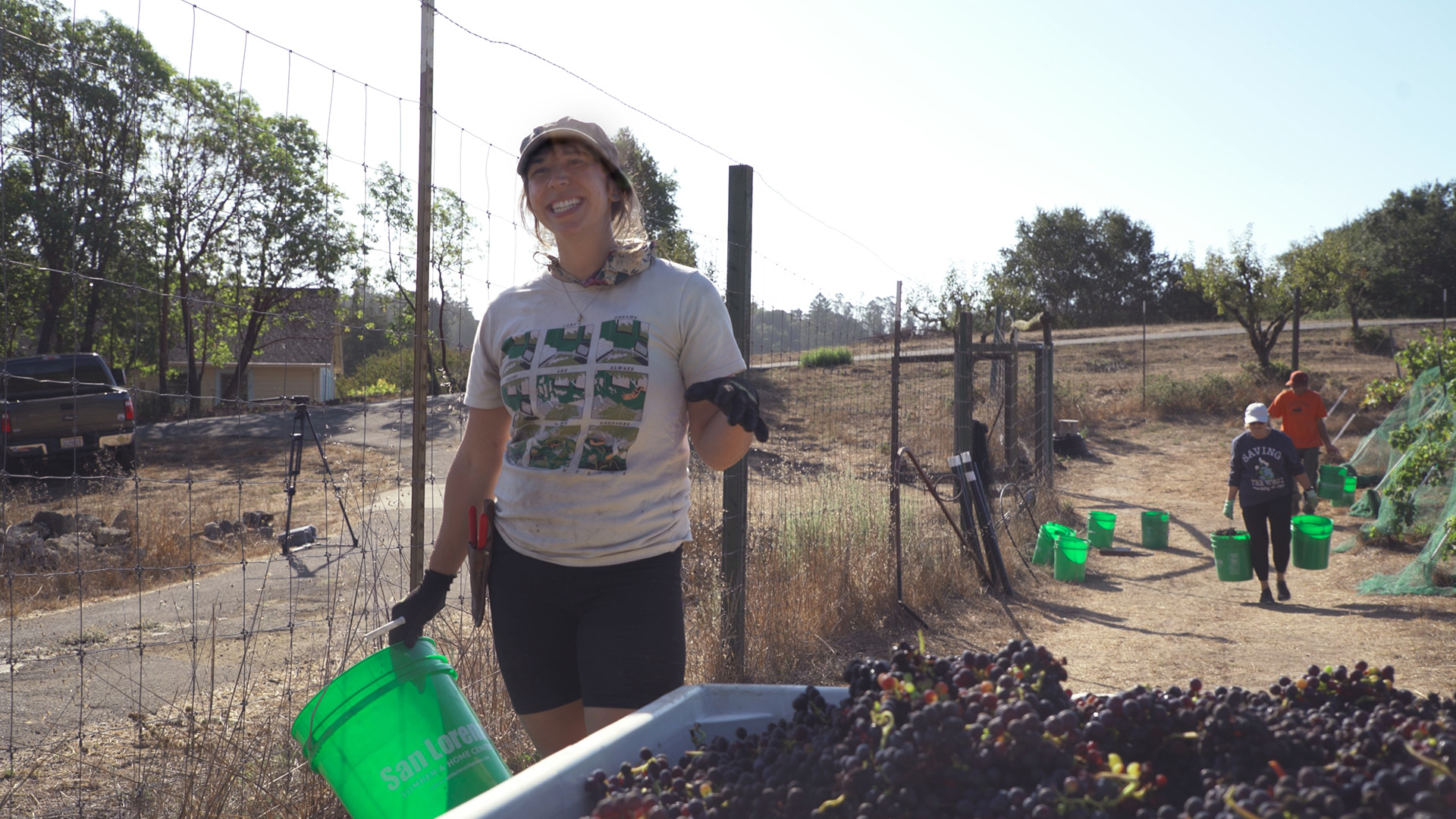 Pic follows the journeys of natural winemakers in Northern California during the largest wildfire season on record. Equal parts farmer, winemaker and artist, they stay true to their ideals of creating exceptional wines made through innovative, sustainable and regenerative farming, without the use of chemical additives. Eschewing the industrial agricultural practices of the corporate wine industry, our winemakers are healing the very environment they are surviving—i.e., a changing climate marked by rising temperatures, shorter growing seasons, and more frequent and virulent wildfires.

EXCLUSIVE: Well Go USA Entertainment has acquired North American rights to Maika, The Girl From Another Galaxy, which is Vietnam’s first children’s sci-fi feature and the country’s second-ever entry to the sci-fi genre. The film from writer-director Ham Tran premiered within the Kids section of the 2022 Sundance Film Festival, and will hit theaters on June 3rd—one week after its May 27 home territory release. 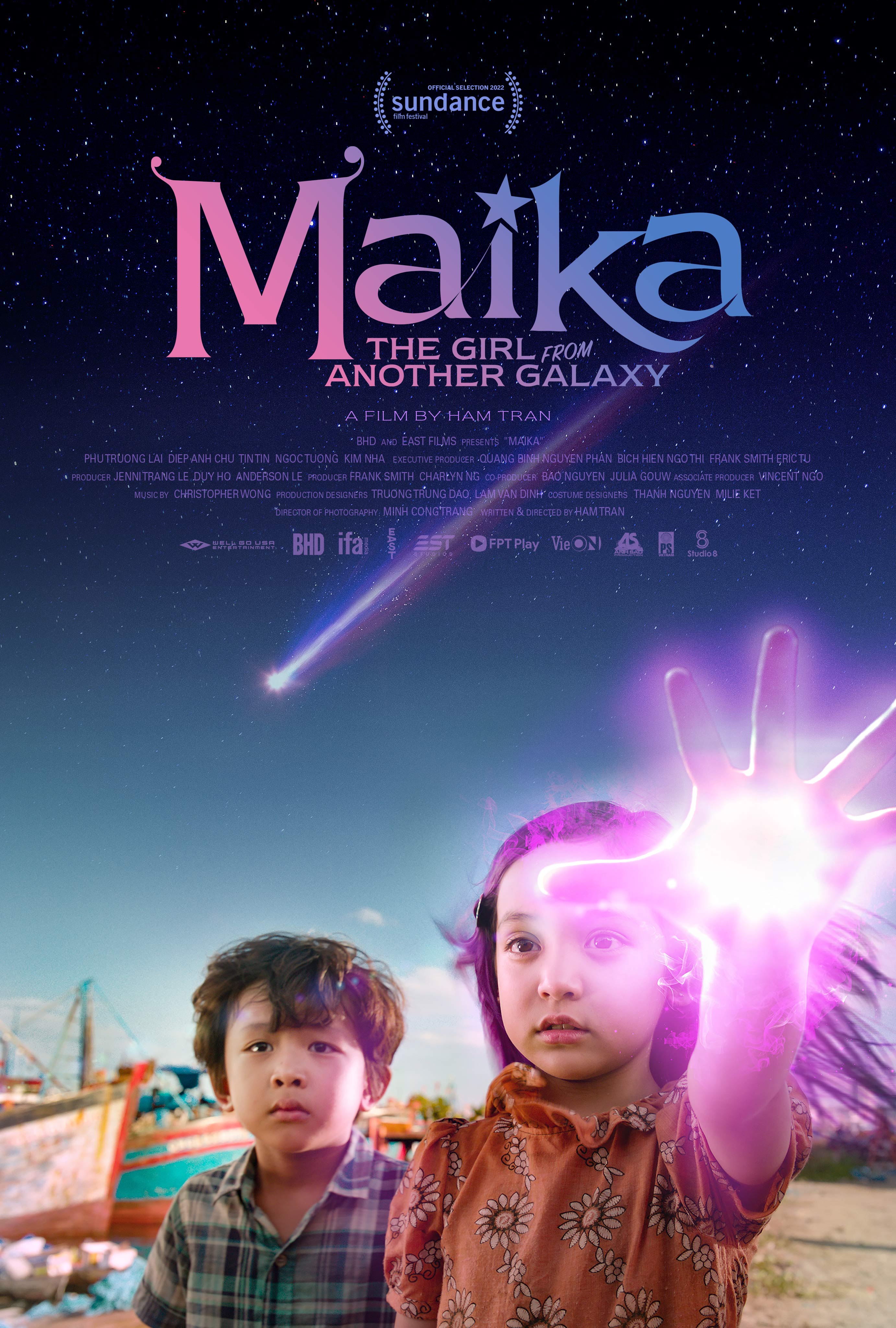 Maika is based on a beloved 1970s Czechoslovakian television series that became a cultural sensation in Vietnam throughout the 1980s and ’90s. It centers on a young boy who has lost his mother to illness and his best friend to an unexpected move, watching as he discovers a crashed spaceship and makes a new friend with awesome powers. 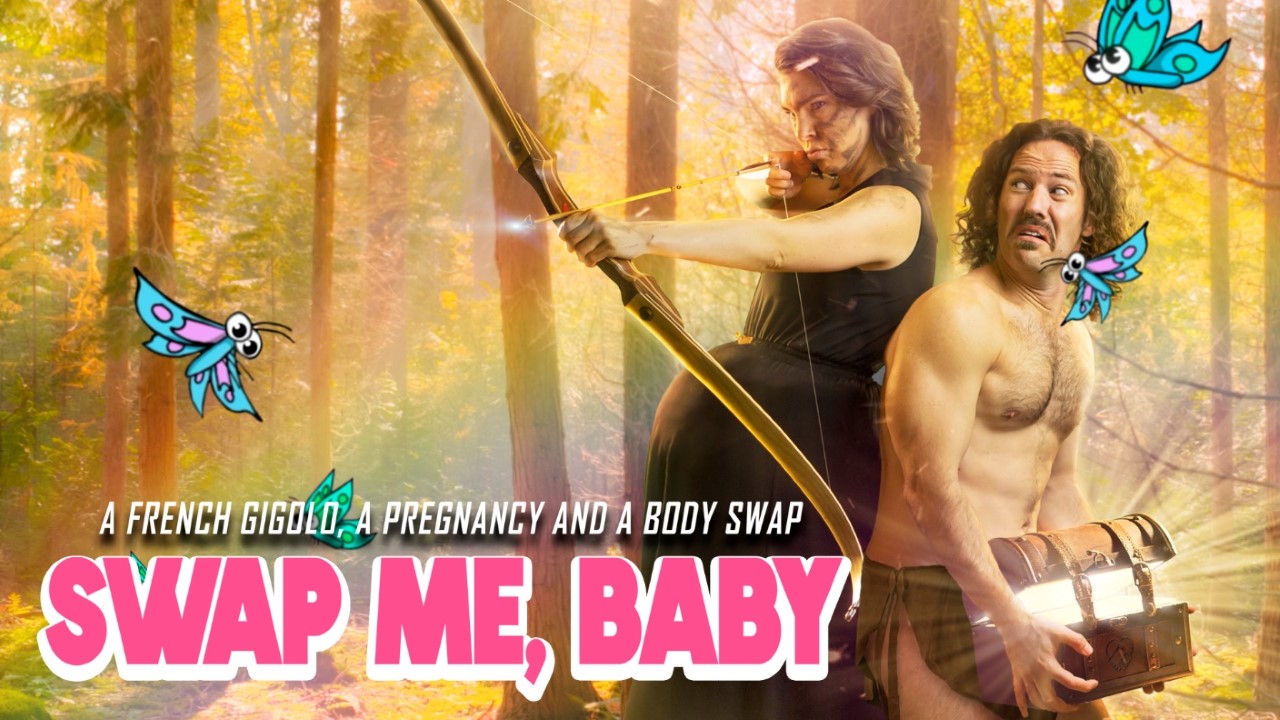 The film directed by Caden Butera tells the story of Lily (Leemans), an uptight businesswoman who hires Philippe (Hentschel), a larger-than-life, French mushroom-tripping gigolo, for one night. When they later find out she’s pregnant, the couple’s therapist sends them on a nature getaway to a remote cabin. But this little weekend trip turns into a hilarious adventure when Philippe stumbles on a magic box that swaps their bodies. Lily and Philippe are then forced to tackle riddle after riddle not only to get their own bodies back, but also to get a better understanding of their better half and what they each have to offer as parents.

Maria Hunt produced the pic written by Jesse Luman, with Charlie Thiel and Hentschel serving as executive producers. The deal to acquire the film was negotiated by Hentschel and Gato Scatena of Scatena & Rosner Films. 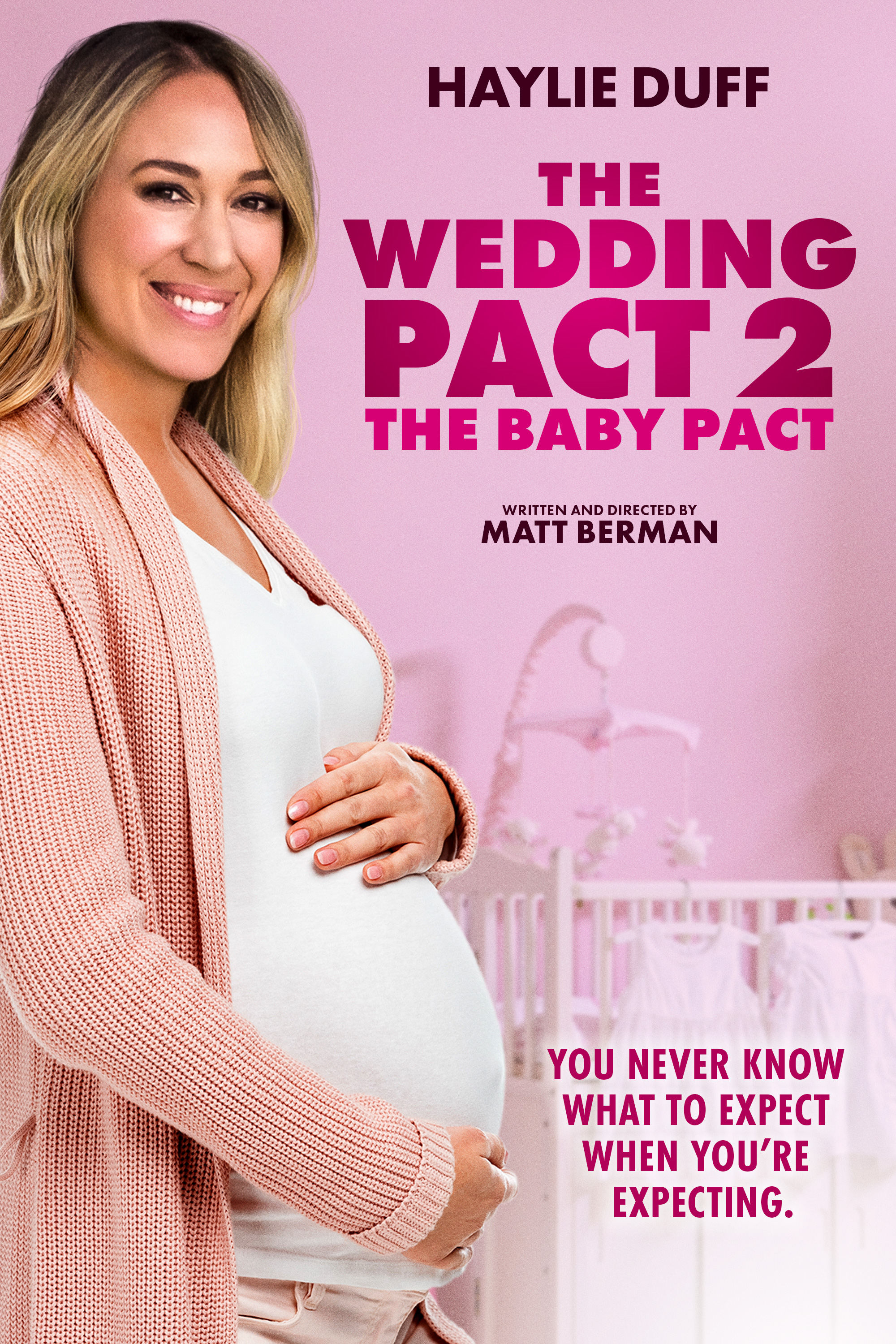 The original film centered on Mitch (Chris Soldevilla) and Elizabeth (Haylie Duff), who made a pact that if in 10 years neither was married, they would marry each other. The sequel picks up three years after Mitch and Elizabeth got married, and finds that much has changed—given that Mitch unexpectedly passed away just one month after celebrating Elizabeth’s pregnancy. Heather McComb, Quinton Aaron, Chase Masterson, Gail O’Grady, Connor Trinneer, Kelley Perine, Kevin Farley, Murphy Puppet and Richard Riehle also star.

Matt Berman (Manipulated) returned to write and direct the sequel, which is a Fantasy Forge Films Production. Damian C. King, Jack Serino and Susan Duff produced, with Michael Gouloff serving as exec producer. Check out the new film’s trailer below.

EXCLUSIVE: Filmmaker Alejandro Montoya Marin (of Robert Rodriguez’s series Rebel Without a Crew) will be bringing his new short The Wrong Guy to Dances With Films, as an official selection of the festival. The dark comedy will screen at the TCL Chinese Theater June 15th at 5:00 p.m. 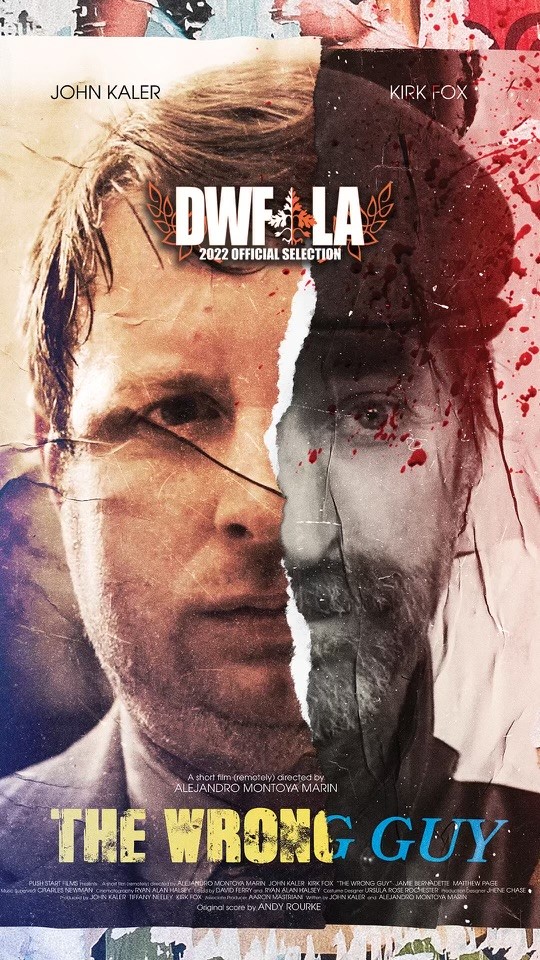 The Wrong Guy tells the story of Daniel (John Kaler)—an assistant bank manager in a small Texas town who appears to be a contentedly married father of two. Behind literal closed doors, however, he deals with the stresses and boredom of his average life by indulging in delusions of vigilante justice. Employing mediocre workouts and harmful diets, he believes he’s a hero as he enacts revenge on those who’ve crossed him, by way of petty vandalism. But his actions have new consequences when he is caught “dealing out justice” to the property of a desperate and corrupt government agent, who will extort Daniel for all he’s worth.

EXCLUSIVE: Also heading to Dances With Films is director Jonathan Salemi‘s feature The Last Deal, which will make its West Coast premiere at the festival on June 10th at 5:00 PM, at the TCL Chinese Theater in Hollywood.

The crime drama is about a struggling black market cannabis dealer that makes one last deal before getting squeezed out of the business because of marijuana legalization. Salemi also wrote the film, which stars Anthony Molinari (Barry), Sala Baker (The Mandalorian), Jeffri Lauren, Mister Fitzgerald, Mike Ferguson and Gigi Gustin, and produced under his L.A.N.E. 38 banner. Bohemia Group Originals also produced, along with Carl Ciarfalio, Danny Simeone, Tracy Martin and Aaron David Roberts.

The Last Deal recently sold out at the Boston Film Festival, there winning Salemi the prize for Best Director.

Platinum-selling musician Tom DeLonge (Blink-182, Angels & Airwaves) this week unveiled the first trailer for his feature directorial debut, Monsters of California, which is billed as a coming-of-age adventure with a sci-fi twist. 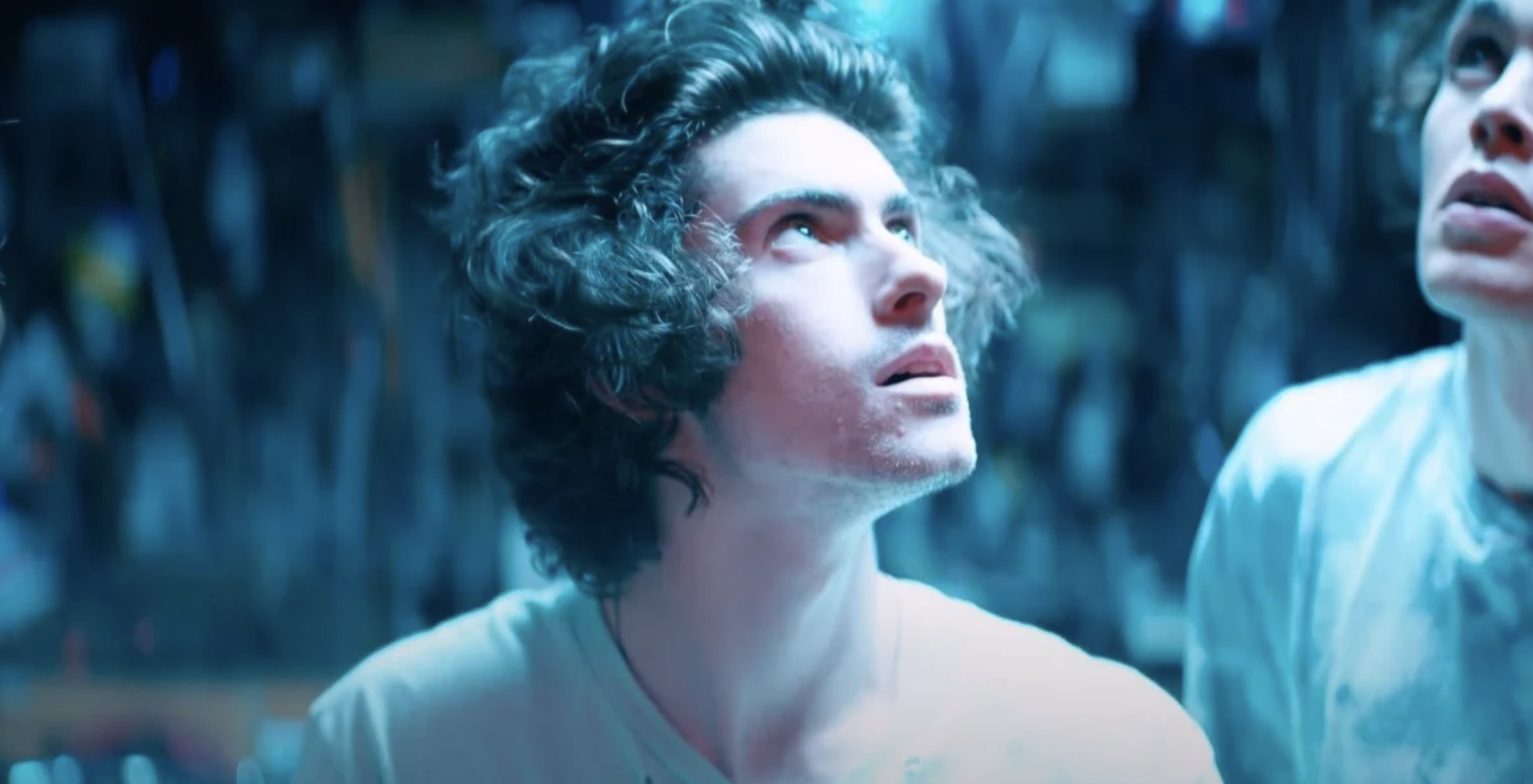 The film follows teenager Dallas Edwards (Jack Samson) and his misfit friends as they attempt to unearth answers to a series of mysterious, paranormal events happening around Southern California. As they peel back the layers on this onion of the unexplainable, they unravel the extraordinary secrets held within the deepest levels of the Government.

DeLonge and Ian Miller wrote the pic, which also stars Richard Kind, Casper Van Dien, Arianne Zucker, Camille Kostek, Gabrielle Haugh, Jack Samson, Jared Scott and Jack Lancaster. DeLonge’s To The Stars Media produced alongside Stan Spry and Eric Woods of Cartel Pictures (Creepshow). Anthony Fankhauser co-produced for The Cartel, with Russell Binder for Striker Entertainment, in association with To The Stars Media, a division of To The Stars Inc. DeLonge also wrote and performed original music for the film. Its trailer can be found below.