Ghostface is back just 10 years after the last rampage. The first trailer for ‘Scream 5’ featured the returns of Sidney, Gale, and Dewey, who are back in Woodsboro with a new class of victims.

The trailer for Scream begins just like the original begins. The new Ghostface attacks Jenna Ortega while she’s home alone. Dewey calls Sidney to let her know there’s another killer. “It’s happening. Three attacks so far,” Dewey says. “Something about this one just feels different.”

Sidney meets up with Samantha, played by Melissa Barrera. Sam seems to be the one Ghostface is targeting. Sidney knows a thing or two about that. The recent attacks were all on people related to the original killers: Billy Loomis and Stu Macher. 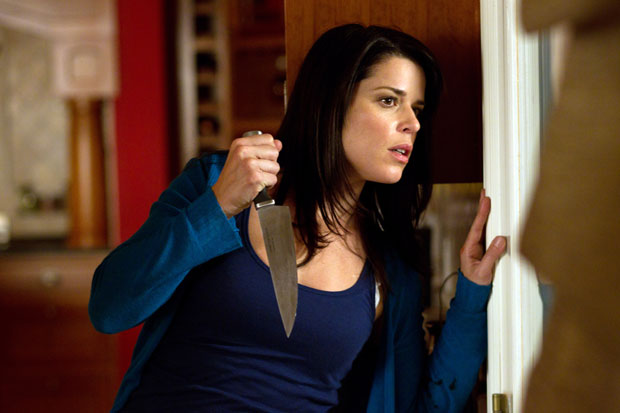 “Whatever his link is to our past, it’s pulled us all back here,” Sidney says. “And I won’t sleep until he’s in the ground.” Sidney goes back to the place where it all started: Stu’s house.

The official poster for the movie dropped on October 10 and featured Ghostface front and center. “It’s always someone you know,” the tagline read.

Even though fans refer to the movie as Scream 5, the official title for the film is Scream. “This is the fifth one. It’s not Scream 5, though. This is Scream,” Courteney said on The Drew Barrymore Show in May 2021. “These directors are incredible. They’re making it absolutely, it’s a new franchise. It’s hip, it’s scary, it’s just a new Scream. It’s not a reboot, it’s not a remake, it’s just a brand-new launch. I think it’s going to be fantastic.”

When Kevin Williamson — who wrote Scream, Scream 2, Scream 4, and now the fifth Scream — announced the film’s title in November 2020, he noted that the fifth Scream film will be a “relaunch of the franchise.” What this means for the OGs… time will tell. Scream will hit theaters on January 14, 2022.