Considering Jack Black’s less-than-family-friendly work as one-half of Tenacious D, even his fans wouldn’t expect him to be so popular with children. Yet, the actor’s 2003 hit School of Rock proved just how adept he is at appealing to kids both on screen and off. Now fans of that popular movie are freaking out after realizing two of its young stars are officially a couple. 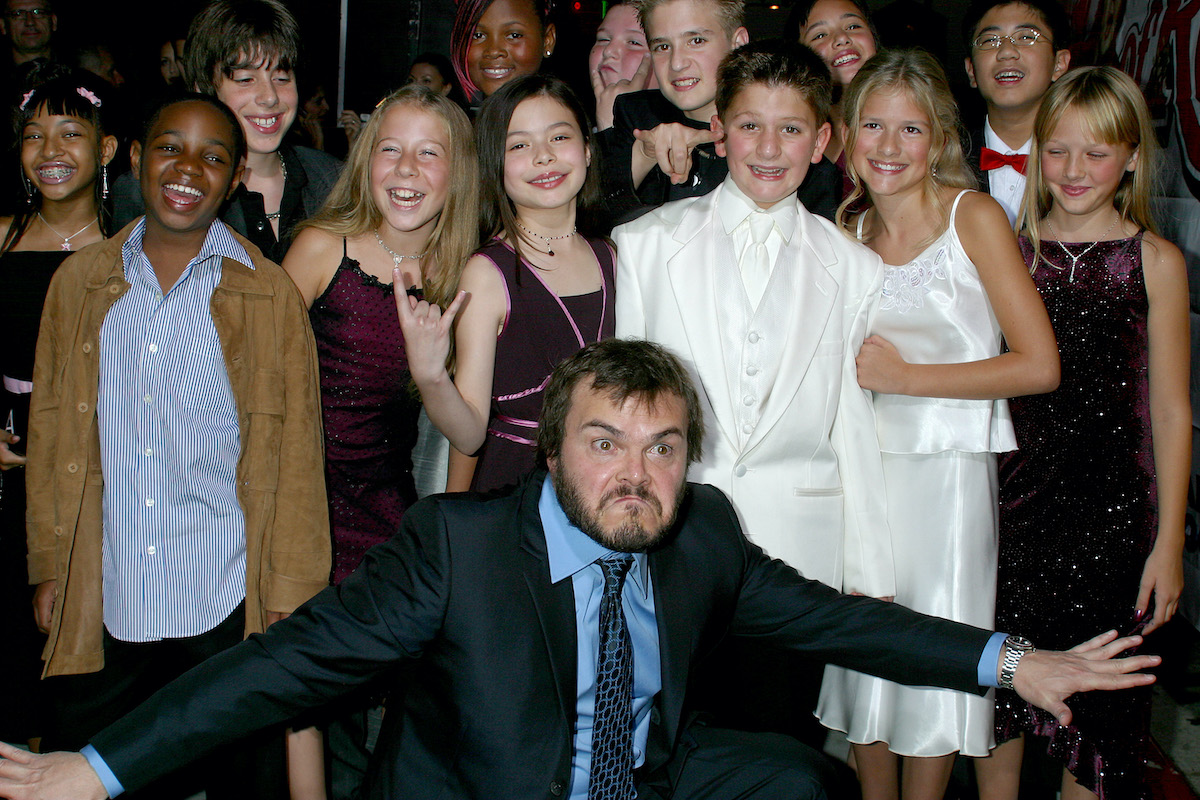 Released Oct. 3, 2003, School of Rock was something of a surprise hit. Black had been in many movies beforehand but — with the exception of Shallow Hal — rarely in a lead role. Yet, his turn as Dewey Finn tapped into the same manic, musical energy Black brought to 2000’s High Fidelity. And both critics and audiences responded with rave reviews and $131 million worldwide, according to Box Office Mojo.

Although Black did earn a Golden Globe nomination, School of Rock isn’t just a one-man show. Much like he did with Dazed and Confused a decade earlier, director Richard Linklater brings a fountain of fresh talent to the screen. As Black’s character poses as a substitute teacher, he bonds with and inspires his students — including a young Miranda Cosgrove — to develop their own love of music.

An appreciation for music isn’t the only love to come out of School of Rock, it seems. In fact, fans only recently discovered that co-stars Caitlin Hale and Angelo Massagli are dating in real life. In the film, Hale plays Marta, a vocalist for the band, while Massagli plays Frankie, who’s on security detail.

Thanks to a April 2021 photo on Massagli’s Instagram, fans discovered his relationship with Hale. And even though the couple’s social media indicates they’ve been together since 2018, the news only went viral recently. The young cast of School of Rock did reunite that year. So perhaps that meeting led to the beginning of Hale and Massagli’s relationship.

Neither actor has been very active in the past decade. In fact, they’ve both seemingly moved on from Hollywood. According to their Instagram profiles, Massagli received a law degree from the University of Miami in 2019. And Hale is currently a “OB-GYN ultrasound technologist.”

Hale and Massagli’s relationship was an unintended product of School of Rock‘s success. But it’s one fans of the movie are loving. After all, the film itself is about finding and pursuing your passion. How sweet it is that these two crossed paths as children and reconnected over their shared history.

As for Black, School of Rock — which remains his most critically acclaimed release to date, according to Rotten Tomatoes — has become much more of a kid-friendly star since. In fact, his biggest hits include the Kung Fu Panda trilogy and the two recent Jumanji films.