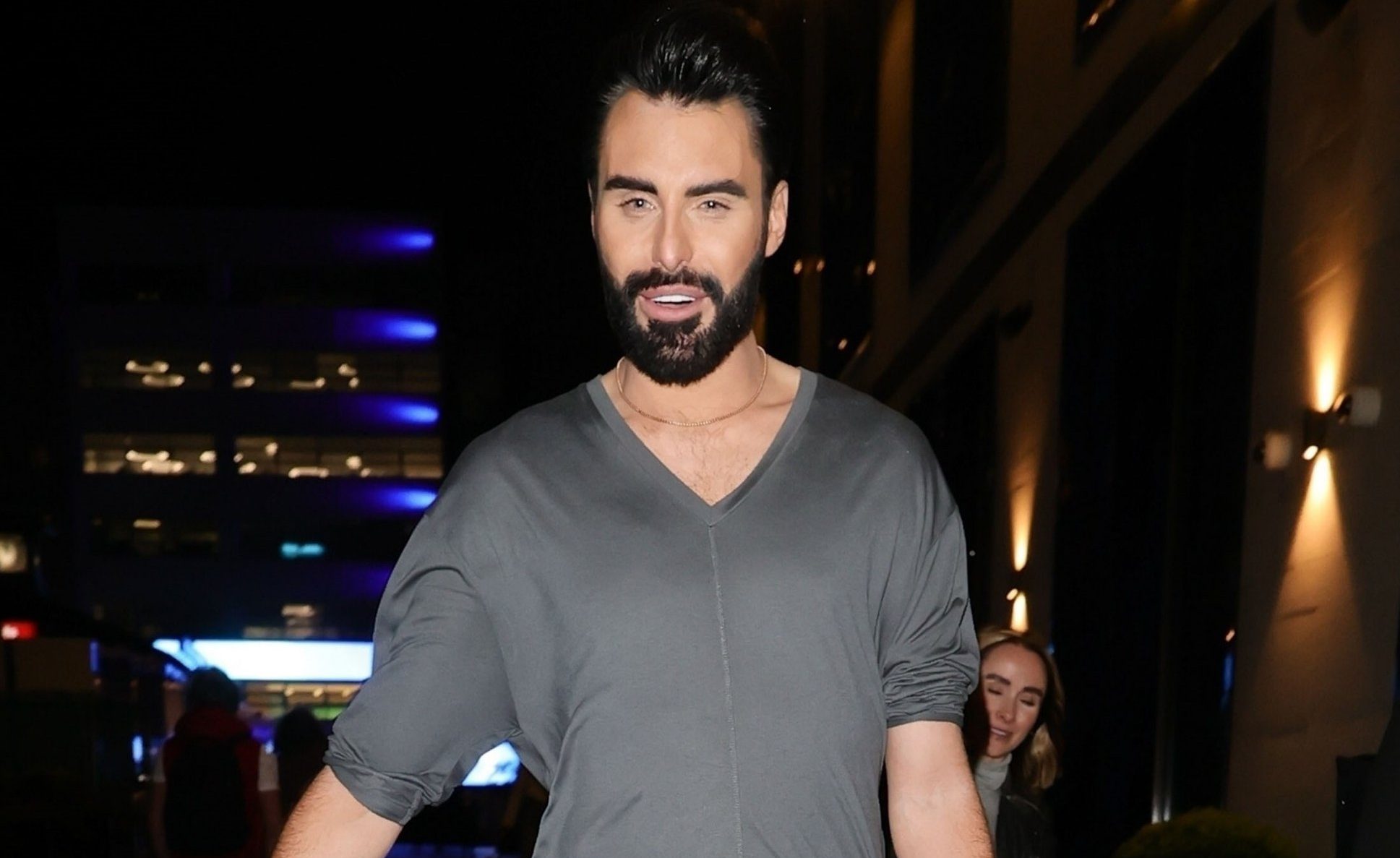 Rylan Clark has developed a ‘tradition’ of taking out UK Eurovision acts on a big night out in the days leading up to the contest and will be doing the same with 2022 hopeful Sam Ryder.

The TV host is heavily involved with the BBC’s Eurovision coverage and will be commentating on the semi-finals next week alongside Radio 1 DJ Scott Mills.

He took over from Mel Giedroyc back in 2018, and officially ‘turned on Eurovision’ on Radio 2 last weekend.

So it’s no surprise Rylan loves spending time with the contestants before the huge live music event takes place.

The 33-year-old always takes British act on a night out as a ‘tradition’ a couple of days before they take to the stage.

However, it’s left him in trouble with the head of the UK delegation in the past, who’s told him off in the past.

He shared: ‘It is tradition that I always take the British act out, normally on the Wednesday or the Thursday, and then the head of the delegation always has a go at me because I take them out.

‘But I will make sure Sam is all right by Saturday night,’ he promised.

Can we come, please?

Sam, who has more than 12 million followers on TikTok, will be hoping to impress with his song Spaceman.

Ahead of the contest, the singer enthused: ‘Having been a fan of Eurovision since I was a kid l I am so honoured to have been presented with the opportunity to sing at an event alongside some of Europe’s most talented creatives, performers and songwriters.

‘I hope to sing my head off in a way the UK can be proud of and to showcase a song I wrote with my friends last summer makes the whole experience even more special. See you in Turin legends!’

Rylan has high hopes for Sam and added to The Sun: ‘I know full well we will be on the left-hand side of the leaderboard this year. How high up, I don’t know, but I’ve every faith in Sam.’

Casual watchers of Eurovision may be surprised to hear Sam is actually one of the favourites to take the trophy this year.

After a disastrous 2021 – in which the UK finished with the famous nil points – Sam has already teased what sounds like an absolutely stellar performance next weekend.

In a clip from his first rehearsal in Turin, Sam could be seen wearing a skydiver jumpsuit and trainers.

It’s thought the prop on stage, formed of three metal wings, is the largest prop of the contest so far, while Sam is on a circular plinth at centre stage.

It was revealed last month that Strictly Come Dancing finalist AJ Odudu had been selected to announce the nation’s scores to the rest of Eurovision.

A tweet from the official Eurovision Song Contest account confirmed: ‘Ciao Italia, this is SALFORD calling! AJ Odudu will be the first Eurovision spokesperson to present the UK jury’s douze points from the North West.’

The Eurovision Song Contest Grand Finale airs on Saturday, May 14.