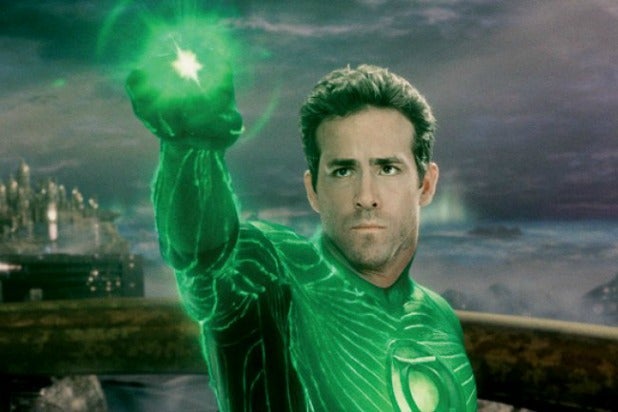 Well, technically only part of that changed, as Reynolds still tore the movie to shreds, but at least now he’s seen it. Reynolds announced his decision to watch the film on Wednesday morning, tweeting that he’d be doing so as a build-up to the Snyder Cut of “Justice League.” Reynolds had to debunk rumors of a surprise appearance by him in the film earlier this month, but has maintained his excitement to see it.

The actor was significantly less excited to watch “Green Lantern.” Reynolds tweeted that he’d only be doing so “with the aid of a good amount of Aviation Gin,” made by the liquor company he owns. He then added a recipe for “Lantern’s Light,” a drink specifically created for the film.

Reynolds has famously criticized the 2011 movie alongside fans, even going so far as to include a scene in the end credits of “Deadpool 2” showing Deadpool jumping back in time to murder Reynolds as he read the “Green Lantern” script.

But, according to his tweets, actually watching it genuinely was a totally fresh experience, as he never even read the scenes that he wasn’t in. All he knew of the story were the moments he was directly involved in.

In watching those scenes, Reynolds seemed to discover that the cast of the film was actually pretty strong, joking about his now-wife Blake Lively being a surprise appearance to praising both Angela Bassett and “Grammy winner and international ambassador of joy” Taika Waititi.

Reynolds even posted a picture of a scene between him and Lively, joking that it actually foreshadowed their dynamic as parents.

In true Reynolds fashion, most of his tweets poked fun at the movie, but he did admit that he’s at least proud of his performance in reciting the Green Lantern’s oath.

Reynolds also reveal that he still has the Green Lantern ring. He wore it semi-proudly as he downed his drink while solemnly watching to the end.