The superstar singer, unveiled as the new face of Weight Watchers, shot his first advert for the firm. 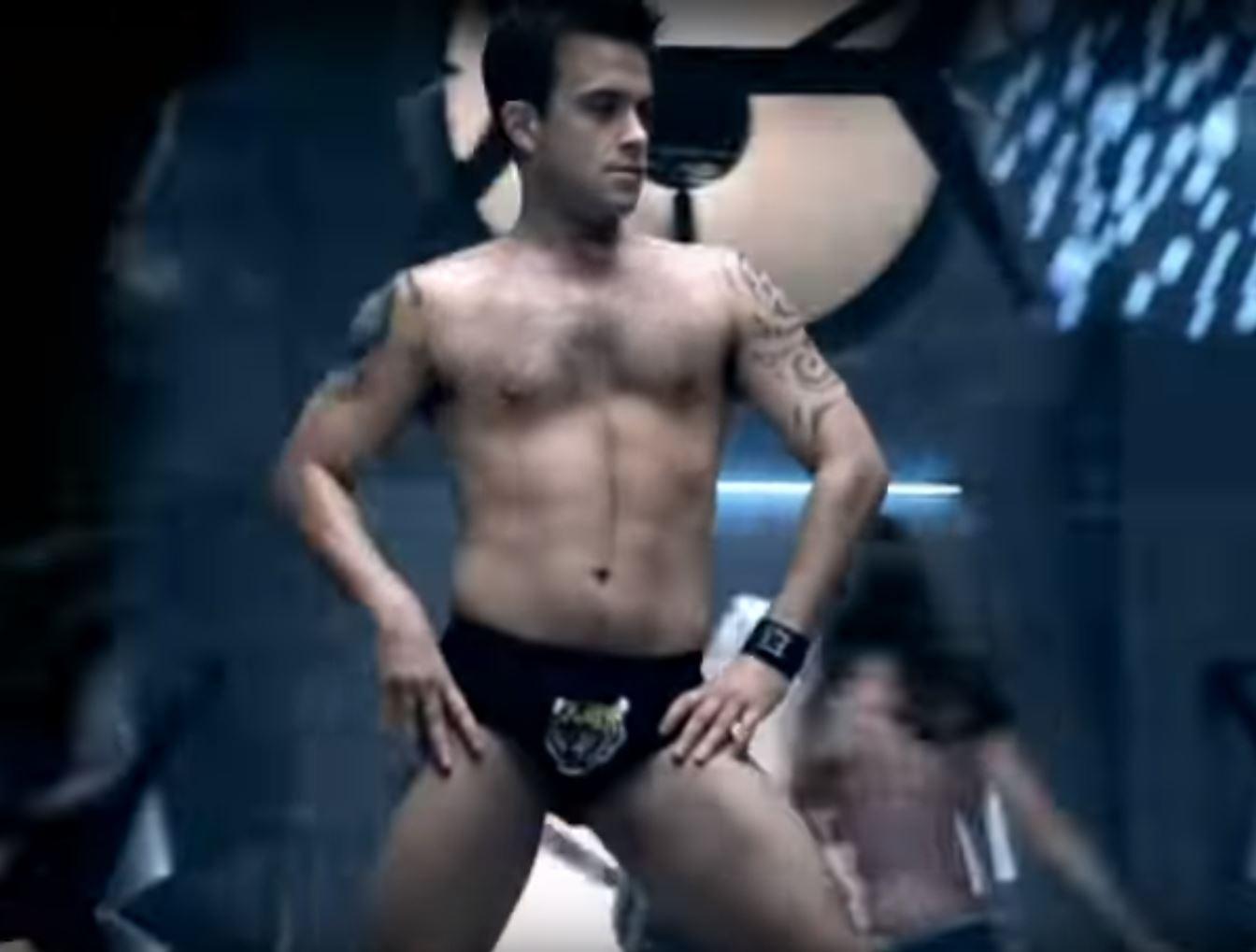 And as part of the promo he was joined by three more fellow Robbie Williams — and even a Roberta.

I’m told the ad, which the weight-loss firm is calling “Every Robbie”, saw him calling up his namesakes from all over the country and getting them together in one place.

He then tells them: “Thank you all for coming, guys. We’re all here today to take health back together.

“To show it is not all about 4am work outs in the dark, eating wheatgrass flakes through a straw, or running ultra-marathons wrapped in cling film. Or even my own preferred sport, boxing.” 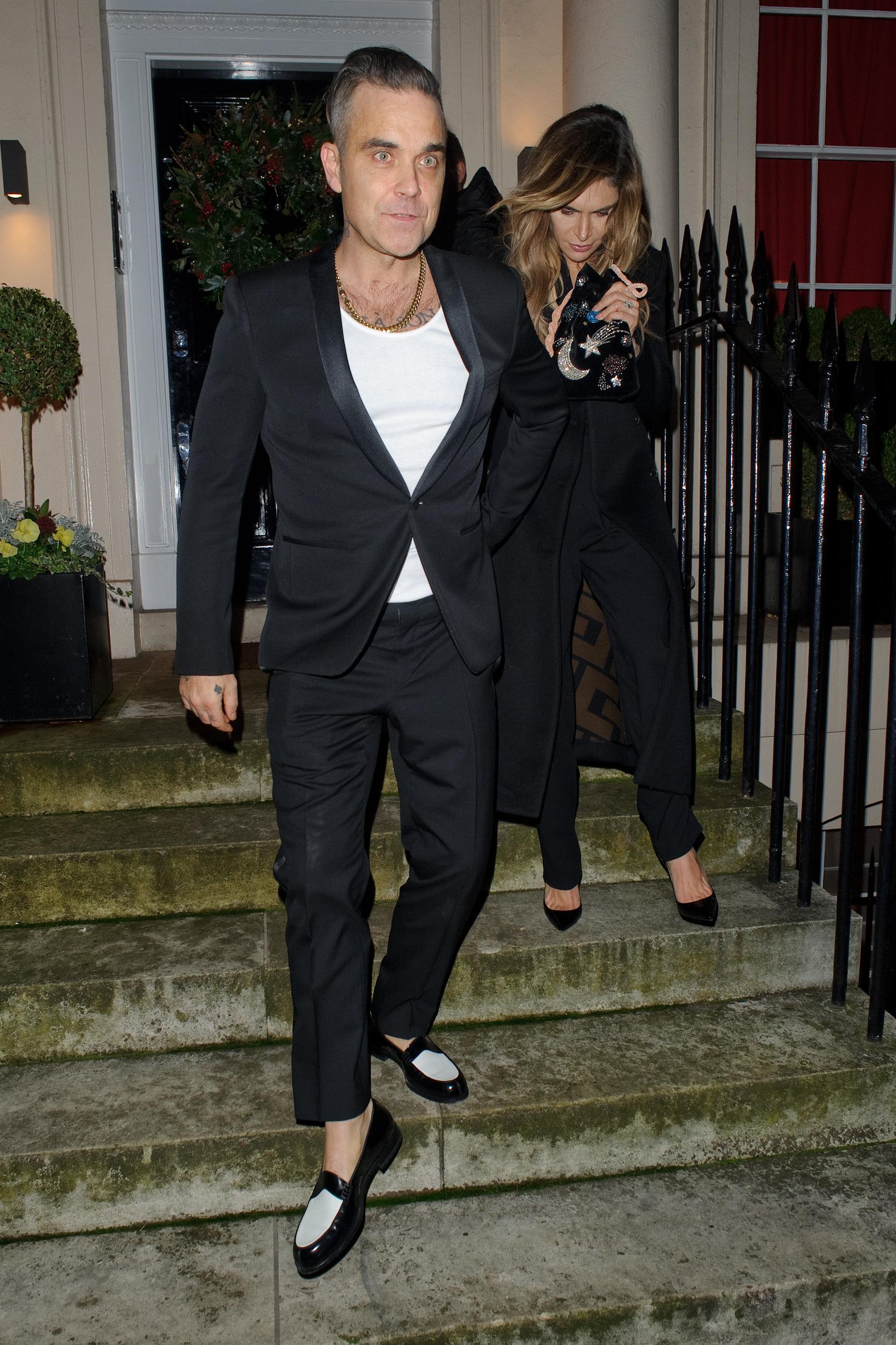 After throwing a few right hooks, Robbie then adds: “It is about how you feel.”

The ad, shot in East Grinstead, West Sussex, will then see Robbie and a coach try to teach them to dance to Rock DJ, his 2000 music vid, which they fail miserably at.

But in the next frame they are then seen wearing tracksuits monogrammed with their RW initials, and nail it. 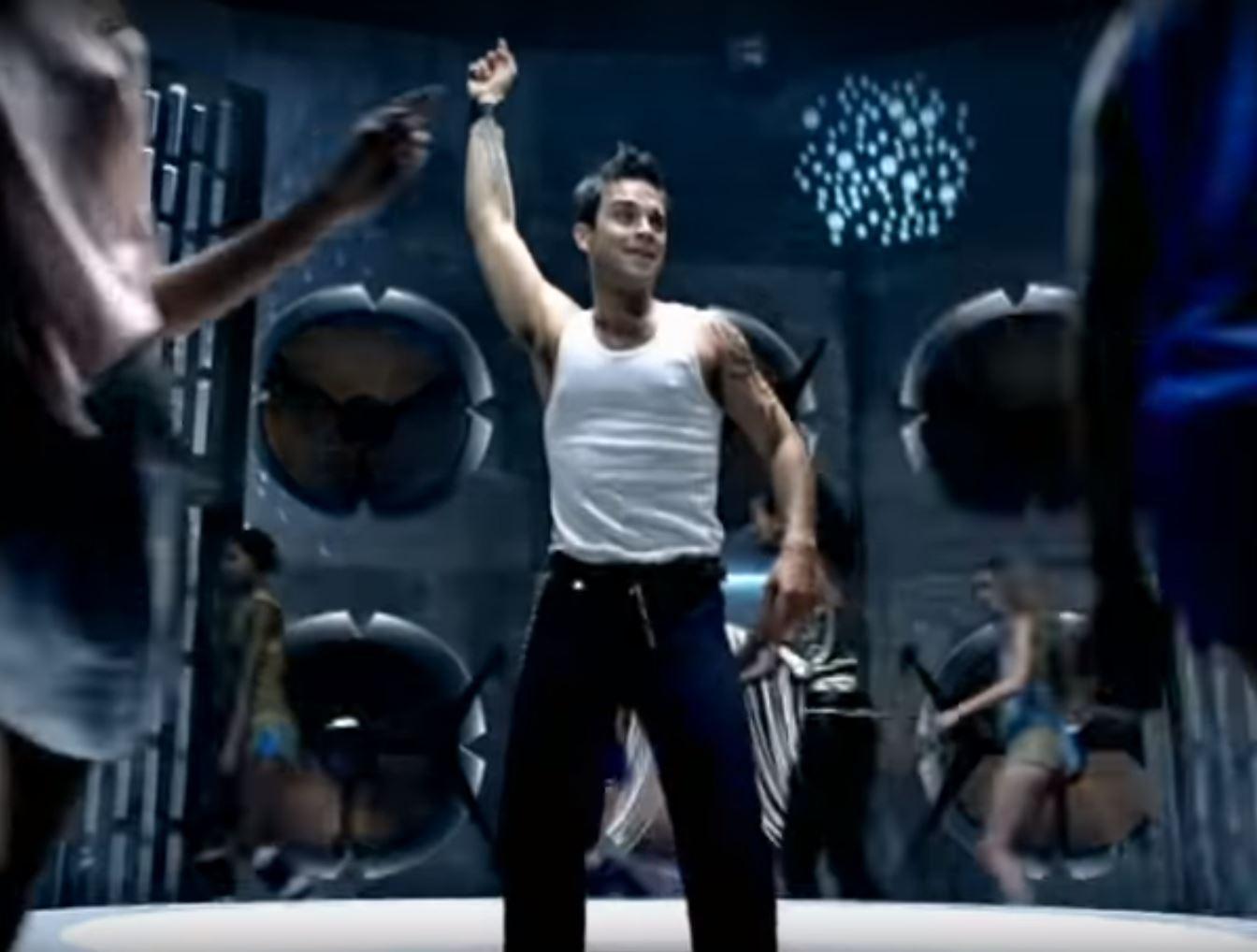 A showbiz source said: “Robbie is never afraid to take the mick out of himself and thought he’d poke fun at his fellow RWs as well.

“Everyone was a good sport and the end product looks hilarious. They’re all chuffed with it.”
They’re probably still better dancers than Gary Barlow ever was…

READ ON FOR THE REST OF

IT looks like Cardi B got two for the price of one when shoe shopping – the only catch being they were joined together.

She wore these spectacularly weird trainers in a new Instagram shot. 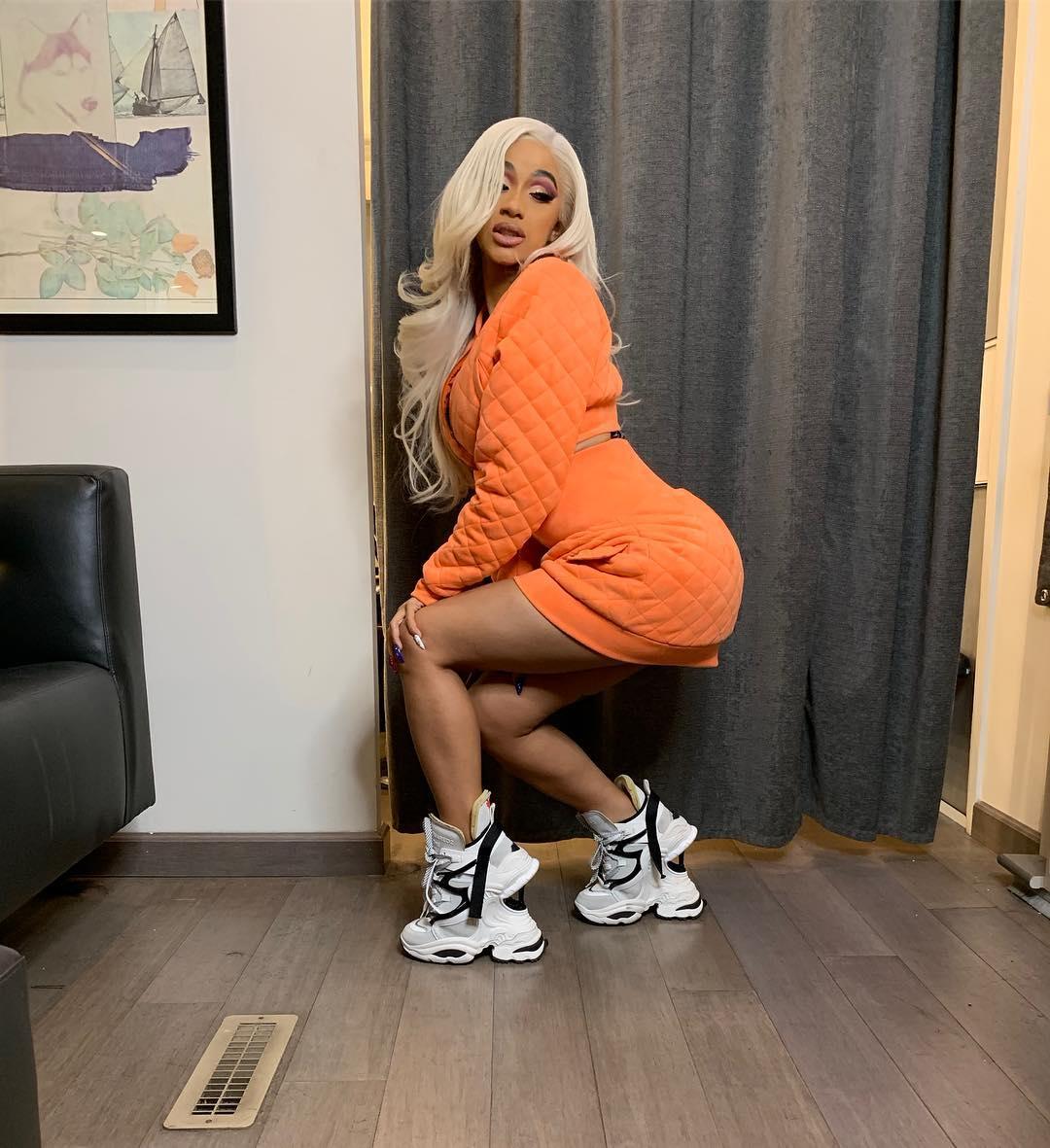 Cardi has had a tricky week after her estranged husband Offset crashed her performance at Rolling Loud Festival in Los Angeles last Saturday, begging her to take him back. She refused.

She will find out on February 10 if she will win a Grammy after landing five nominations.

Here’s hoping Offset doesn’t have the bright idea to storm that stage as well.

Fergie’s absence from the Black Eyed Peas reunion this year prompted fans to wonder if there had been a falling out.

In these pages Will.i.am even jokingly offered the original “Fergie” Sarah Ferguson, the Duchess of York, a spot in the band. 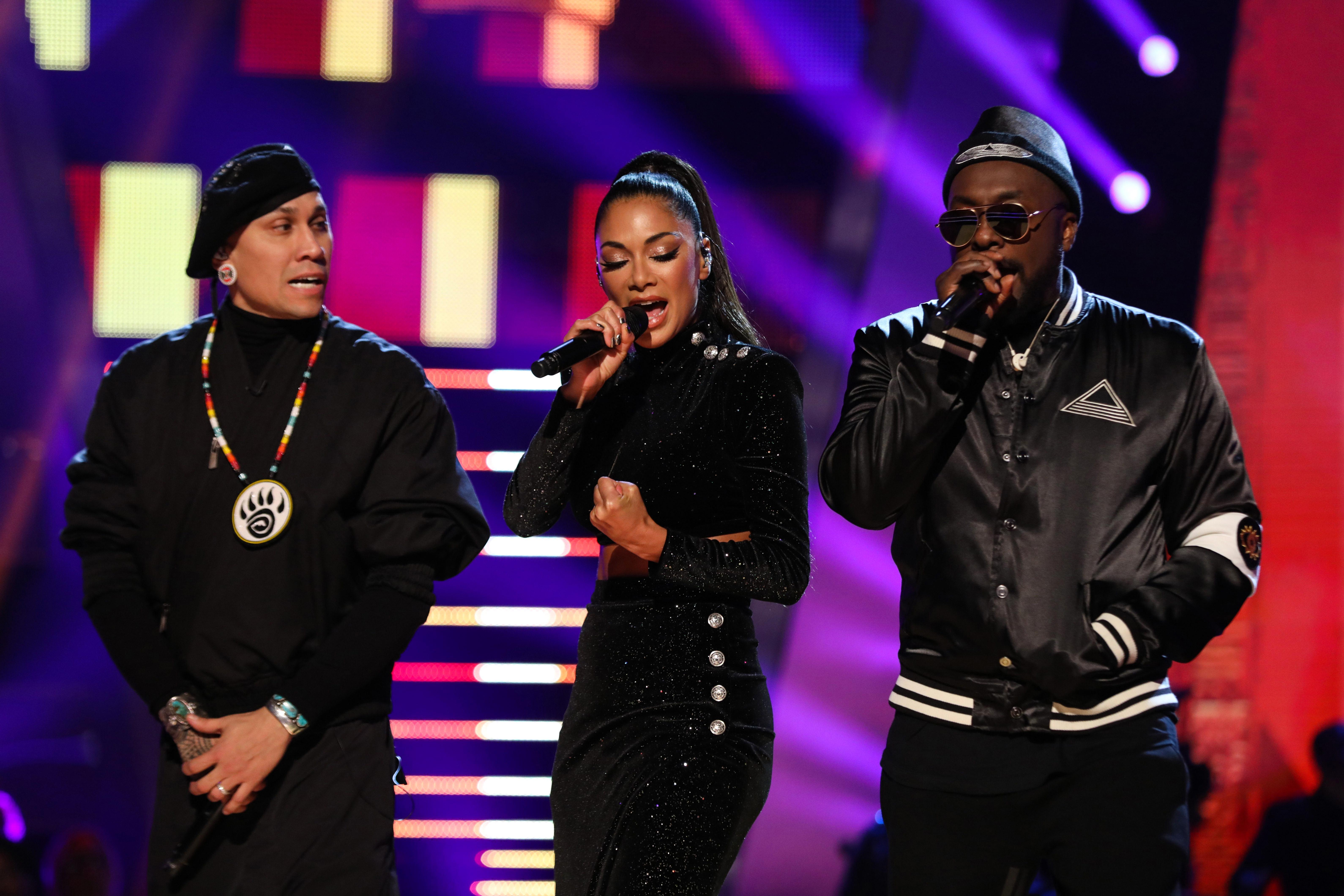 But speaking exclusively to The Sun ahead of the Black Eyes Peas 20th Anniversary Special on ITV tomorrow, the group have shed light on the truth behind the singer’s exit.

Band member Taboo has revealed that Fergie – who on Wednesday shared a throwback of her September trip to Bali with her 4.8million Instagram followers – turned down a place in the reunion to focus on her solo album Double Dutchess.

And he said they weren’t prepared to wait around for her after Taboo’s battle with testicular cancer in 2014.

The rapper said: “When I beat cancer I felt rejuvenated, like I wanted to be back on stage again.

“When we asked Fergie if she wanted to rock with us, she said respectfully, ‘I’m going to do the Double Duchess.’ 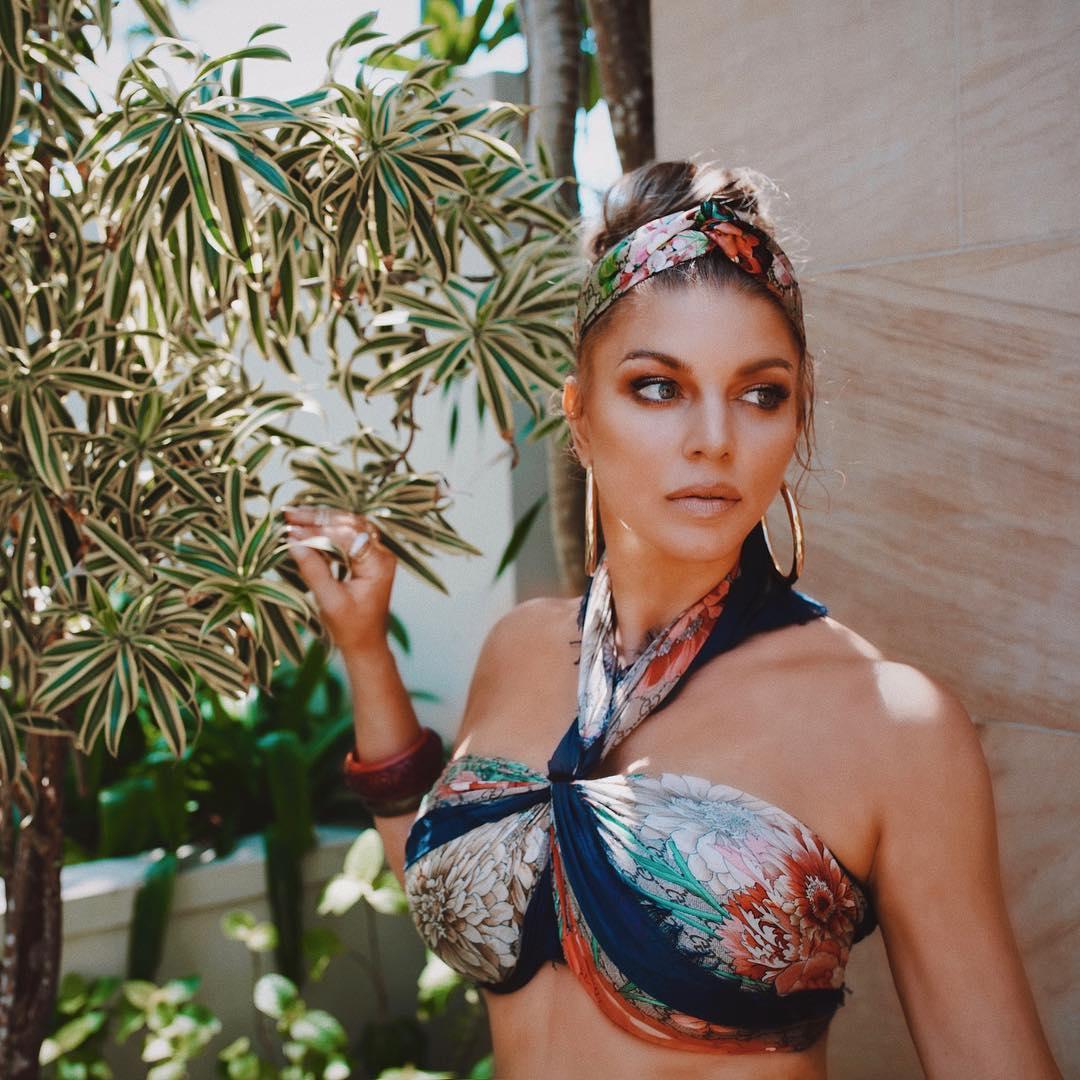 “And I felt like time waits for no man, so we went in to create the album Masters of The Sun Vol. 1, knowing we had to go back to celebrating the accomplishments of us being a trio.”

Fergie has since been replaced by Jessica Reynoso, a finalist on The Voice Philippines, where Peas member APL.DE.AP is a judge. Jessica is seen performing on the show tomorrow.

Yet even with Fergie on board, Will.i.am insists the group always considered itself a “trio”, in reference to when they first got together before becoming the Peas.

He explained: “Returning to the trio that we were wasn’t something which felt jarring or foreign to us. 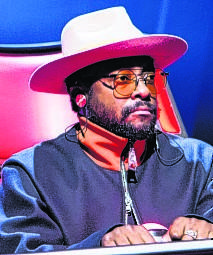 “Because we are the origins of what we created, it’s not foreign at all.”

And with 20 years under their belts, the group has no plans to slow down. Instead they look up to old rockers such as the Rolling Stones for inspiration.

Taboo added: “Seeing people like U2 performing and amazing groups like the Rolling Stones – though they’re up there in their age – it’s cool to see that musicians still have that knack for playing.

“Even Sir Tom Jones, the fact that he has been in the music industry for 40 years and doing stuff that’s not just performing but being a judge on The Voice.

“Those are the things that drive the passion and the hunger to keep creating content. Not just performing but creating Black Eyed Peas as an empire that will live on just beyond making music.”

And let’s hope they stick around to record what could be their weirdest collaboration yet.

Will said: “We would love to collaborate with Joanna. It would be her as Patsy from Ab Fab in a sketch that turns into a song. It would be a hoot.”

Well, if the sausage roll song has a shot at Christmas No1, anything is possible.

IT won’t only be the filmmakers laughing all the way to the bank with the success of Mary Poppins Returns.

The movie is also set to boost the profits of posh English ceramics company Royal Doulton, which is name-dropped seven times. 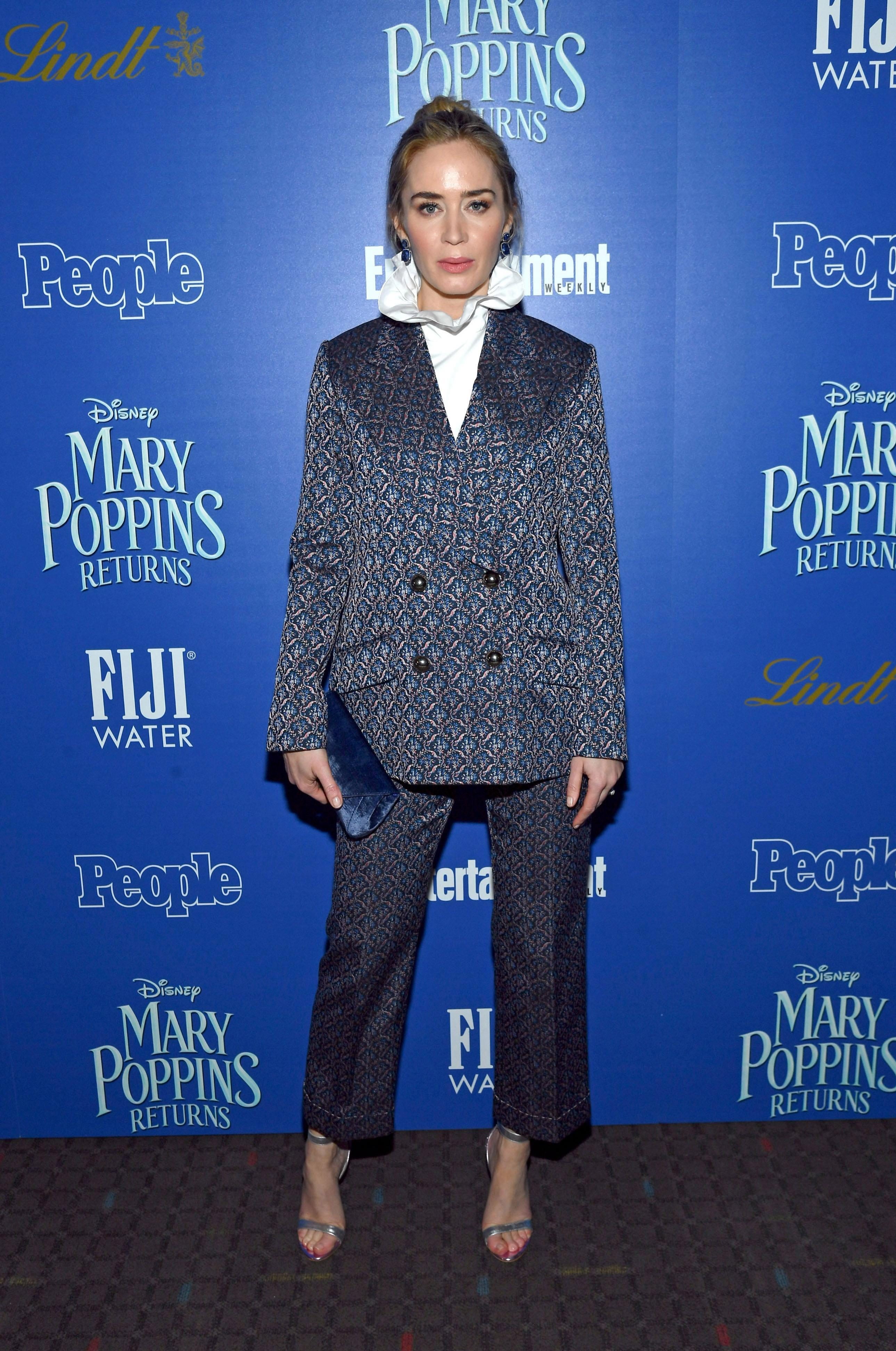 A significant chunk of the story sees Mary, played by Emily Blunt, focus on an antique bowl made by the Stoke-based firm and results in her singing The Royal Doulton Music Hall.

The movie hits cinemas today, 54 years after the Julie Andrew original, and is expected to secure bumper takings at the box office this weekend.

Disney spent £100million making it, so they will have to hope viewers find it practically perfect in every way.

She has refused to return the 20-carat, £1.6million engagement ring actor Chris Zykla gave her when he proposed in January. 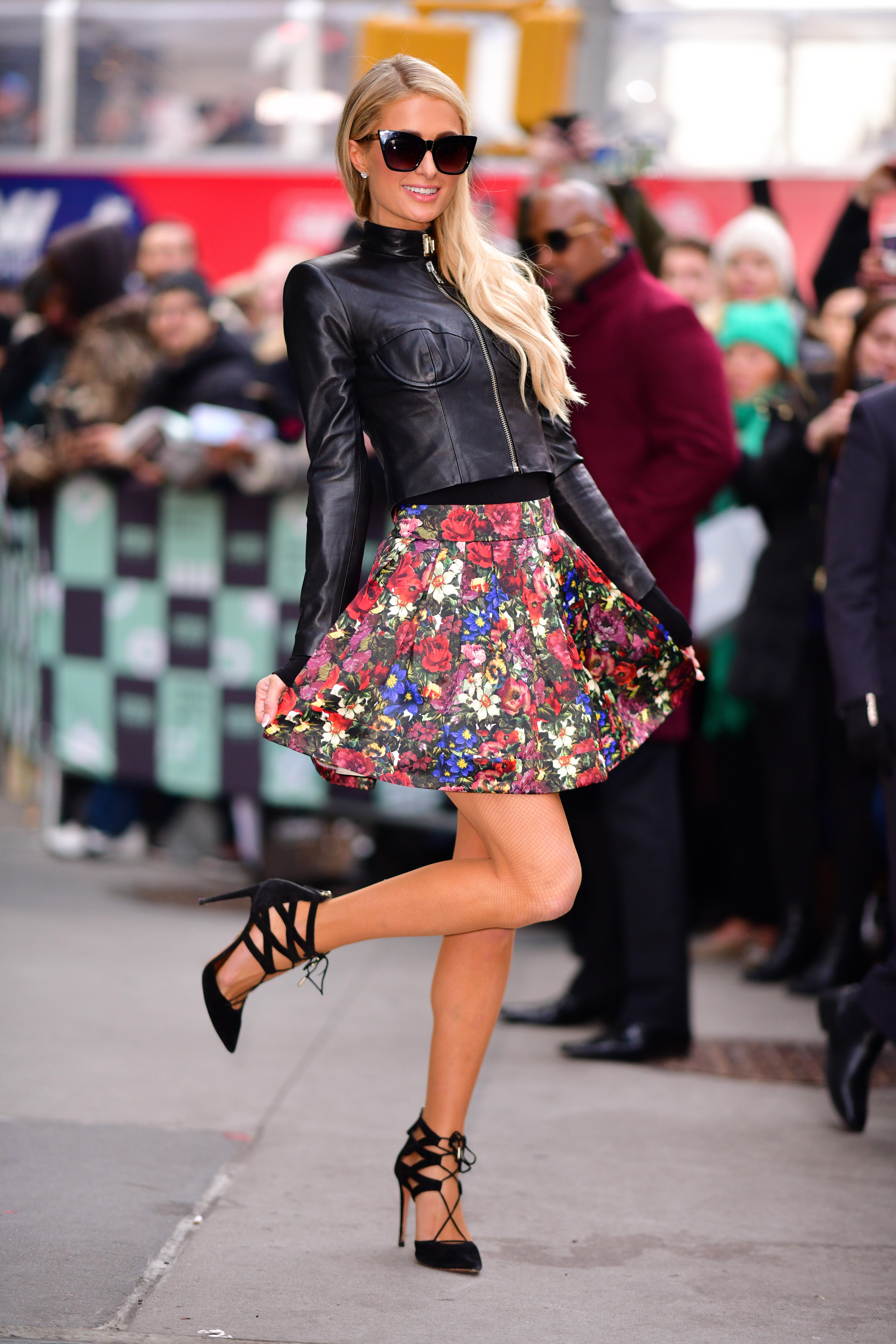 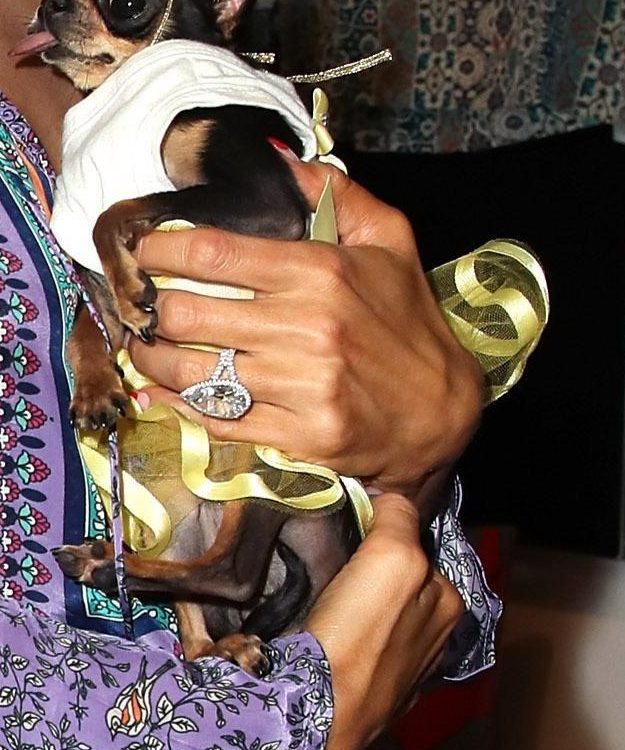 But in all fairness, she has a good reason. On US radio the socialite, pictured in New York on Wednesday, said: “The person we got it from got millions and millions of dollars of free publicity.

“I love how social media has become a new form of money.”

Asked to confirm she is keeping the sparkler, she added: “Yes. Diamonds are a girl’s best friend.”

X Factor 2014 champ Ben Haenow was the last in a long line of winners to get a Christmas No1 with One -Republic’s Something I Need, and this year he’s going for the top spot again.

The one-time van driver, whose album Alive is out now, has come up with a medley of festive No1s from seasons past. 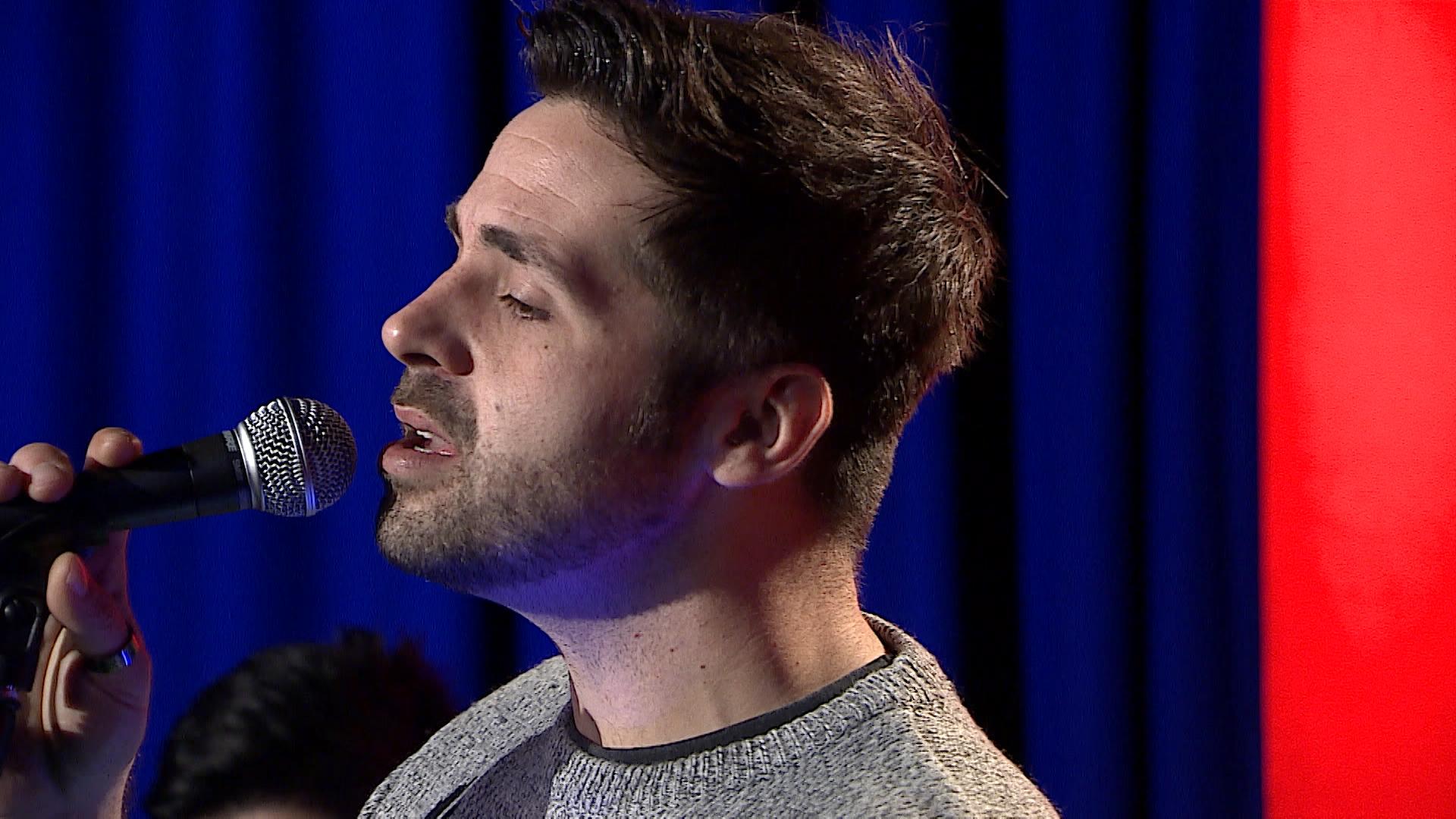 NEXT years Brit Awards nominees will be revealed on ITV show The Brits Are Coming at 5pm on January 12.

Little Mix, George Ezra, Jess Glynne, Not3s and Mabel will perform on the programme, presumably in the hopes it will up their chances of getting nominated. 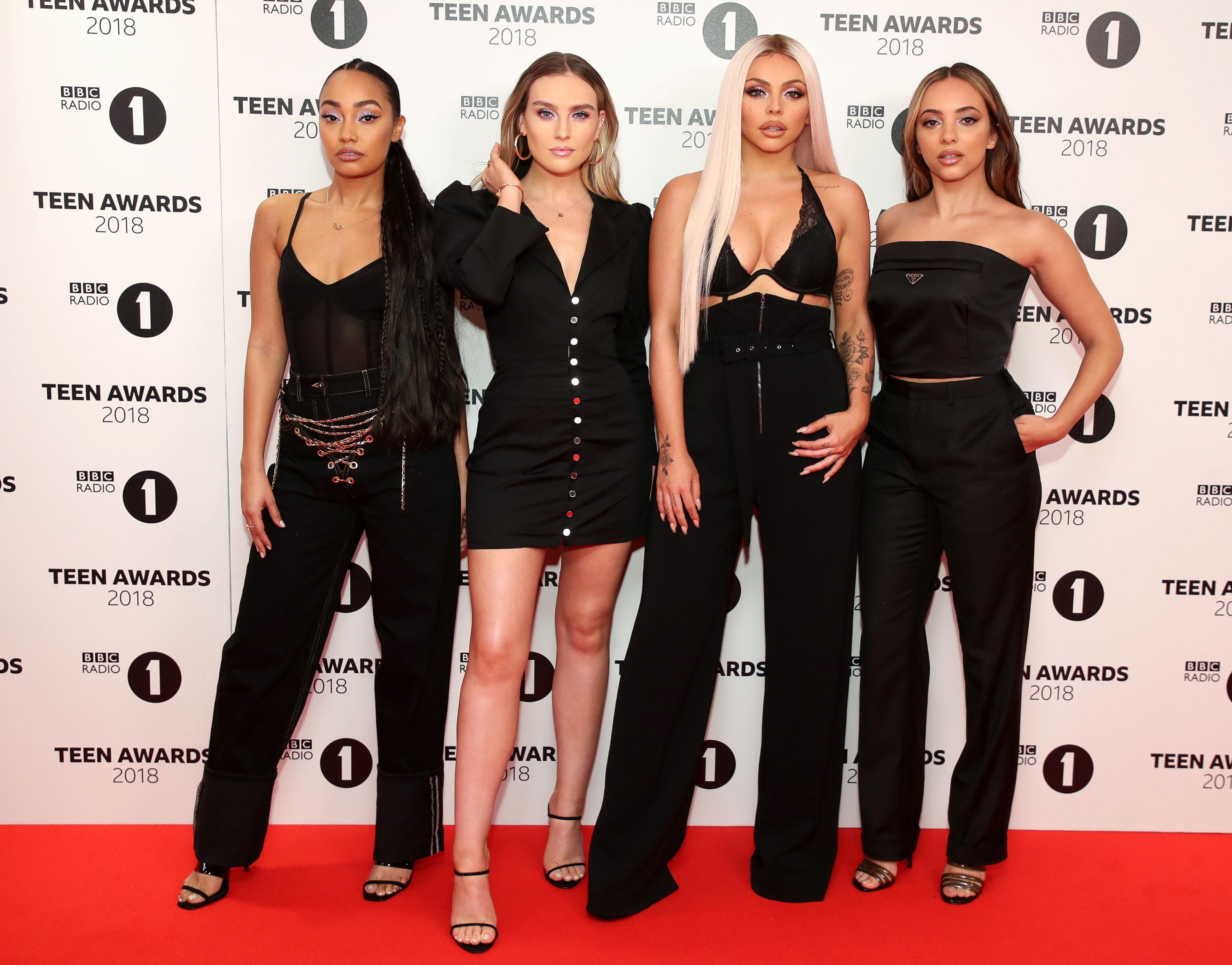 Nominee show Presenter Clara Amfo said: “I’ve enjoyed the awards since I was a kid, so getting to be part of the excitement with the audience feels great.”

I revealed last month that Jack Whitehall will be back for a second year to host the main ceremony, at London’s O2 Arena on February 20.

After a brilliant 2018, I can see George, Little Mix and Dua Lipa being up for a fair few gongs.

But after some unexpected nominees last year, I would advise they don’t plan their parties just yet.

He will join them on stage for the performance in Atlanta, US, on February 3.