Out of all the successful reality television franchises on the air, the Real Housewives series of shows is one of the most popular. Featured on the Bravo network and helmed by pop culture personality Andy Cohen, the Real Housewives franchise is very lucrative, and even though each show goes through numerous changes over the course of the series run, fans turn out in droves to watch, year after year. In recent days, the latest addition to the franchise launched, and it is already making headlines. 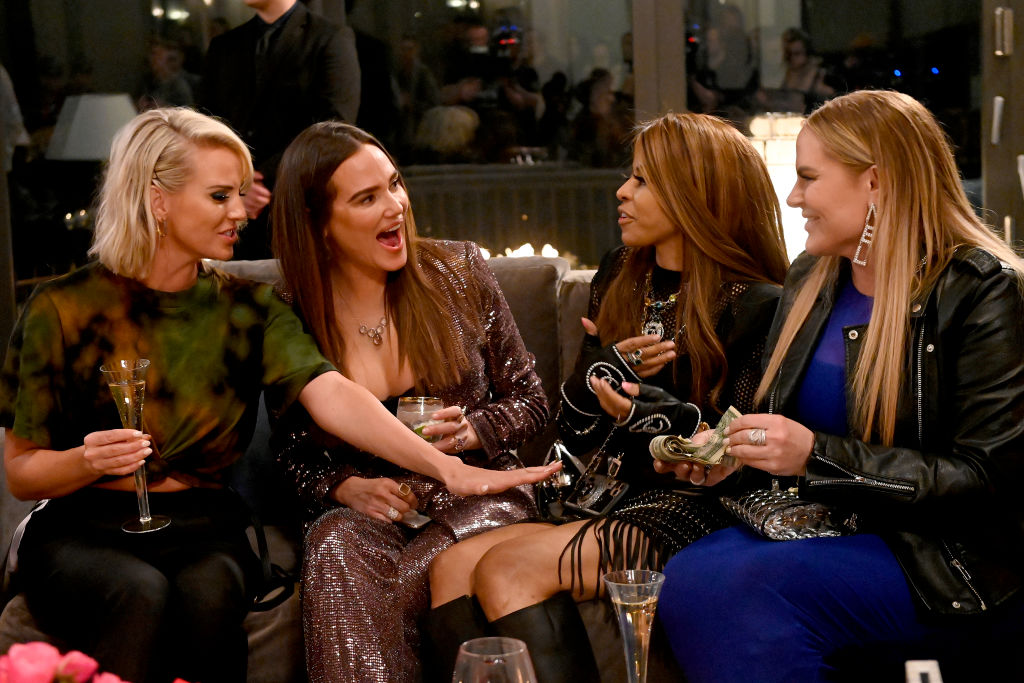 The ‘Real Housewives’ franchise has many individual shows

Reality television was still in its relative infancy when The Real Housewives of Orange County premiered in 2006. The show followed the daily lives of several affluent women in the Orange County, California, area. While the show did have many critics, some of whom slammed the series for being too vapid and materialistic, many more viewers tuned in, eager to enjoy the drama, romance, and flashy lifestyle trappings.

The Real Housewives franchise is showing no signs of slowing down, with the recent debut of a brand-new addition to the franchise — The Real Housewives of Salt Lake City. Andy Cohen revealed why Salt Lake City was chosen in a late 2019 interview, stating that “we’ve always tried to choose cities that have completely unique personalities. And we also tried to throw a little curveball now and then, pick somewhere that you maybe weren’t expecting.”

Cohen also talked about how the location is known for a vibrant Mormon presence: “You didn’t see it coming but I have to tell you, in Utah, you have the majesty of the mountains, the Mormon religion, an exclusive community of people who have very successful businesses who live in their own universe. It is gorgeous and I think you’re going to be really surprised and intrigued by the group of women we’ve found.”

How many of the housewives on ‘The Real Housewives of Salt Lake City’ are Mormon?

The women featured on The Real Housewives of Salt Lake City are a diverse group. The main cast, introduced on the mid-November premiere of the show, includes Mary Cosby, Meredith Marks, Whitney Rose, Lisa Barlow, Heather Gay, and Jen Shah. Interestingly enough, although Andy Cohen pointed to the Mormon religion as one of the touchstones of the new series, not all the featured housewives are Mormon. A recent report broke down each star’s religious preference, revealing which of the housewives are practicing Mormons and which ones follow a different religion.

According to PageSix, New York-born Lisa Barlow is a practicing Mormon, and considers herself to be “Mormon 2.0.” Mary Cosby, on the other hand, who has caused some controversy due to her marriage to her step-grandfather, is Pentecostal. Heather Gay was married to a high-ranking Mormon church member, but in recent years, has somewhat distanced herself from the church. These days, she considers herself a “good Mormon gone bad.” Meredith Marks, a celebrity jewelry designer, is Jewish, while Whitney Rose is descended from “Mormon royalty,” but left the church after having a high-profile affair with her boss. Finally, stylish Jen Shah used to be Mormon — but converted to Islam after discovering that she had some issues with Mormon policy.

Ultimately, while not all the housewives are Mormon as a viewer might expect from a show set in Utah, they all bring the drama and are certain to keep fans glued to their screens for months to come.