Comedian Freddy Quinne and star of Peckham’s Finest Queen Mojo were invited onto Wednesday’s instalment of Good Morning Britain where they locked horns over Emma Thompson wearing a fat suit to portray terrifying headteacher Miss Trunchall. Host Ranvir Singh clapped back at Queen Mojo by asking her what an overweight actress could bring to that role that Emma Thompson cannot.

Ranvir began: “In Miss Trunchbull’s case, her being that size is a sort of caricature, it’s not really part of the story, it’s just a caricature.

“So what would an overweight plus size actress bring to that role that Emma Thompson can’t just for the sake of being overweight?”

Queen Mojo told the broadcaster being overweight was not “just something which happens to you”.

She continued: “Alison Hammond mentioned it herself that obesity is sometimes something that people struggle with.” 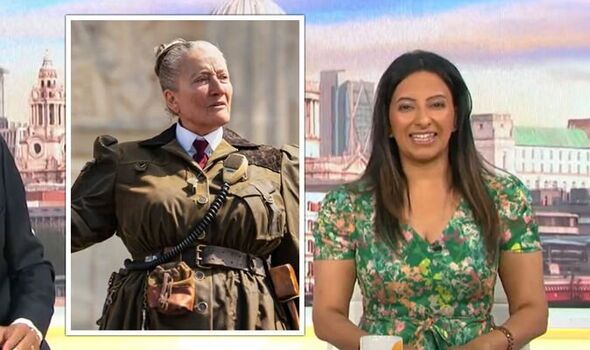