Series five of Queen of the South will be the last time fans get to watch Teresa Mendoza (played by Alice Braga) and the rest of the gang on screen. USA Network cancelled the drama earlier this year so there could be a chance of multiple deaths, including the queenpin herself which has been teased since day one. Already, there has been a tragic death within Teresa’s inner circle which they are all still trying to come to terms with.

WARNING: This article contains spoilers from Queen of the South.

Teresa told King George (Ryan O’Nan) to go to Miami with Boaz (Joseph Thomas Campos) to find out if she could really trust him.

He soon found out he wasn’t loyal as he had been ripping off Teresa while running his branch.

King George discovered the truth but before he was able to tell Teresa, Boaz shot him in the head, killing him instantly.

Teresa was devastated to learn of his murder and she could soon be left heartbroken again. 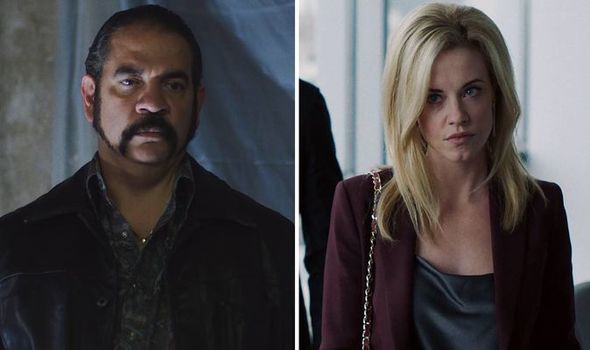 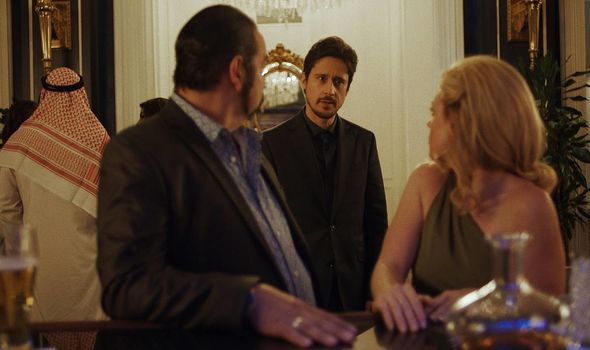 Is Pote going to die trying to rescue Kelly Anne?

Boaz is hell-bent on getting his revenge on Teresa and this means attacking the ones.

She and Pote Galvez (Hemky Madera) were at the hospital for a scan but while he was out of the room, Kelly Anne was taken.

Pote was seen screaming in his car, frustrated and angered at the prospect of his girlfriend and unborn child is in danger. 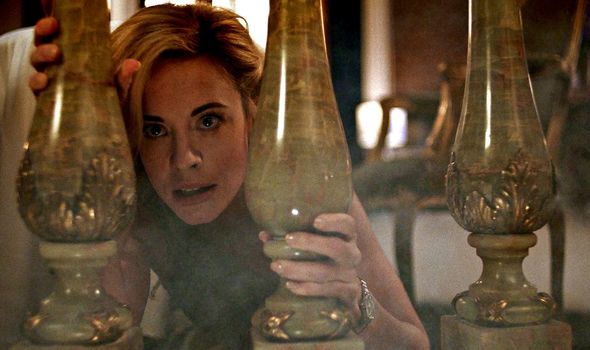 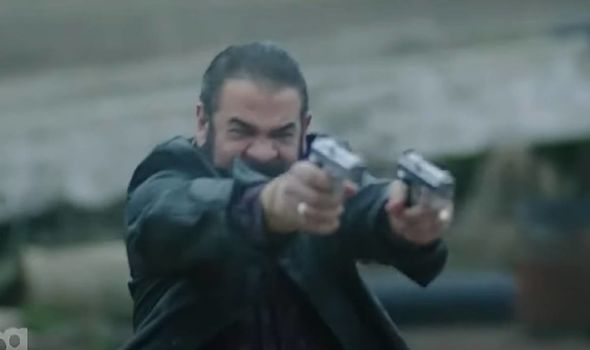 Queen of the South will return for episode eight Todo Lo Que Toco next week, Wednesday, May 26 on USA Network.

In the promo for the upcoming episode, Pote is seen flinging himself to the side, with two guns in his hands.

He is aggressively shooting at someone but the person who he is aiming at isn’t revealed.

With Pote embarking on a shoot-out, could it lead to his death as he tries to save Kelly Anne?

Fans are already predicting that Pote will soon be killed off in the drama.

Taking to Reddit, one fan wrote: “kelly Ann or pote…..one of them dying next episode”.

While another commented: “I think Kelly Anne will be fine,but i am really afraid Pote may die saving her.”

There is only a handful of episodes left to find out all of the cast’s fate.

Teresa’s death has been predicted from the very first scene back in season one.

The flashforward moment predicted she would be murdered by a sniper who shoots at her while she is in the bathroom.

But Pote has been seen in all of these time jump moments which does indicate he will still be alive by the end.

However, there are no guarantees as this could be a ruse to try and mislead fans as the show nears its end.

Queen of the South is available to watch on USA Network.