Prince William, 38, the Duke of Cambridge, has been continuing with his royal duties of late in an attempt to keep the nation’s spirits lifted in light of the coronavirus pandemic. He and his wife, Kate Middleton, 39, the Duchess of Cambridge, have seen their young family thrust into the public eye following Prince Harry’s, 36, decision to stand down as a senior member of the Royal Family. However, ITV news anchor Tom Bradby, 54, has addressed how the heir to the throne now has a lot more responsibilities on his shoulders after his brother’s move to America.

Speaking on Love Your Weekend With Alan Titchmarsh, the broadcaster spoke about the reported tensions between the two siblings.

Having filmed and presented the documentary about Prince Harry and his wife Meghan Markle, 39, on their African tour in 2019, the journalist quizzed the father-of-one about his relationship with his brother.

Talking with Mr Bradby at the time of the reported rift, the latter said: “Part of this role and part of this job and this family being under the pressure that it’s under… stuff happens.

“But, look, we’re brothers, we’ll always be brothers. We’re certainly on different paths at the moment. 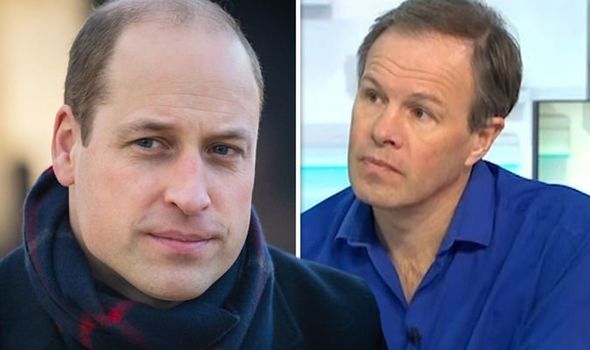 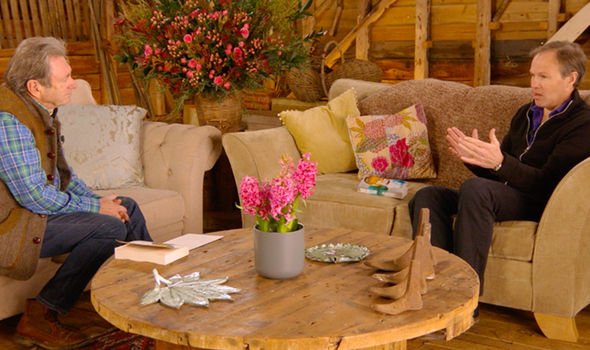 Referring back to this and where the royals now stand, the journalist explained: “The situation with the family clearly isn’t ideal and it has been a very difficult year for them all.

“To some extent, I felt a little bit caught in the middle of them [William and Harry] with that documentary, which is a deeply uncomfortable place to be.

“And that is, in a way, why I am always reluctant to say anything more because I don’t want to make anything worse or get in between anything or anything like that.”

Moving the conversation back to Prince Harry and Meghan’s relocation to America, Mr Bradby added: “But are they unhappy out there? No.” 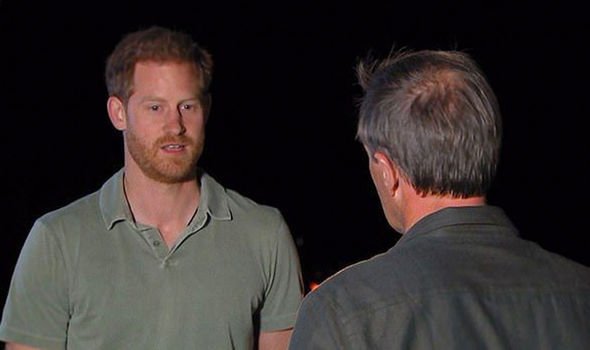 “I think William does too, I don’t think he finds it easy,” Mr Bradby added, referring to the fact the father-of-three is now having to be the face of hope for the UK.

When it was announced Prince Harry would be stepping back from the Royal Family, the Queen, 94, appointed a new role for his brother.

Prince William became the Lord High Commissioner to the General Assembly of the Presbyterian Church of Scotland last January.

A statement from Buckingham Palace described the role as being able “to maintain the relationship between the State and the Church.

“The person appointed to the role is a Scottish figure, whose appointment is based on merit and their contribution to society,” it continued.

This was just another duty bestowed upon Prince William’s head, as well as the father-of-three being a patron of numerous charities.

Then in October of 2020, the heir to the throne was given yet more duties to carry out, which were added to the ever-growing list.

This included taking on the patronage of Fauna & Flora International from his grandmother and for the British Trust for Ornithology from his grandfather, Prince Philip, 99, the Duke of Edinburgh.

As the monarch had been a patron of FFT for 70 years, it was a huge achievement for her grandson to have become her successor.

Mark Rose, Chief Executive Officer of FFI said at the time: “Her Majesty has provided stalwart support to FFI and we are extremely grateful for the sterling support and encouragement that she has provided throughout the past seven decades.

“We look forward to building on her legacy and taking the relationship forward with her grandson.

“The Duke of Cambridge is a wonderful ambassador for conservation and there is a great deal of synergy between his own and FFI’s vision for the future of the planet.”

Love Your Weekend With Alan Titchmarsh airs Sunday at 10am on ITV.