The pregnant reality star claims her "toxic" boyfriend of two years tried to kidnap her and force her to have an abortion. 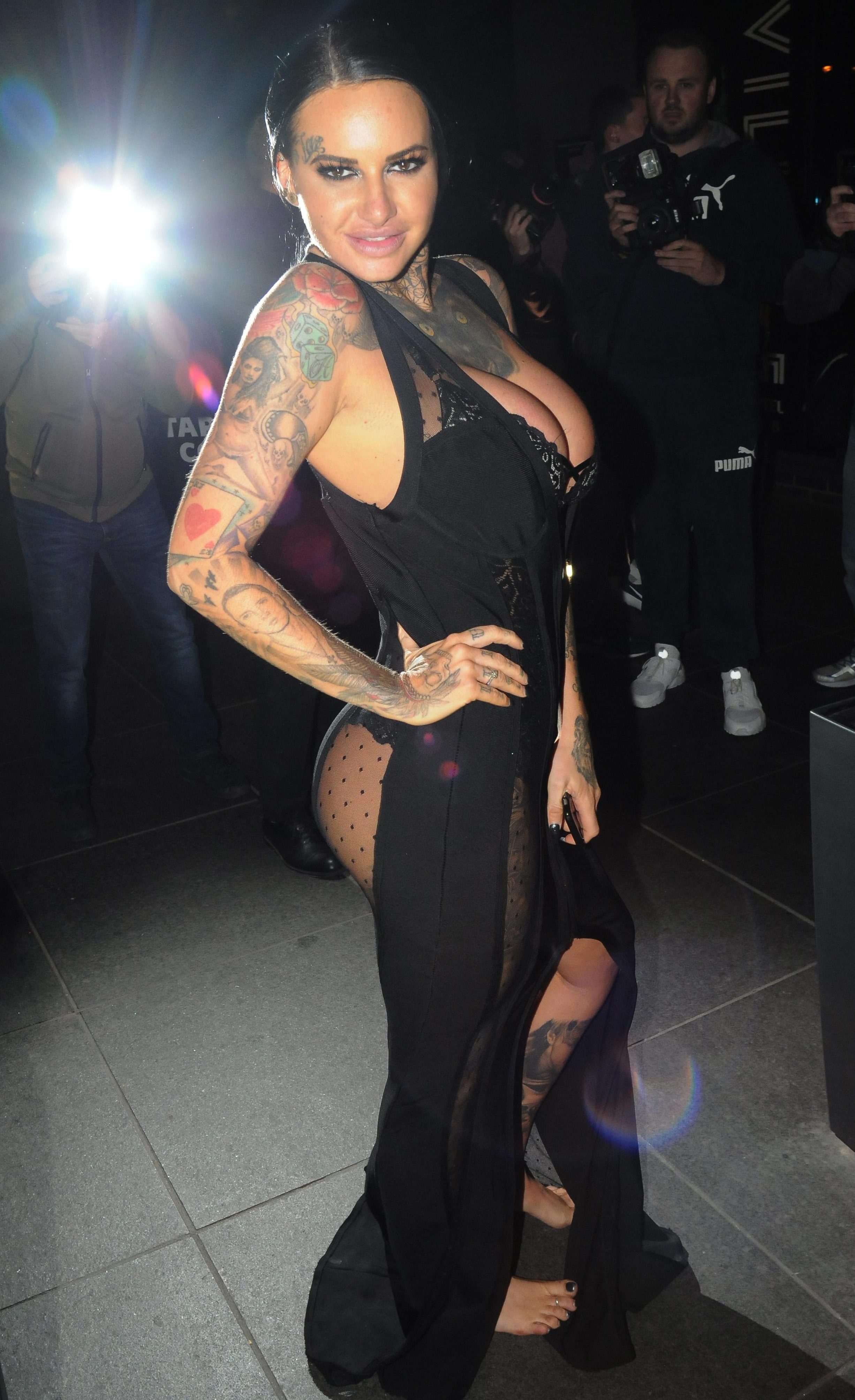 Writing on Instagram, she explained: "I've kept my love life out of the public eye for the past two years for various reasons… I have been involved with the most vile, toxic man I have ever met and it's finally come to an end today.

"Unfortunately, he is the father of my child.

"The mental abuse and occasional physical abuse has been killing me inside, especially for the past six months of my pregnancy." 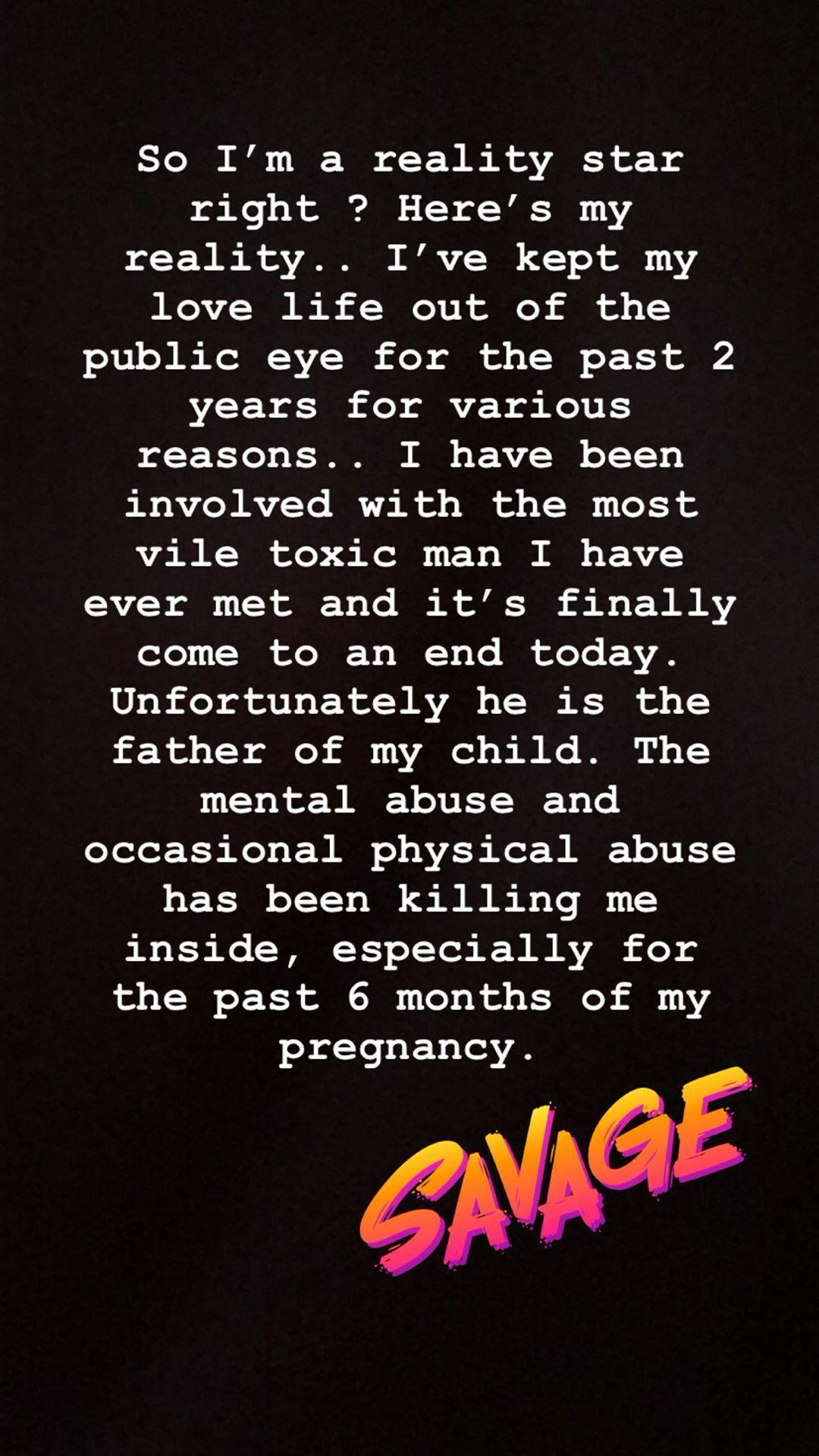 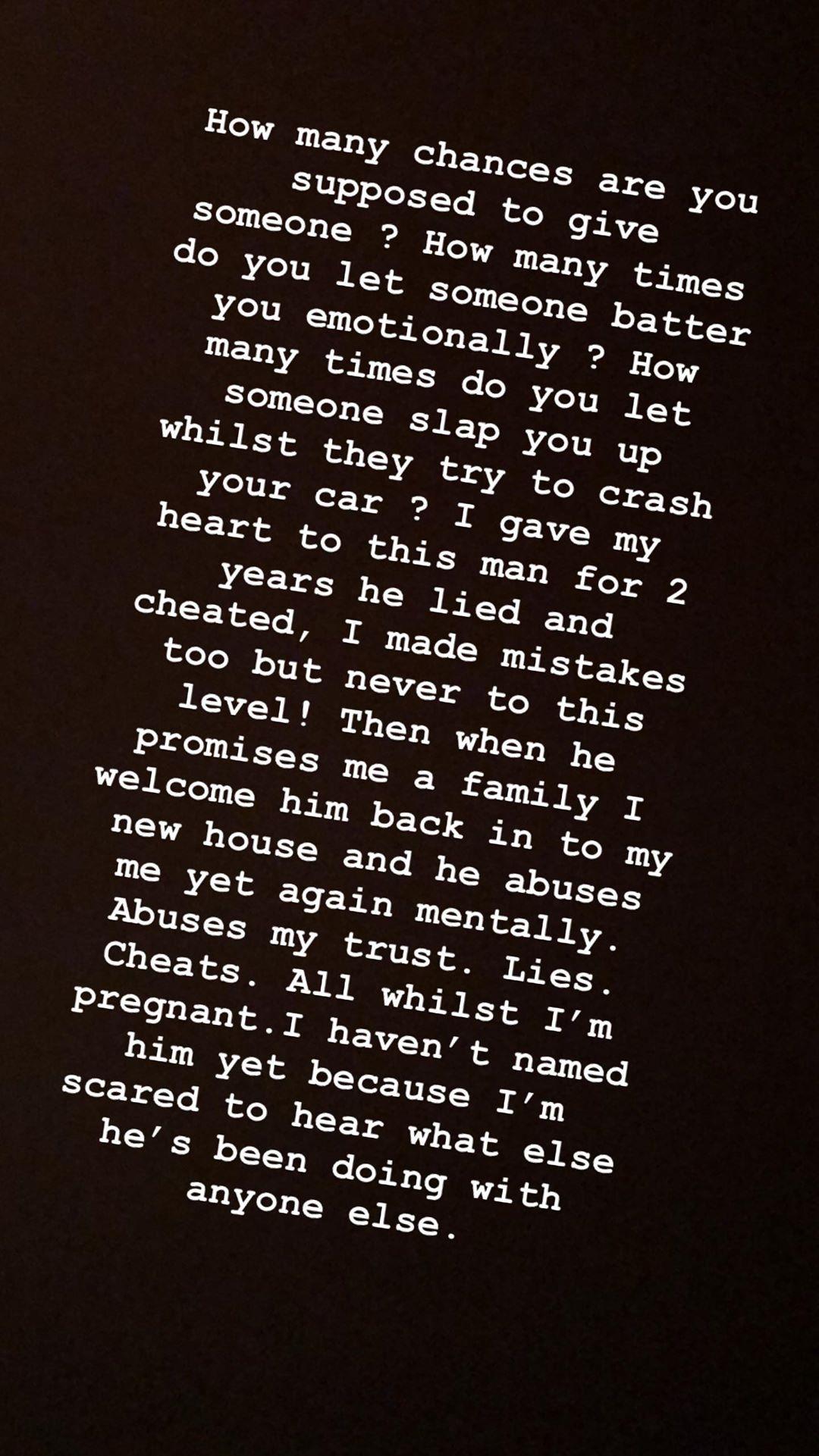 The 30-year-old star continued: "He has emotionally broke me down! And physically hurt me for no reason!

"Today I found out he has been lying to me yet again and been seeing his ex behind my back.

"Lying to me constantly and being the cause of so much pain, leaving me in a bad state whilst pregnant.!

Jemma goes on to claim that the man tried to make her "get rid of" their child when he first found out that she was expecting, before changing his mind four months later and "promising a family". 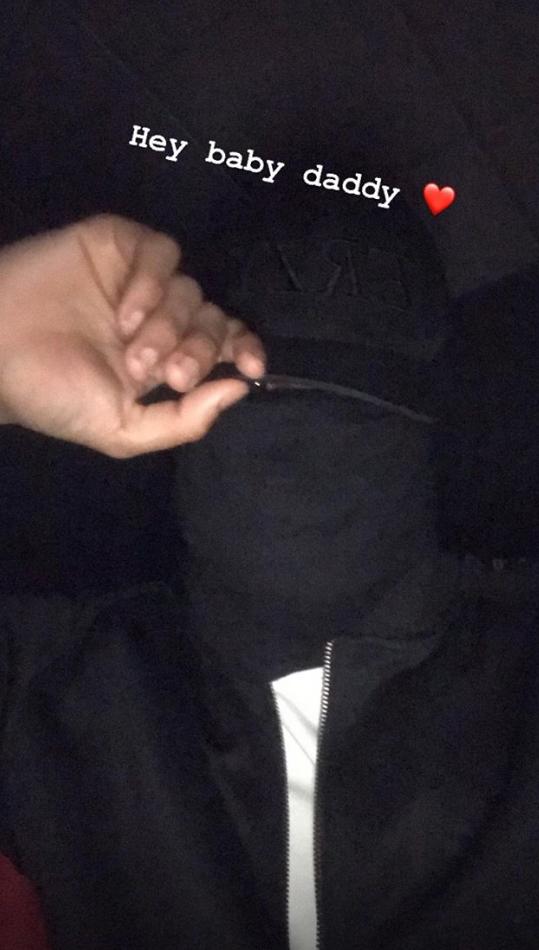 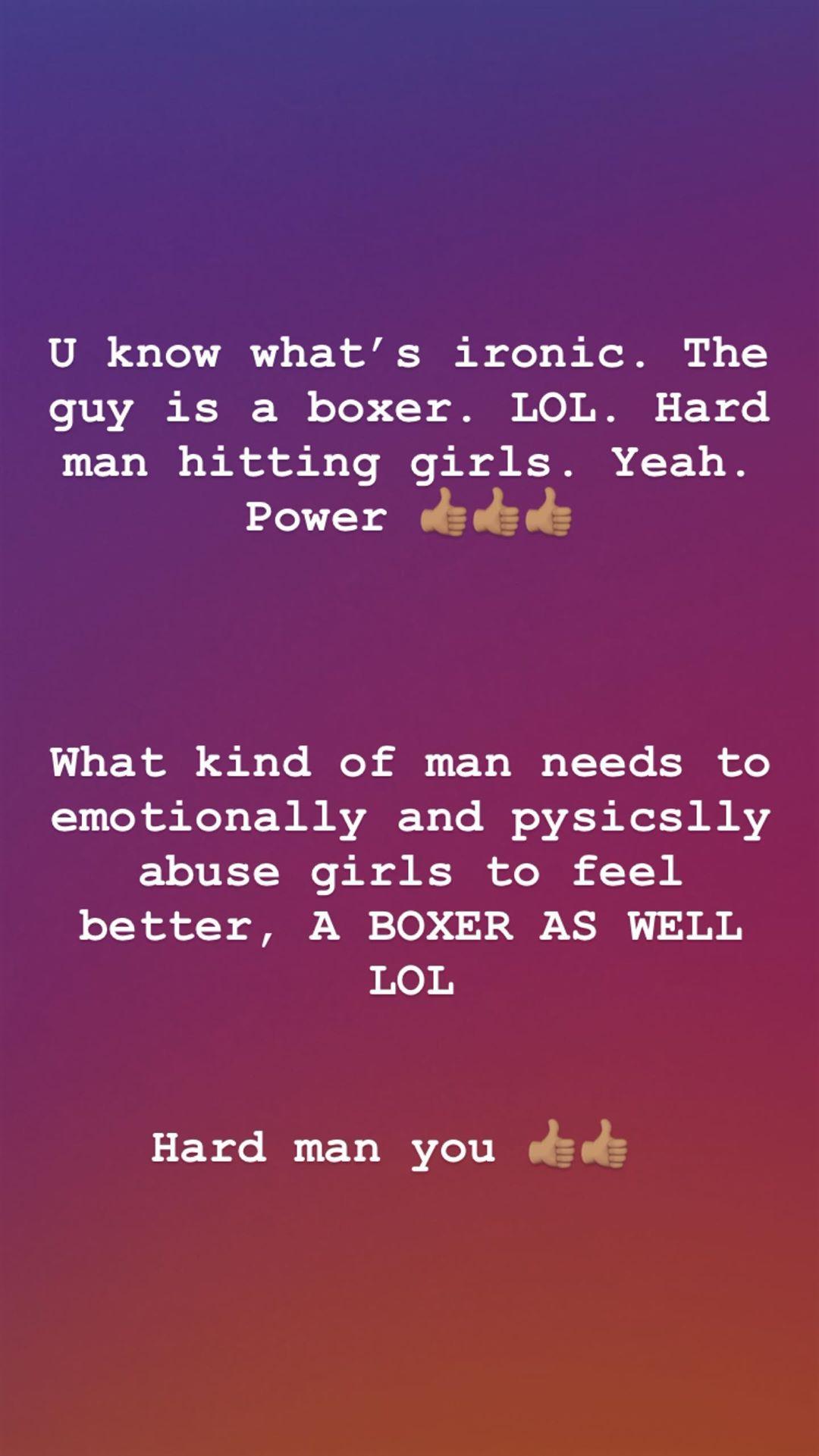 However, the heavily-inked reality star claims that he is still "sleeping with his ex" as well as messaging another girl on Instagram.

The former Celebrity Big Brother star admitted that she is "heartbroken" as she called the man a "c***" and a "waste man", asking: "How many chances are you supposed to give someone? How many times do you let someone batter you emotionally?

"I gave my heart to this man for two years, he lied and cheated." 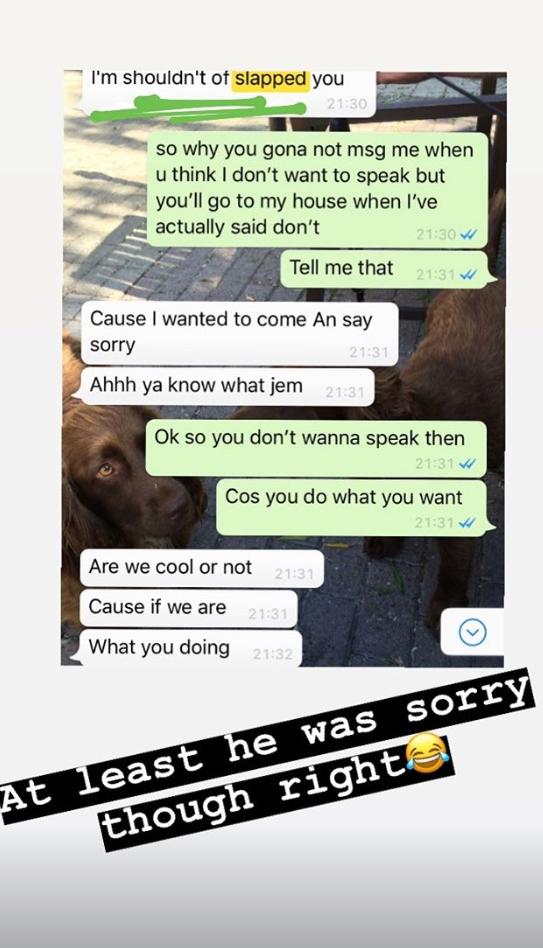 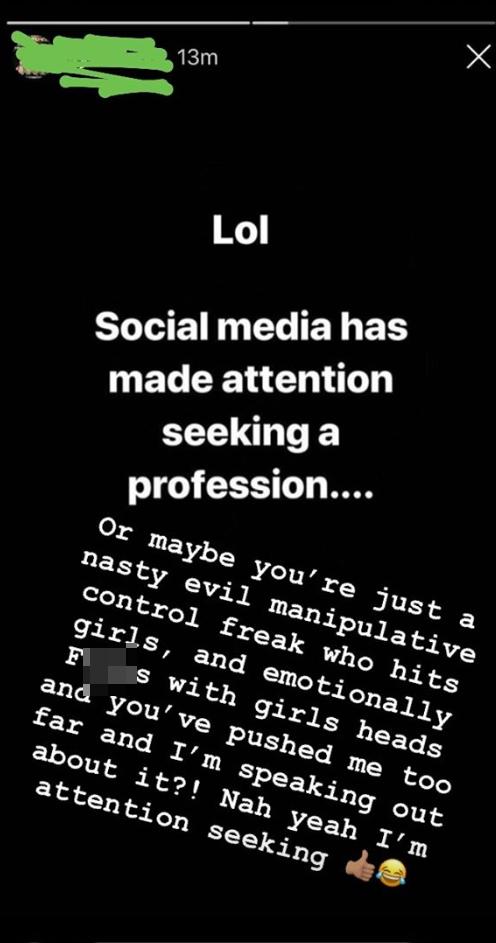 "What kind of man needs to emotionally and physically abuse girls to feel better? In his spare time he calls himself 'king' and smacks girls and f***s with their lives. Lies. Manipulates. Controls." 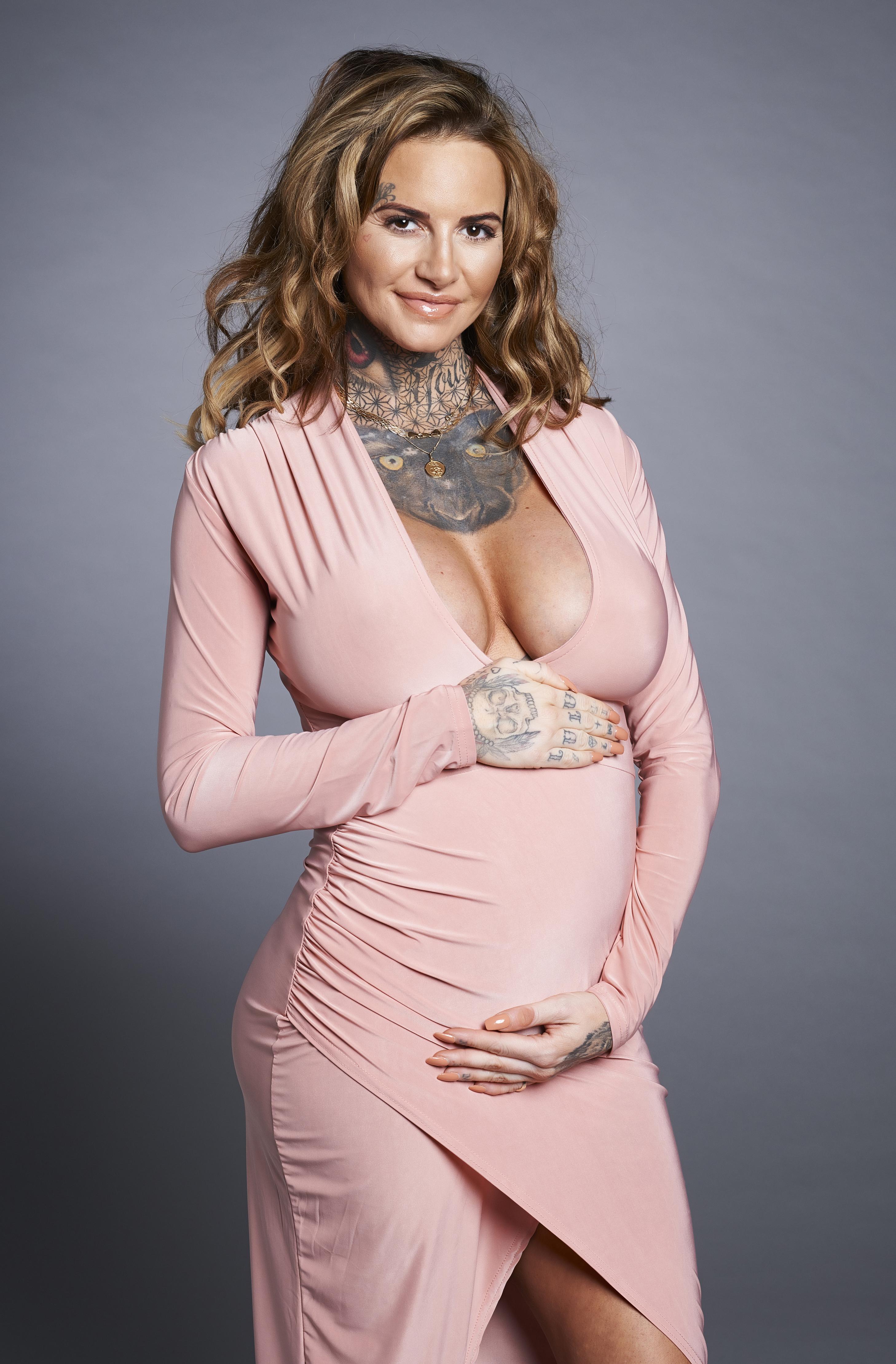 She then shared screenshots of a Whatsapp conversation that seemingly shows the man admitting to "slapping" her, also sharing a grab of his own Instagram story, with the username obscured, where he calls Jemma an attention seeker.

The star even posted a photo of the man but his face is concealed with a jacket and hat.

Jemma announced her pregnancy last month, telling the Sun Online that she was in "complete shock" when she realised that she was expecting, and opening up about the pregnancy-related illnesses that have affected her in recent months.

Speaking about her baby daddy's identity at the time, Jemma added: "I don't want everyone to guess who the dad is because they’ll never know.