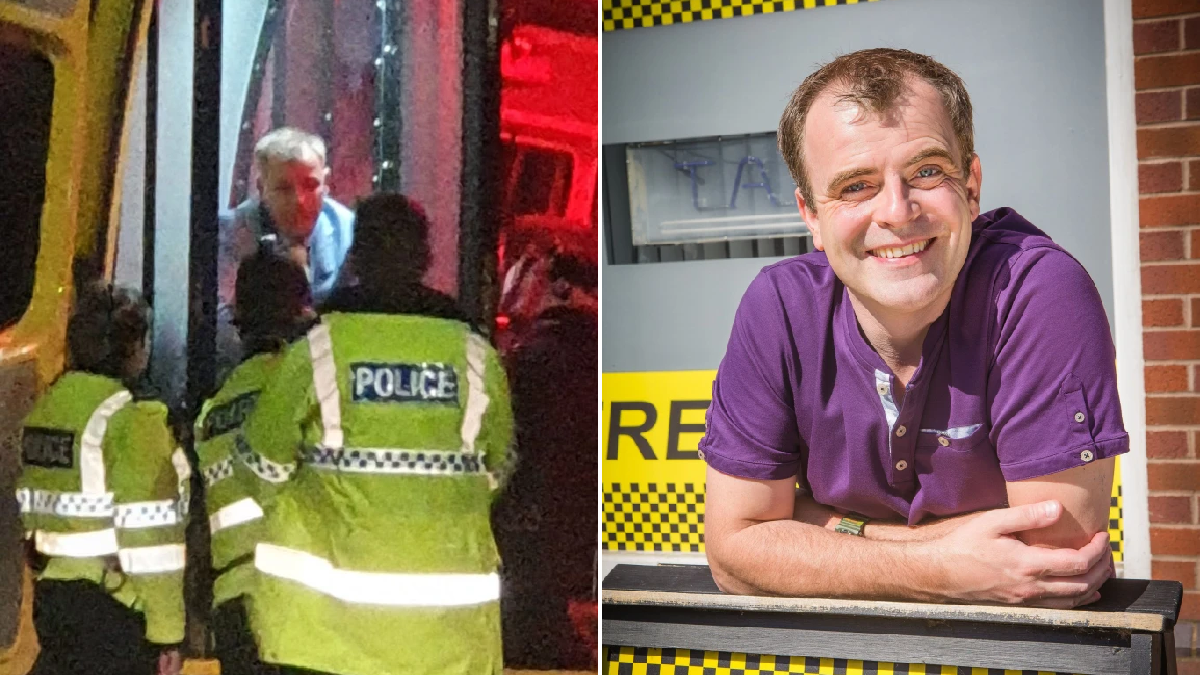 New pictures reveal that Simon Gregson was loaded into a police van, after an alleged fight at a restaurant in Liverpool.

The Coronation Street star can be seen sitting in the back of a police van talking to officers following an incident at the Toby Carvery in Aintree.

Simon, 47, enjoyed a day out at the Aintree Racecourse for Ladies Day before landing into the Rocking Horse pub, opposite the racecourse, according to reports.

Later that evening, however, he was spotted in the back of a police van, being spoken to by three uniformed police officers.

A source told The Mirror that there was ‘a bust-up’ in the restaurant and bouncers had kicked the actor out of the establishment.

‘They pinned him to the ground before the police arrived,’ the source said. ‘He was taken to the police van and spoken to for some time.

‘It was all very messy.’

Merseyside Police confirmed they were in attendance at the scene after receiving a report of two men who ‘were involved in an altercation inside the pub.’

They clarified that no injuries were reported and the victim ‘declined to make a formal complaint’. Investigations are ongoing.

The report comes a week after Simon was asked to leave a work event, for allegedly taking off his shirt as he danced on a table.

The 47-year-old first joined Coronation Street as Steve McDonald all the way back in 1989, and has remained on the cobbles ever since.

He took a short break from the ITV soap last year, as he competed in the latest series of I’m A Celebrity… Get Me Out of Here!, where he finished runner-up.

Metro.co.uk has reached out to Simon’s reps for comment.