Ozark: Sam proposes to girlfriend Jade before being arrested

Ozark has kept fans hooked from the very beginning but the drama is almost over. Last year, it was revealed the Netflix series would return for a fourth season but that this would be the last lot of episodes. So subscribers are hoping for a satisfying conclusion following the four-year emotional rollercoaster.

Ozark started off when Marty (played by Jason Bateman), wife Wendy Byrde (Laura Linney) and their children moved from Chicago to a summer resort community in the Ozarks.

Quickly, fans found out this wasn’t a move they decided to make off their own backs.

Marty, who worked as a financial planner, was forced to go to the Ozarks as a money-laundering scheme went wrong.

He owed a Mexican drug cartel a lot of money and in a bid to pay the debt and keep his family safe, Marty and Wendy had to become money launderers themselves. 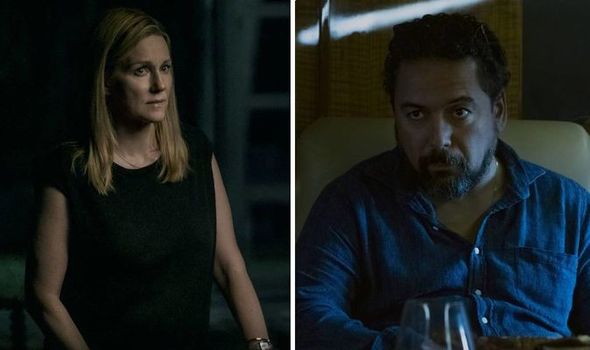 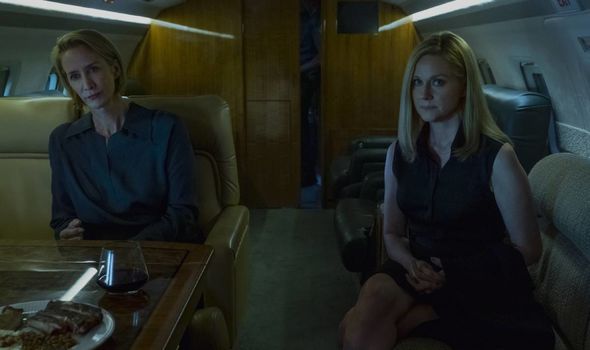 Why was the FBI on the set of Ozark?

As with any series, to ensure they are not met with criticisms on being unrealistic, Ozark did its research.

To be able to write about a drama focused on money-laundering, they needed to learn it for themselves.

So the FBI was invited to give them a lesson in the illicit world which Marty and Wendy would find themselves in.

Producer and writer Chris Mundy has previously explained: “We had an FBI agent who investigates money laundering come and sit down with us for a day so we could pick her brain.” 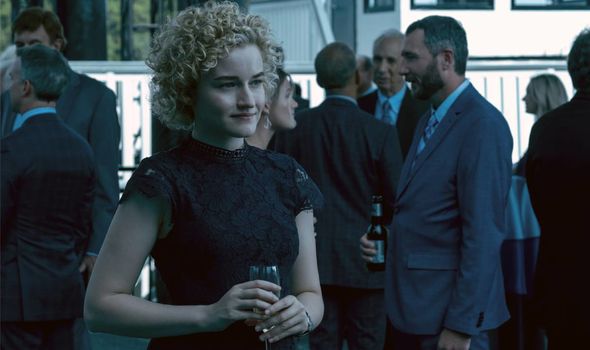 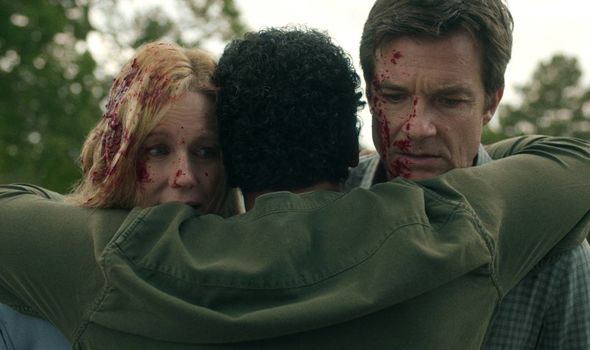 This wasn’t the only person that gave the Ozark team an education in money as a hedge fund manager also visited the set.

Mundy added: “No one on the writing staff came with a strong business background, so we just studied and learned as much as we could.”

As the Byrdes have gradually learned how to clean money, series three saw them more entangled than ever with the Navarro Cartel.

This led to a moment that stunned fans in the final few moments of the third season finale.

Marty and Wendy had been trying to prove their loyalty to drug boss Omar Navarro (Felix Solis) for quite some time.

They knew he would have to pick them or lawyer Helen Pierce (Janet McTeer) who was eager to get rid of the couple.

After handing her beloved brother Ben Davis (Tom Pelphrey) to the cartel, this showed Omar how much they were willing to sacrifice for him.

This spelt the end for Helen as Omar shot her in the head and then embrace the blood-splattered couple to signify their new bond.

Ozark is going to have just one more series before it all comes to an end for good.

Filming for the episodes began in November 2020 with work still being done on the drama.

This will be the longest series yet with 14 episodes in total that are going to be split into two parts.

A release date hasn’t been announced but it is expected the first half will drop in late 2021 and the second in early 2022.

Ozark is available to watch on Netflix.