Graham McTavish is best known for his role as Dougal McKenzie in the first two seasons of Starz’s hit historical series Outlander. He has remained a close friend and colleague of Jamie Fraser star Sam Heughan, but the stars recently admitted their friendship has its ups and downs on set of their new Scottish documentary series.

Graham has likened Sam to his “unruly teenage son” during their time working together on Men in Kilts.

The first instalment of the documentary series was released on Starz last year, and followed the two Scots discovering their heritage on a long road trip.

Season two will transport the Outlander co-stars to New Zealand, where they’ll uncover the country’s connections to Scotland.

Ahead of the season premiere, Graham has opened up about their dynamic one and off-camera. 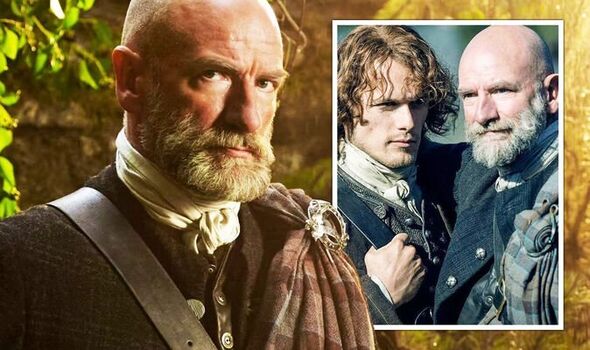 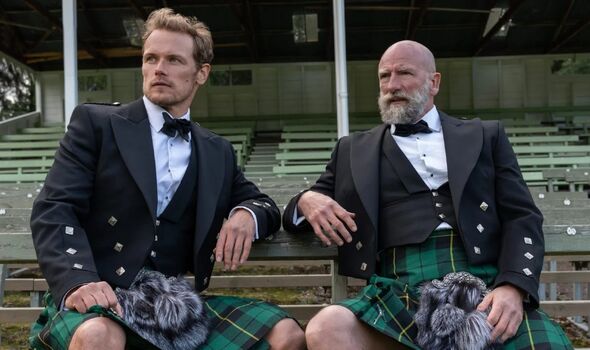 “We are very well suited,” he said before admitting: “We’re very different in lots of ways.

“He’s kind of like my unruly teenage son, and I’m his grumpy dad, in a weird, weird way. I mean, technically I could just about be his dad.”

Graham, 61, portrayed something of a father figure to the now 42-year-old Sam’s character, Highlander Jamie in the popular Starz series.

Despite their differences, he revealed the co-stars always wanted to work together once their time on Outlander had come to an end. 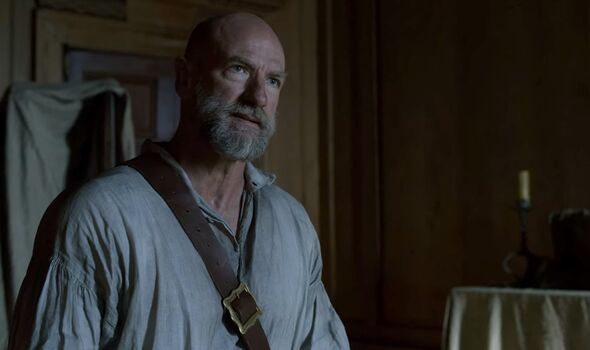 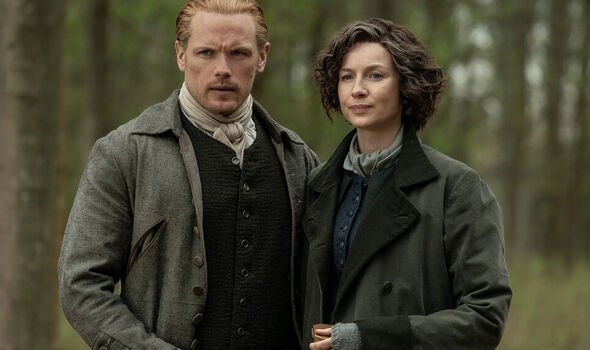 He told Square Mile they initially planned a podcast, going on: “Then we were gonna do GoPros.

“I don’t know how that would’ve worked. One on my head, one on his?

“It was a ridiculous idea. And then we just said, ‘Why don’t we just get a film crew together?’”

Their reunion in Men in Kilts proved an instant hit for Outlander fans, and Graham even managed to return as an ancestor of Dougal’s in the fifth season of the drama.

With the second instalment of their travel documentary coming up, Sam had previously shed more light on his and Graham’s unconventional friendship.

“It is a slightly dysfunctional relationship,” he admitted. “We bicker quite alot, but I think that’s the joy.

“Graham plays these characters who are quite masculine, quite aggressive. He’s a character. He’s well built.

“But in real life, Graham is a total teddy bear and extremely nervous around dangerous things.”

“The joy of Men in Kilts was getting him to do things that he didn’t want to do.”

During their interview, he told Lucifer’s Tom Ellis: “He’s terrified of heights. I got him to abseil.

“He refused point blank to get in a kayak with me despite trying to bribe him in every way. I got him on a tandem bicycle, but he complained about that incessantly.”

Men in Kilts season 2 finished filming in February of this year, so viewers should hopefully be able to tune in for more misadventures from the Outlander pair very soon.

Outlander seasons 1-6 and Men in Kilts are available on Starz in the USA and StarzPlay in the UK.