EXCLUSIVE: Oscar-winning star Mark Rylance and his wife Claire van Kampen, a playwright, composer and director, have teamed with Steven Spielberg and his Amblin Entertainment on a TV project, the actor revealed to Deadline.

”It’s a historical project, about something that happened in American history,” Rylance (Dunkirk) said at the Telluride Film Festival in Colorado.

Rylance appears in director Luca Guadagnino’s compelling cannibal drama Bones and All alongside Timothée Chalamet and Taylor Russell. Guadagnino, Russell and Rylance have been attending screenings at the festival.

The TV drama for Spielberg is under wraps, Rylance said, and he was reluctant to discuss it in detail.

However, Deadline has learned that it will, in part, explore the Battle of Homestead, the tragic 1892 labor dispute at the Carnegie Steel Co. in Pennsylvania that led to bloody clashes between members of the Amalgamated Association of Iron and Steel Workers, locked out of the steel mill during an industrial dispute, and security officers working for the Pinkerton Detective Agency, hired by Andrew Carnegie and Andrew Clay Frick.

Rylance and van Kampen had planned to create a stage drama about the U.S. steel industry between the Civil War and World War I.

However, without actually specifying the topic of the project for Amblin, Rylance said, “I’ve been working on it as a play, and now I’ve suddenly realized that it could be a TV thing, and [Spielberg] agrees.” He added that he and van Kampen have completed the treatment of the first episode.

Rylance, van Kampen and Spielberg have been close friends for decades. Spielberg directed Rylance in The BFG (2016) and Bridge of Spies (2015), which won him an Academy Award for Best Supporting Actor.

In relation to playing a flesh eater in Bones and All, Rylance argued that the cannibals “are not sociopaths or psychopaths; they have an affliction and they’re conscious that it’s a harmful affliction, and they’re trying to make the best of a bad situation,” he explained.

”They want to do good,” Rylance insisted. “They’re trying to be good. They’re ethical characters; they talk about rules.”

Indeed, the film’s aimed at those who constantly break the rules: human beings. ”Oh, my God!” Rylance cried. “Americans and the English people! We are consuming Third World people at the moment. 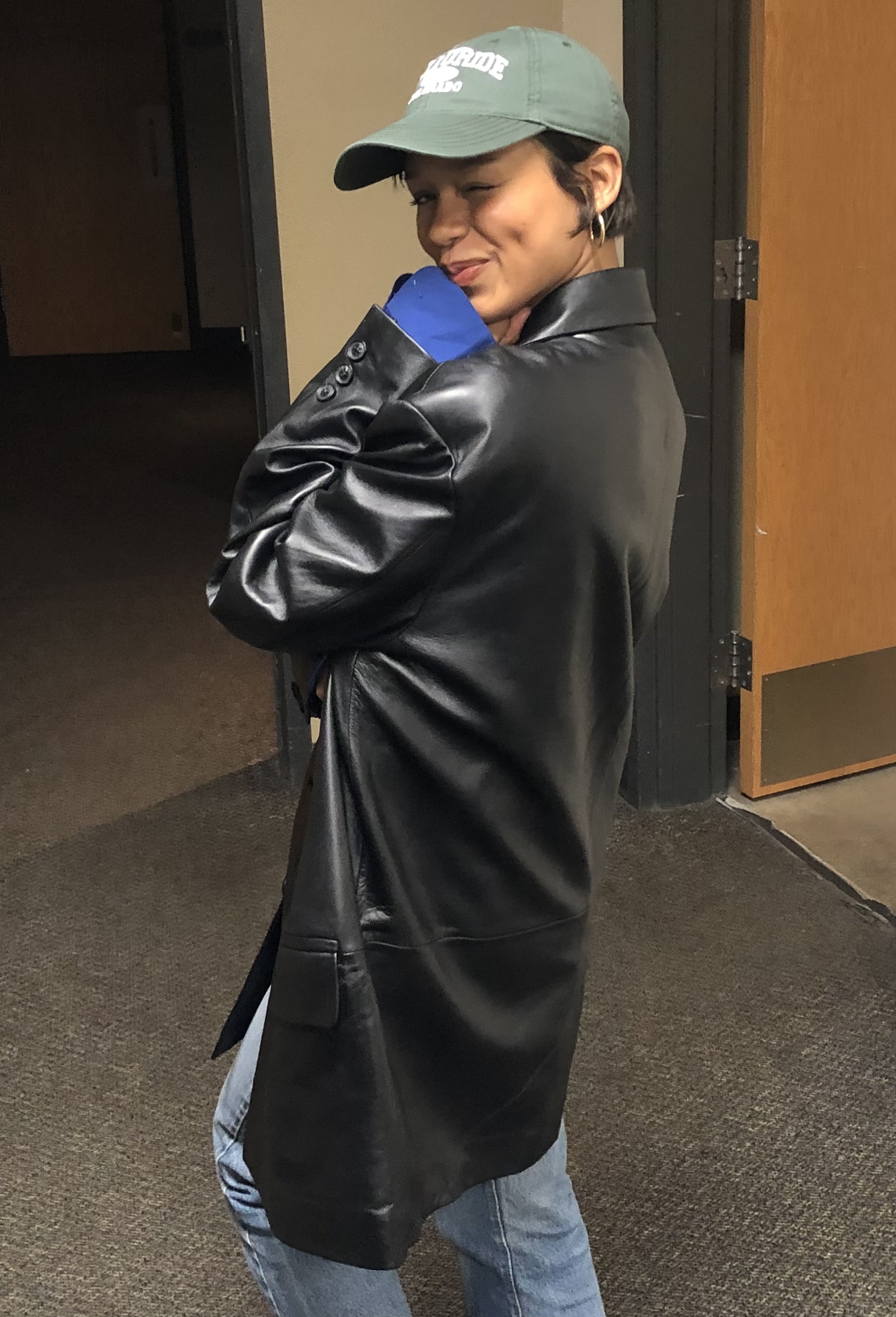 “If you look into having a cuppa tea or a cup of coffee, there are people dying to provide that. Our film’s a beautiful allegory of our consumptive, narcissistic society. I’m on no high seat saying that; I’m just as guilty as anyone else,” he admitted.

”Now, are we going to stop? We can’t! We’re consuming the earth!” he said looking utterly disgusted.

He observed, philosophically, “There are so many ways to consume another person, other than eating them.”

At its heart though, Bones and All  is a love story, said Rylance, involving the fine young cannibals played by Chalamet and Russell.

“Deeply” Regrets Comedy Video That Led To Child Sex Abuse Suit: “It Wasn’t Funny At All”