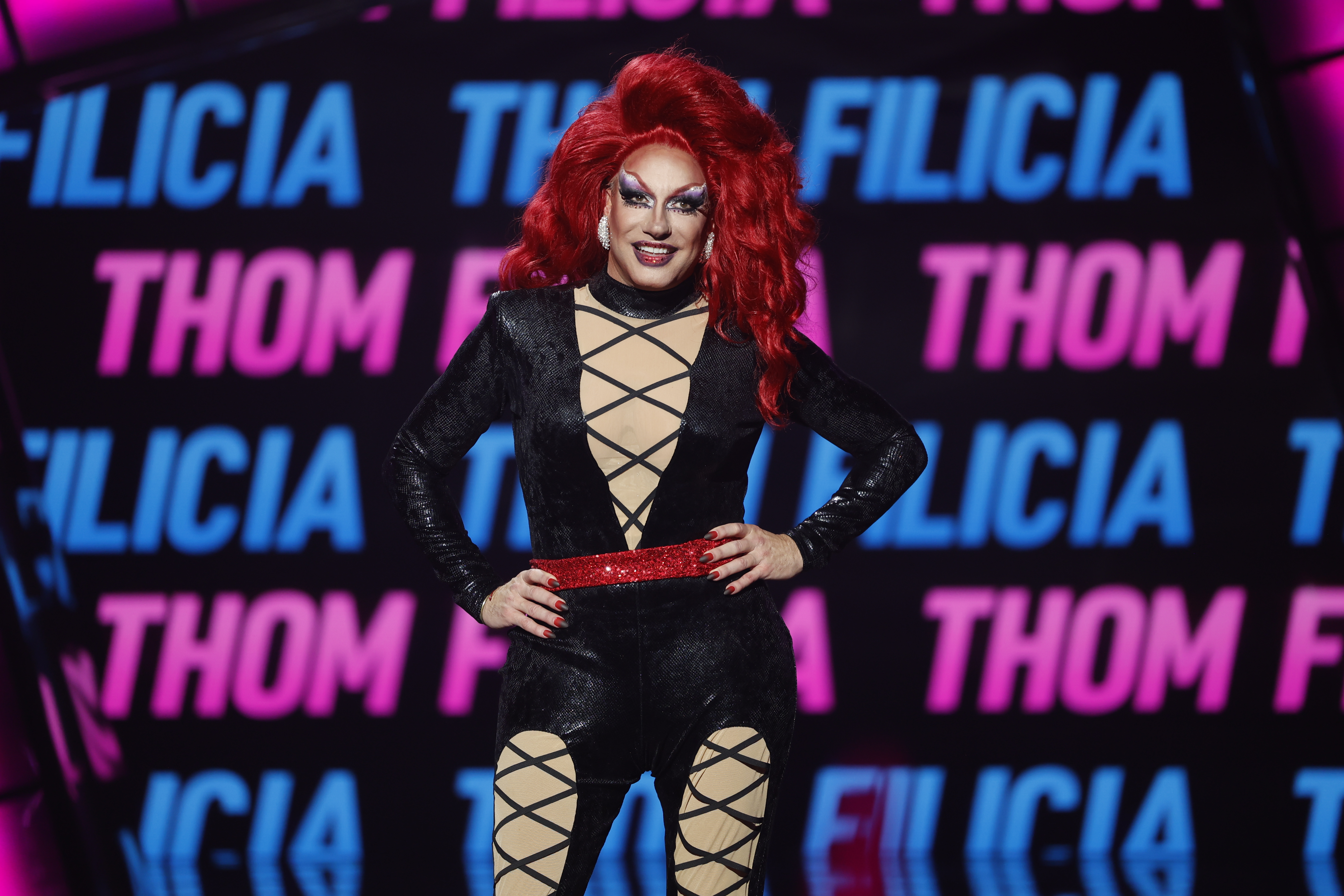 One of the original stars of Queer Eye has been unearthed on Secret Celebrity Drag Race season 2, becoming the third competitor to be unmasked in the dazzling competition.

Over the past couple of weeks, two bona fide entertainment legends graced the runway, as Dreamgirls legend Loretta Devine became the first star to be told to sashay away, followed by Tell It To My Heart singer Taylor Dayne, who soared to fame in the 1980s.

Next up, it was Jackie Would’s turn to bid farewell after losing out to Donna Bellissima in the lip sync, having been made over by their Queen Supreme, Drag Race icon Jujubee.

As these first look images released exclusively by Metro.co.uk in the UK reveal, Jackie looked every inch a red siren in a raunchy black body suit, scarlet wig and matching belt, before being uncovered as Queer Eye star Thom Filicia.

The now-53-year-old was known as the ‘Design Doctor’, as the dedicated interior design expert on the programme, which was titled Queer Eye for the Straight Guy when it first launched.

Thom’s appearance proved a particularly huge delight given he was reunited with fellow original Queer Eye star Carson Kressley, the fashion expert who’s been a judge on Drag Race since 2015.

‘You totally had me fooled. I watched you on QE, but I had no clue who you were! You were GREAT on Drag Race! I think it is funny that Carson didn’t know it was you. I’m glad your brother is well now,’ one person tweeted following Thom’s performance.

‘I hate to see @ThomFilicia go tonight, but I loved seeing him and @CarsonKressley back together,’ someone else wrote.

Another fan admitted that they knew it was the interior designer, given his voice is so distinctive.

‘Good Lawd, we all know it’s Thom Filicia. He is one cast member who should not talk, as his voice is so unique,’ they remarked.

There are now six celebrities remaining in the competition, including Chakra 7 and Chic-Li-Fay, who earned a double win during the latest episode.

The other drag performers competing yet to be unmasked include Donna Bellissima, Milli von Sunshine, Poppy Love and Thirsty von Trap.

With fans putting forward their guesses for the famous faces underneath the makeup, who’ll be revealed next?

RuPaul’s Secret Celebrity Drag Race is available to stream on WOW Presents Plus with new episodes released on Saturdays in the UK. Tickets are now on sale for RuPaul’s DragCon UK 2023, which are available here.