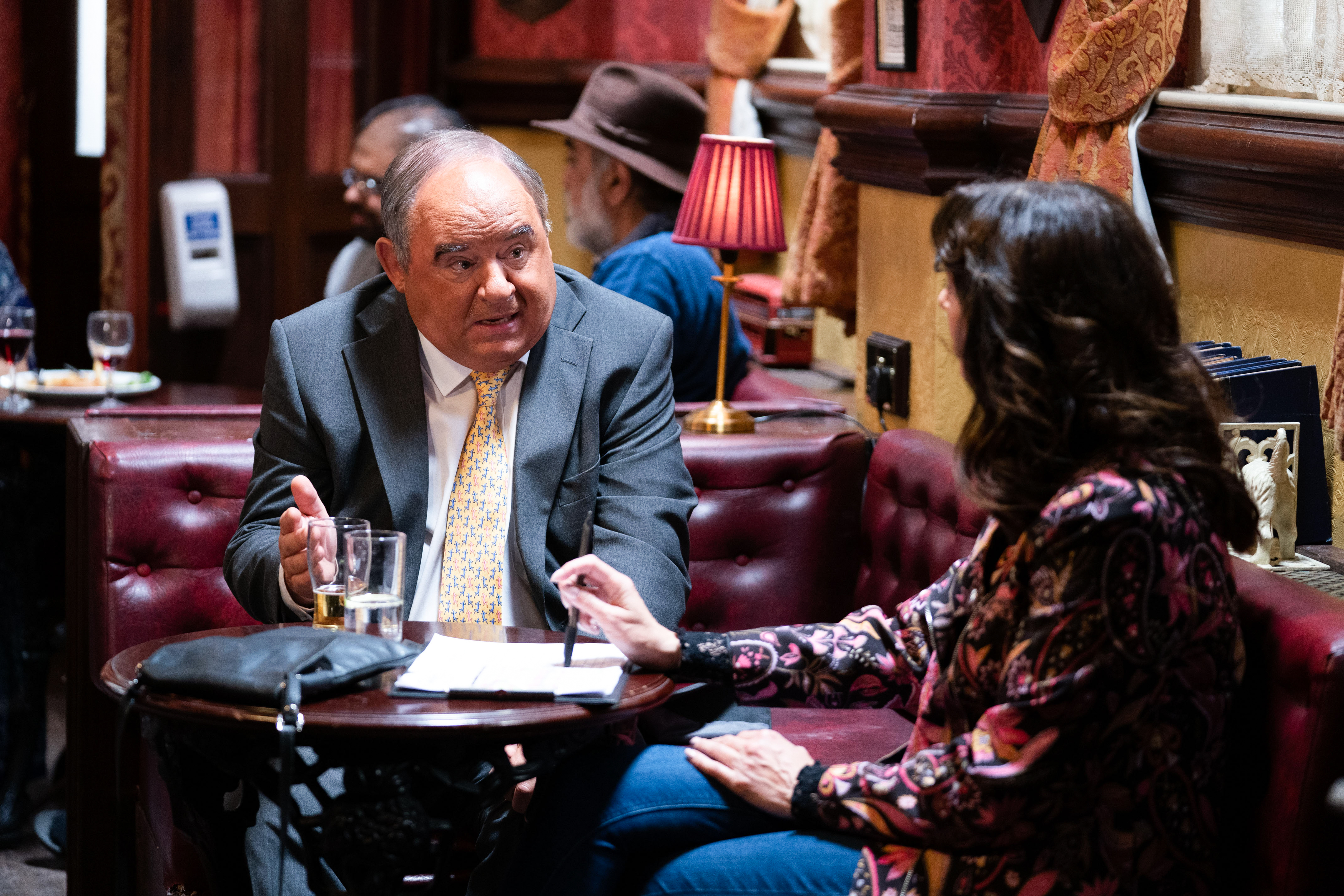 Mr Lister is the current market inspector in EastEnders, but did you know actor Nick Wilton previously appeared in a Specsavers advert alongside chef Gordon Ramsay?

The advert in question sees Nick walk into what he thinks is a steam room.

As he takes off his robe, it soon becomes apparent he absolutely is not in a sauna.

Once the steam has cleared, Nick realises he is actually sat naked in Gordon Ramsay’s busy kitchen!

Specsavers iconic ‘should’ve gone to Specsavers’ slogan then appears on screen, as a furious Gordon chops up a sausage while all Nick can do is sit in silence in front of everyone.

Over in EastEnders, Mr Lister, who first arrived in 2008, recently tried to impress Honey (Emma Barton).

In tonight’s episode, Honey will embrace a challenge set by her friends of saying yes to everything (within reason, of course).

When Mr Lister invites her for lunch, Honey sticks to the plan and says yes, which leave Billy (Perry Fenwick) gutted, as he’s hoping to reunite after her relationship with Jay (Jamie Borthwick) came to an end.

Away from the BBC One soap, Nick also has credits in Casualty, Doc Martin and Doctors.