The Deal Or No Deal host made the cheeky remark during an appearance on last night's Extra Camp – just moments after 56-year-old Nick became the latest celebrity to be booted out of the jungle. 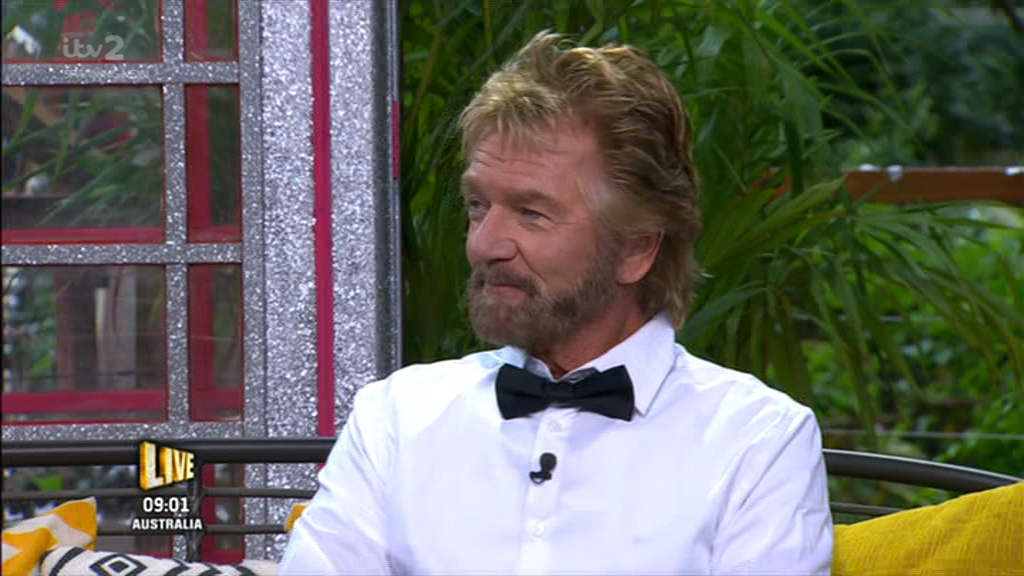 Scarlett joked: "In a world where image is everything, our celebrities have pulled out all of the stops to make sure they look fabulous."

The first nomination was Nick in his budgie smugglers, with Noel, 69, also being nominated for his emperor costume.

When the former Gogglebox star asked Noel how it felt to be nominated, the presenter quipped: "Well, I am overwhelmed – and I feel sorry for Nick because clearly the budgie has died." 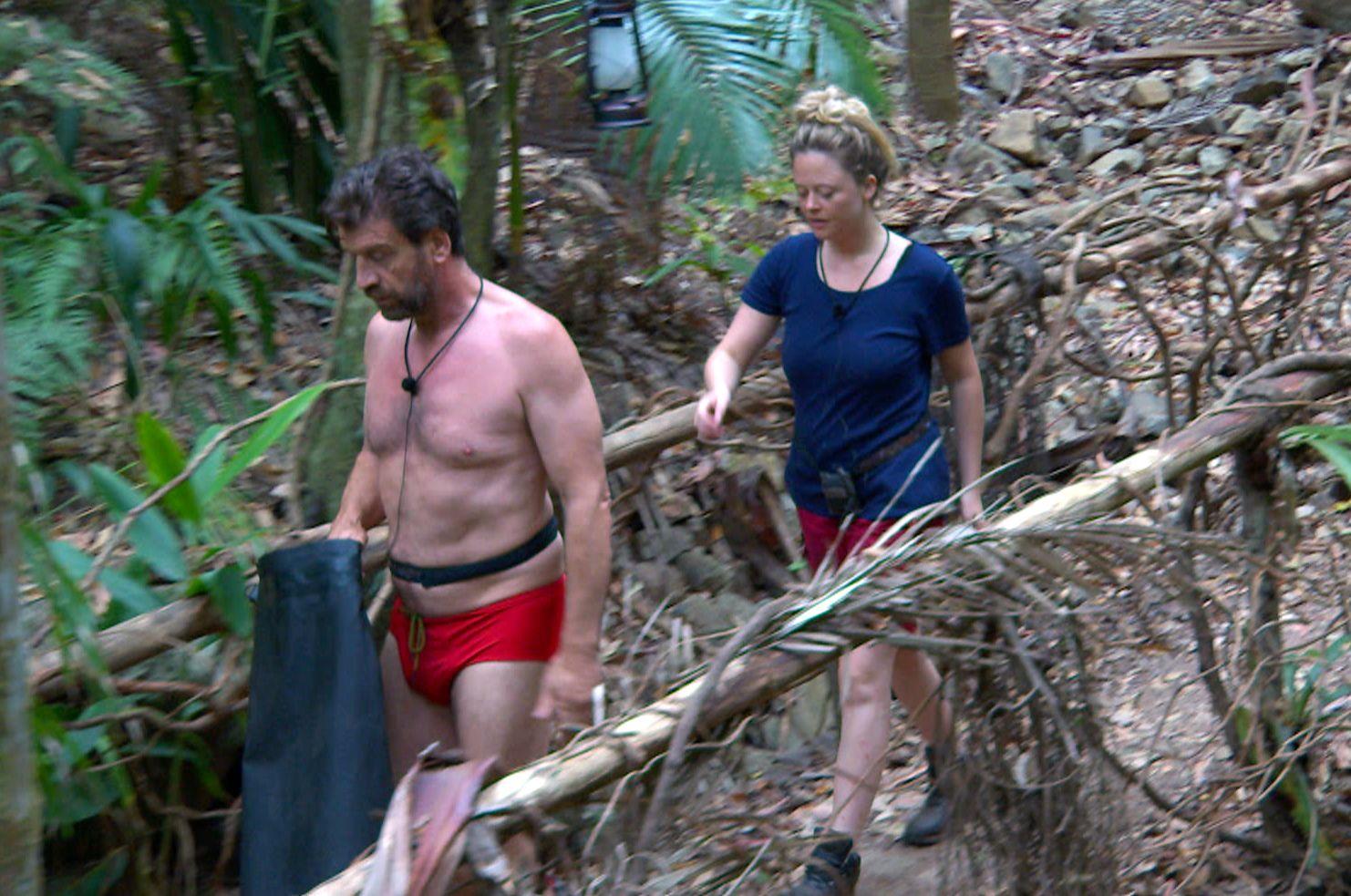 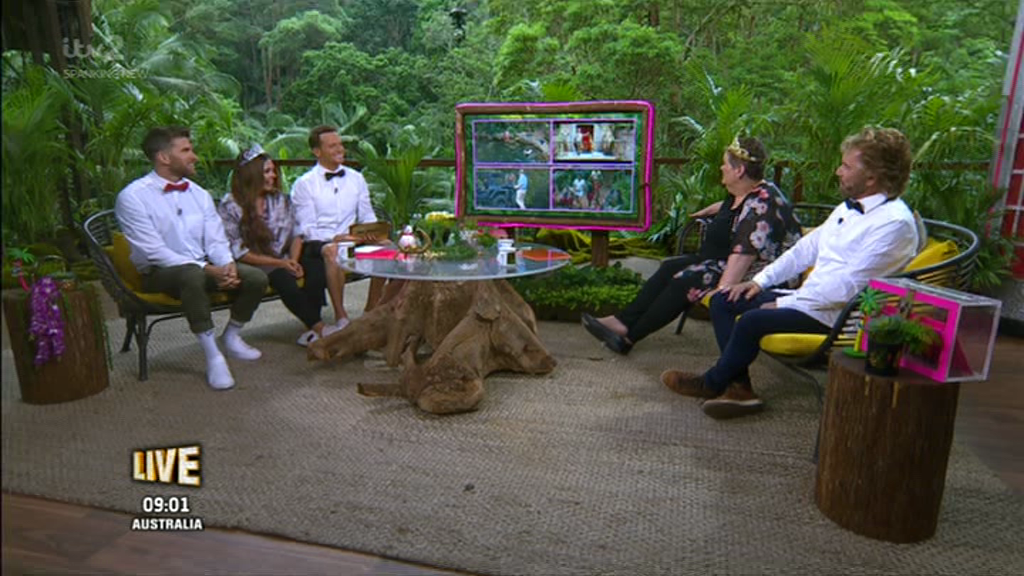 This isn't the first time that Noel has taken an Extra Camp swipe at his I'm A Celeb co-star – previously calling Nick a "little p***" during his eviction interview.

When Scarlett asked if Nick was 'needling him', Noel responded: "Nick, I think is great, he's a natural leader and he just wanted to make sure we were led.

"I do have a problem sometimes with rules and regulations. There was no needle, maybe just a little prick." 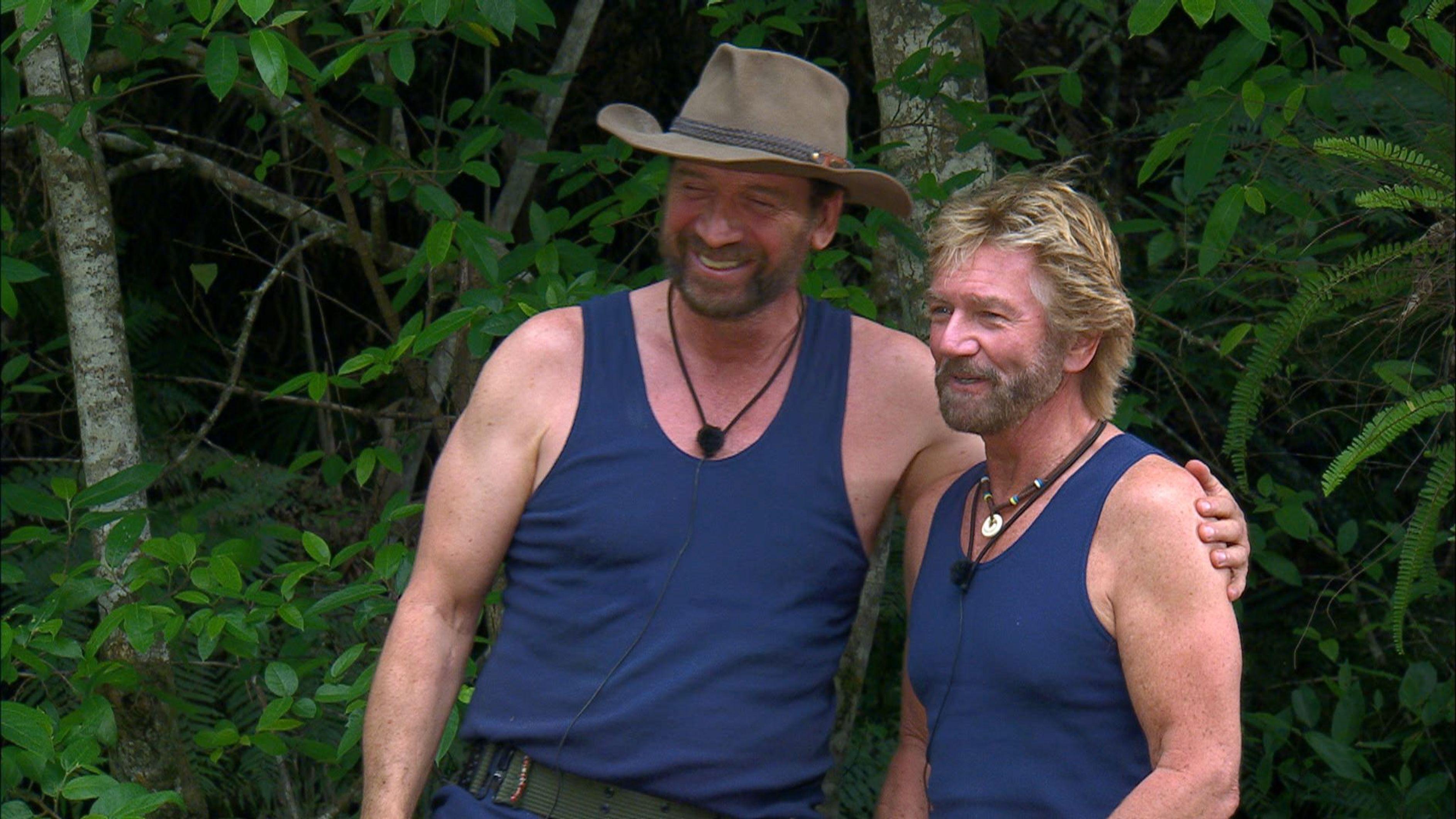 Earlier this week, it was also revealed that Nick and Noel had a heated bust-up in the jungle after Noel insisted that humans did not descend from apes.

Bosses edited out the scenes in which eccentric Noel refused to accept the theory of evolution in a row with the DIY SOS star.

News of the cut scene came to light following Malique Thompson-Dwyer's eviction – with the Hollyoaks star saying that he tried to stay out of the duo’s campfire clashes.

Malique said: "They were having these big disputes. They debated evolution, and Nick said we have all evolved from monkeys and I don’t think Noel believes it.

"Half the time I thought, ‘I’m not even listening to what they say'."